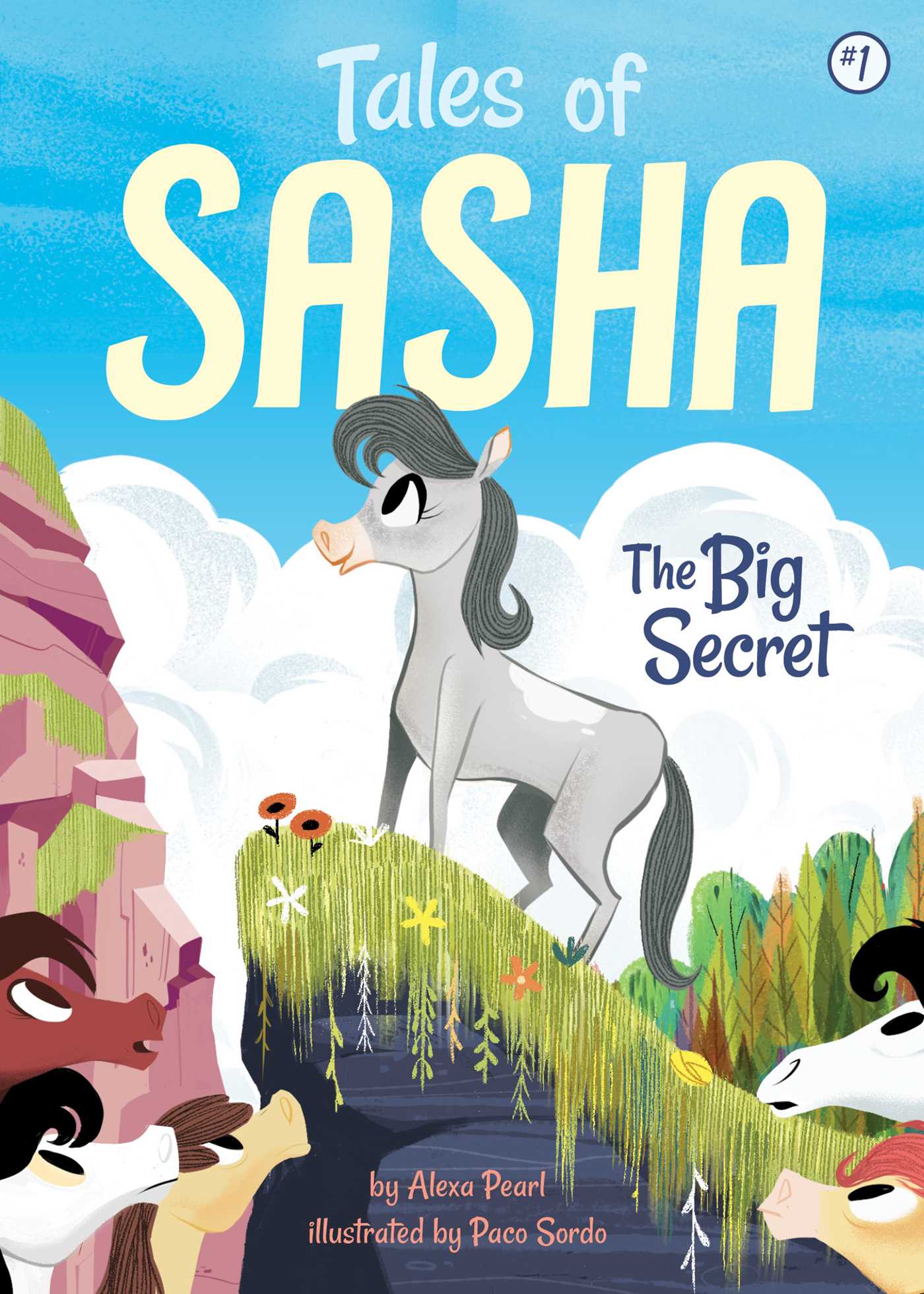 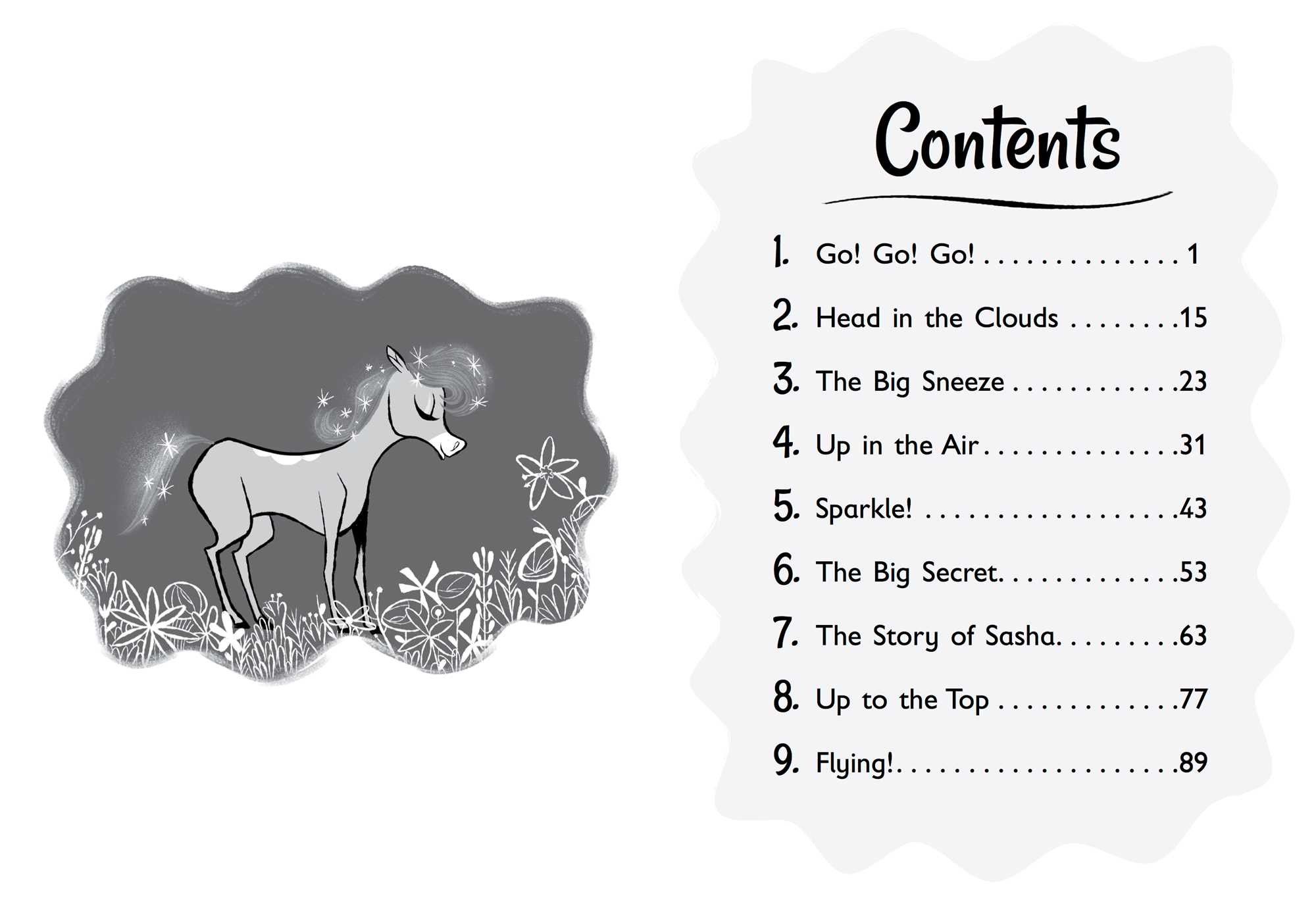 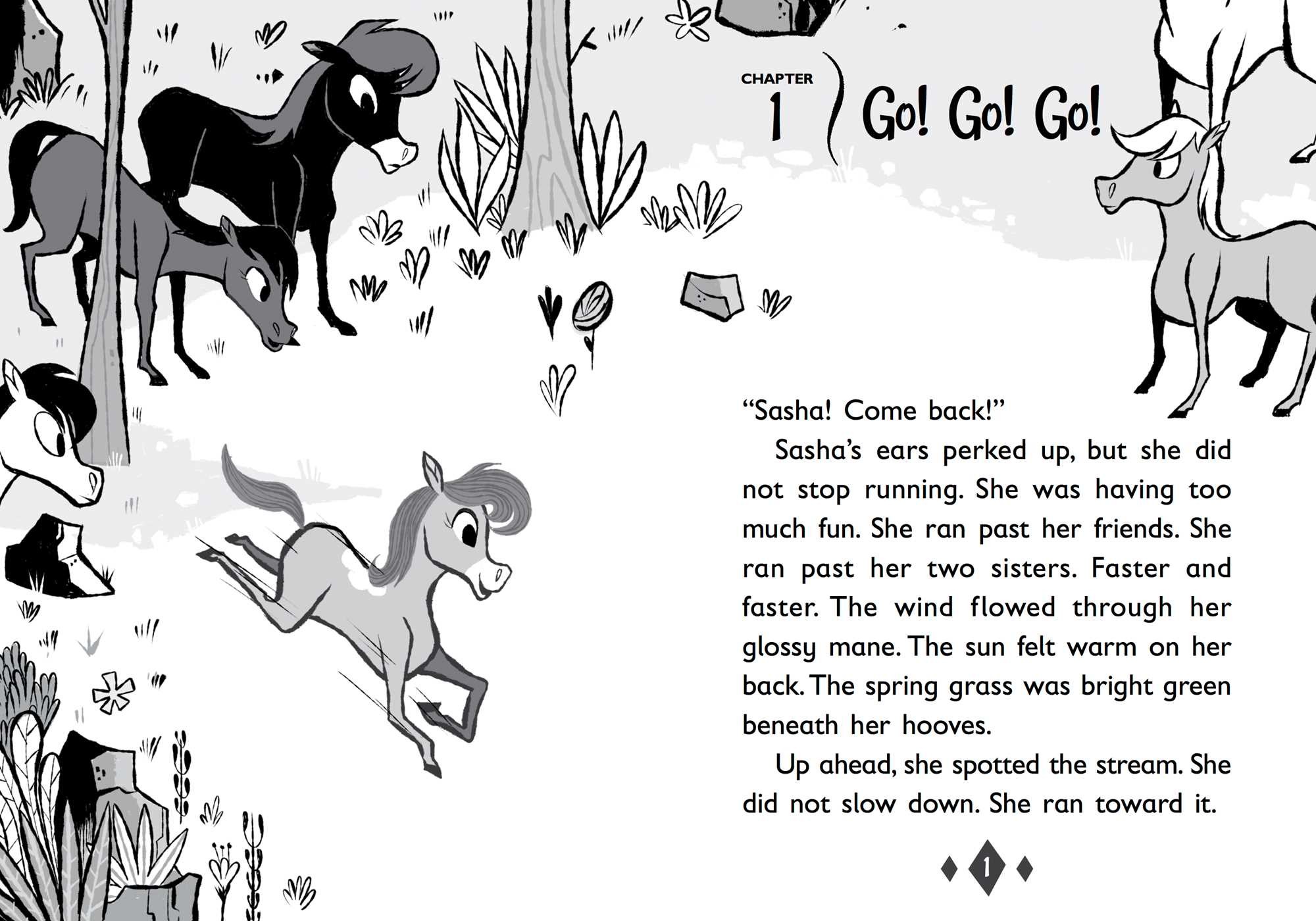 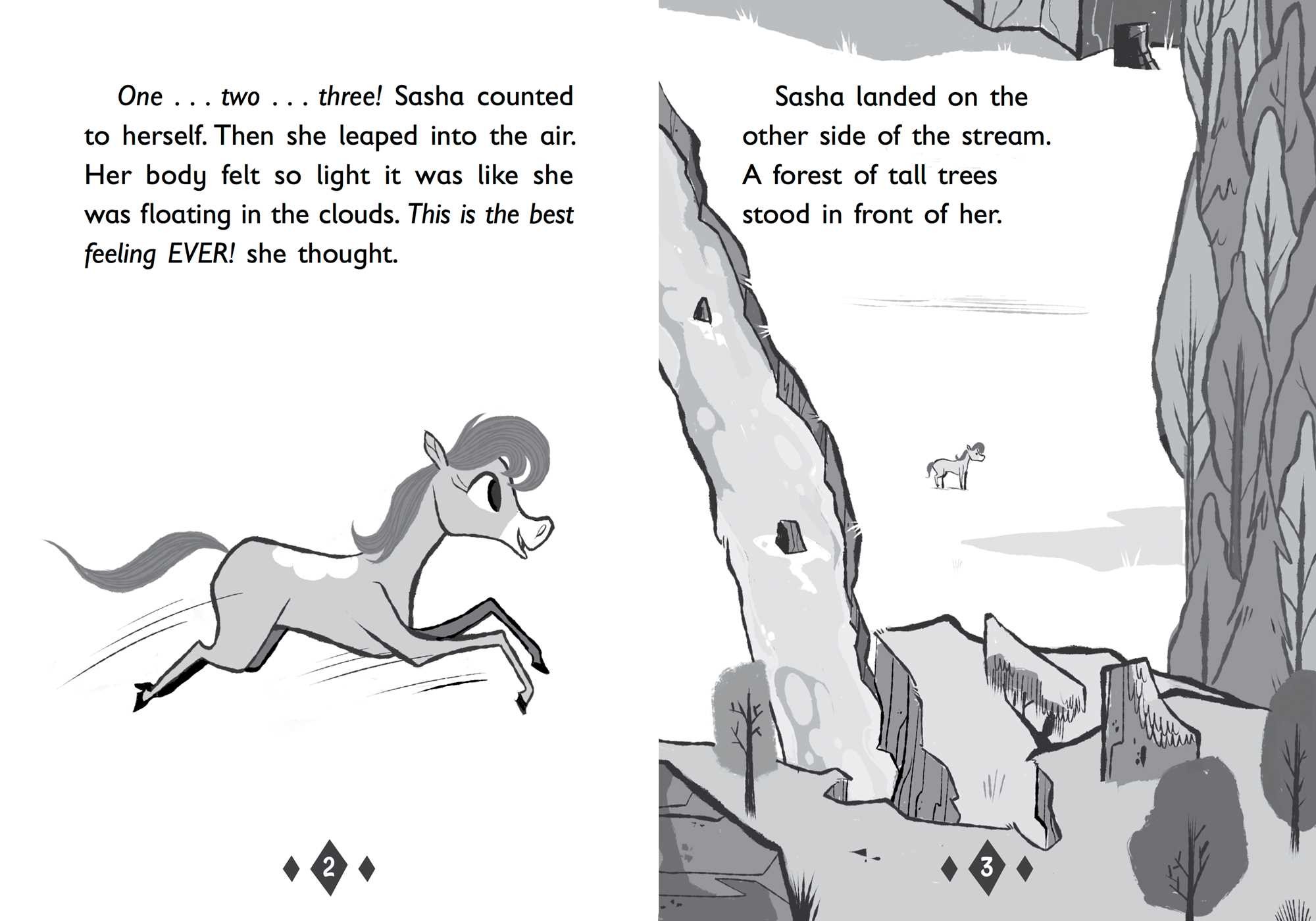 Tales of Sasha 1: The Big Secret

In the Tales of Sasha series debut, Sasha discovers that she really isn't like the other horses in her valley when wings sprout from her back and she soars through the air!

In the first book of Tales of Sasha, readers meet Sasha, a kindhearted young horse who has always felt a little bit different from the other horses in Verdant Valley. For starters, she looks nothing like her two older sisters, Zara and Poppy, who are black and brown while Sasha is pale gray—except for a small white patch on her back. Sasha also loves running and jumping and the feeling of being in the air, and she longs to explore the forest beyond her valley.

One day during school, Sasha is having trouble concentrating, and the white patch on her back gives her an itching feeling that makes her want to soar. She tries to ignore it but finds that she can’t and ends up running and leaping over the big rock she and her classmates were approaching. When she lands on the other side, she realizes that her patch is sparkling! She heads to find her parents, and when she tells them about what happened they decide it’s time to tell Sasha their big secret: during a storm years ago, they found Sasha as a baby foal wrapped in a golden blanket with a note that said “Please keep Sasha safe until we can see her again.”

Sasha is shocked and decides not to tell anyone. She wonders where she came from, and she gets the idea that perhaps it was somewhere closer to the sky, like the top of Mystic Mountain! She convinces her better-than-best friend Wyatt to climb the mountain with her, and while they’re playing follow-the-leader Sasha jumps too far over a bush and ends up going off the cliff! But much to her surprise, she doesn’t fall. Instead two huge wings sprout from the white patch on her back, and she’s able to soar over the mountain. She wonders if her birth parents could fly too, and decides it’s time for her to set out and find them.

With easy-to-read language and illustrations on almost every page, the Tales of Sasha chapter books are perfect for beginning readers.

A young horse discovers the magical reason why she doesn't fit in. Sasha isn't like the other horses in her herd. She loves running and craves adventure more than the others, especially her ladylike older sisters. She struggles in school with an "itchy feeling" of anticipation, which leaves her fidgety, unable to stay still or pay attention. As much as she tries to behave, she can't fight her desire to run and jump-especially to jump. When the white patch on her back, the itching's source, begins to sparkle, she goes to her parents for answers and gets more than she expected. Sasha was adopted; she joined their family as a newborn when, during a huge thunderstorm, a blast of sparkling rainbow lightning left Sasha behind with a letter asking her parents to take care of her. Wanting to know more, Sasha and her best friend go hiking at the mountain where her parents found her. Near the top of the mountain, an accidentally-too-enthusiastic jump launches Sasha off the mountain-whereupon she sprouts wings from her white patch and flies. Energetic readers will relate to Sasha's manic, kinetic energy and envy her flight abilities. The sequel, &lt;i&gt;Journey Beyond the Trees&lt;/i&gt;, releasing simultaneously, continues bold Sasha's quest for answers as she travels in search of her kind. Gentle black-and-white art emphasizes the horses' expressive eyes and manes. Sweet and spunky. (Fantasy. 6-8)

This first book in the Tales of Sasha series focuses on a horse who doesn't fit in with her fellow equines. Sasha loves to run and longs to explore beyond the confines of Verdant Valley. Her displacement begins to make more sense after her parents reveal that they originally found her during a rainstorm-and after she sprouts giant wings from her back. Smoothly incorporated into each page, Sordo's black-and-white artwork (not all seen by PW) has a fresh, cartoony look that feels squarely aimed at fans of My Little Pony: Friendship Is Magic. The story's straightforward language is well-crafted for beginning readers, and what the story lacks in humor it makes up for with adventure, particularly during Sasha's accidental plunge off a mountain when her wings make their first appearance. Available simultaneously: &lt;i&gt;Journey Beyond the Trees.&lt;/i&gt; Ages 6-8. Illustrator's agency: Advocate Art. (Jan.)

Tales of Sasha 1: The Big Secret

More books in this series: Tales of Sasha