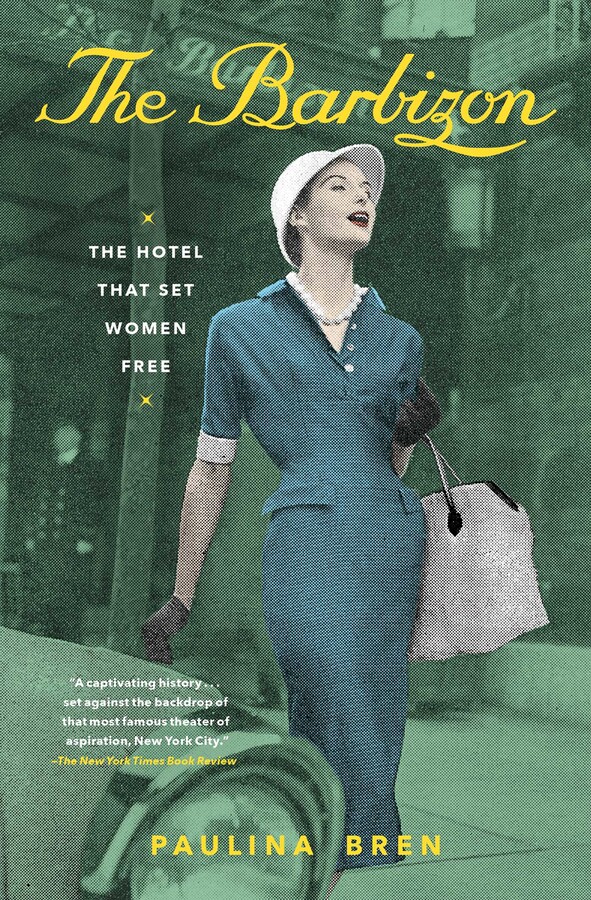 The Barbizon
By Paulina Bren
Read by Andi Arndt

The Hotel That Set Women Free

By Paulina Bren
PRICE MAY VARY BY RETAILER

Liberated from home and hearth by World War I, politically enfranchised and ready to work, women arrived to take their place in the dazzling new skyscrapers of Manhattan. But they did not want to stay in uncomfortable boarding houses. They wanted what men already had—exclusive residential hotels with maid service, workout rooms, and private dining.

Built in 1927, at the height of the Roaring Twenties, the Barbizon Hotel was designed as a luxurious safe haven for the “Modern Woman” hoping for a career in the arts. Over time, it became the place to stay for any ambitious young woman hoping for fame and fortune. Sylvia Plath fictionalized her time there in The Bell Jar, and, over the years, it’s almost 700 tiny rooms with matching floral curtains and bedspreads housed, among many others, Titanic survivor Molly Brown; actresses Grace Kelly, Liza Minnelli, Ali MacGraw, Jaclyn Smith; and writers Joan Didion, Gael Greene, Diane Johnson, Meg Wolitzer. Mademoiselle magazine boarded its summer interns there, as did Katharine Gibbs Secretarial School its students and the Ford Modeling Agency its young models. Before the hotel’s residents were household names, they were young women arriving at the Barbizon with a suitcase and a dream.

Not everyone who passed through the Barbizon’s doors was destined for success—for some, it was a story of dashed hopes—but until 1981, when men were finally let in, the Barbizon offered its residents a room of their own and a life without family obligations. It gave women a chance to remake themselves however they pleased; it was the hotel that set them free. No place had existed like it before or has since.

“Poignant and intriguing” (The New Republic), The Barbizon weaves together a tale that has, until now, never been told. It is both a vivid portrait of the lives of these young women looking for something more and a “brilliant many-layered social history of women’s ambition and a rapidly changing New York through the 20th century” (The Guardian). 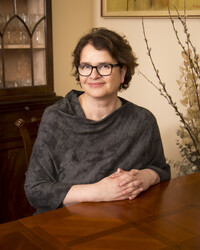 Paulina Bren is an award-winning historian and a professor at Vassar College, where she teaches international, gender, and media studies. She received a BA from Wesleyan University, an MA in international studies from the University of Washington, and a PhD in history from New York University. She currently lives in the Bronx with her husband and daughter.

"More than a biography of a building, the book is an absorbing history of labor and women’s rights in one of the country’s largest cities, and also of the places that those women left behind to chase their dreams."

"A captivating history... Bren’s book is really about the changing cultural perceptions of women’s ambition throughout the last century, set against the backdrop of that most famous theater of aspiration, New York City....Bren draws on an impressive amount of archival research, and pays tender attention to each of the women she profiles."

"Among the handful of iconic hotels closely entwined with New York’s cultural history, the Barbizon is perhaps less widely known than the Plaza, Algonquin or Waldorf Astoria. But as Paulina Bren’s beguiling new book makes clear, its place in the city’s storied past is no less deserving...In this captivating portrait, the hotel comes alive again as an enchanted site of a bygone era."

"The first history of the hotel and the ambitious women who stayed there...poignant and intriguing."

"While Bren’s book is packed with juicy midcentury gossip, it’s also full of lesser-known characters who light up the pages...It all serves as a potent reminder of how important a little space can be in the quest for freedom."

“With enough smoldering glamour to make Mad Men look dreary…Bren’s captivating book tells the story of this women’s residential hotel, from its construction in 1927 on Manhattan’s 140 East 63rd Street, to its eventual conversion into multimillion-dollar condominiums in 2007. But it is also a brilliant many-layered social history of women’s ambition and a rapidly changing New York throughout the 20th century.”

"So you say that you love to read biographies. Generals, actors, scientists, politicians, add this to your list. The Barbizon is a biography of a hotel. And yet, a building is nothing but materials, so author Paulina Bren weaves concrete and glass with confidence and glitz, and Carols and Gaels. She opens her tale in a just-right manner, with money and a deliciously outrageous woman, proceeding then through decades of American fads and ideals, stretching from Dust Bowl to disco….Irresistibly readable.”

"Varying delectably in cadence, from high-heel tapping and typewriter clacking to sinuous and reflective passages analyzing the complex forms of adversity Barbizon women faced over the decades, Bren’s engrossing and illuminating inquiry portrays the original Barbizon as a vital microcosm of the long quest for women's equality."

"[An] insightful, well-written account...[Bren] details the lives of some of the Barbizon’s most well-known residents, including Molly Brown, Grace Kelly, Sylvia Plath, and Joan Didion, and provides historical context about midcentury single women, careers, and sex...A must read for anyone interested in the history of 20th-century women’s lives, fashion, publishing, and New York."

"Bren elegantly weaves interviews with former residents and archival research with context on the social and political conditions that limited midcentury women."

"A rare glimpse behind the doors of New York’s famous women-only residential hotel...Drawing on extensive research, extant letters, and numerous interviews, Bren beautifully weaves together the political climate of the times and the illuminating personal stories of the Barbizon residents...Elegant prose brings a rich cultural history alive."

"An entertaining and enlightening account of New York’s Barbizon Hotel and the role it played in fostering women’s ambitions in 20th-century America...Carefully researched yet breezily written, this appealing history gives the Barbizon its rightful turn in the spotlight."

"Before Sex and the Single Girl, before “Sex and the City,” there was the Barbizon.  It was a romantic building with a romantic purpose:  It fixed a woman up with her dreams. Paulina Bren has written a stylish, charming history of a unique institution, brimming with aspiration and idiosyncrasy, and one that allowed a woman to survive without either marrying someone or cooking him dinner – even when she was barred from so much as taking a seat at the bar."

– STACY SCHIFF, author of The Witches and Pulitzer Prize Winner

"Residents of the Barbizon Hotel were once described as 'young women alone.' Thanks to Paulina Bren, they are alone no longer. The Barbizon is a fascinating social history of a forgotten place and time and an intimate portrait of women, trying to find their way in a pre-feminist world. I'll never look at a hotel and think the same way again."

"This is the history I’ve been wanting to read all my life. I just didn’t know where to look. How delightful to find it in the legacy of this magical hotel, captured in brilliant detail by the masterful Paulina Bren. Even if you can’t move into the Barbizon, reading this book will make you feel like you’ve lived there for years. You’ll never want to move out."

– MEGHAN DAUM, author of The Problem With Everything: My Journey Through The New Culture Wars

"From famous models to Joan Didion, from hopeful stenographers to Sylvia Plath. The Barbizon housed women who eagerly sought independence, adventure, and careers in New York City.  Besides the story of the famous women-only hotel, The Barbizon chronicles key aspects of American women's history in the first half of the twentieth century. A compelling read!"

"Bren catches the breathless tone of the times and of these women, who would succeed, flame out into indifferent, ordinary lives, or – as a chosen few, such as Grace Kelly, did – reach greatness....A stunning and surprisingly affecting piece of history."

“A lively history...The Barbizon is a story as much about 20th-century women seizing agency, in fits and starts, as it is about a hotel, and Bren tells it skillfully.”

"Fascinating...If you love the glimpses of the long-ago New York City of Midge Maisel and Peggy "Mad Men" Olson, you will want to read this true tale of a bygone New York City."

"A fascinating look at a piece of forgotten female history."

"A treat, elegantly spinning a forgotten story of female liberation, ambition and self-invention."

"Illuminating . . . this vivid, well-researched account is testament to its vibrant history and the women who made it such a powerhouse."

The Hotel That Set Women Free

By Paulina Bren
PRICE MAY VARY BY RETAILER