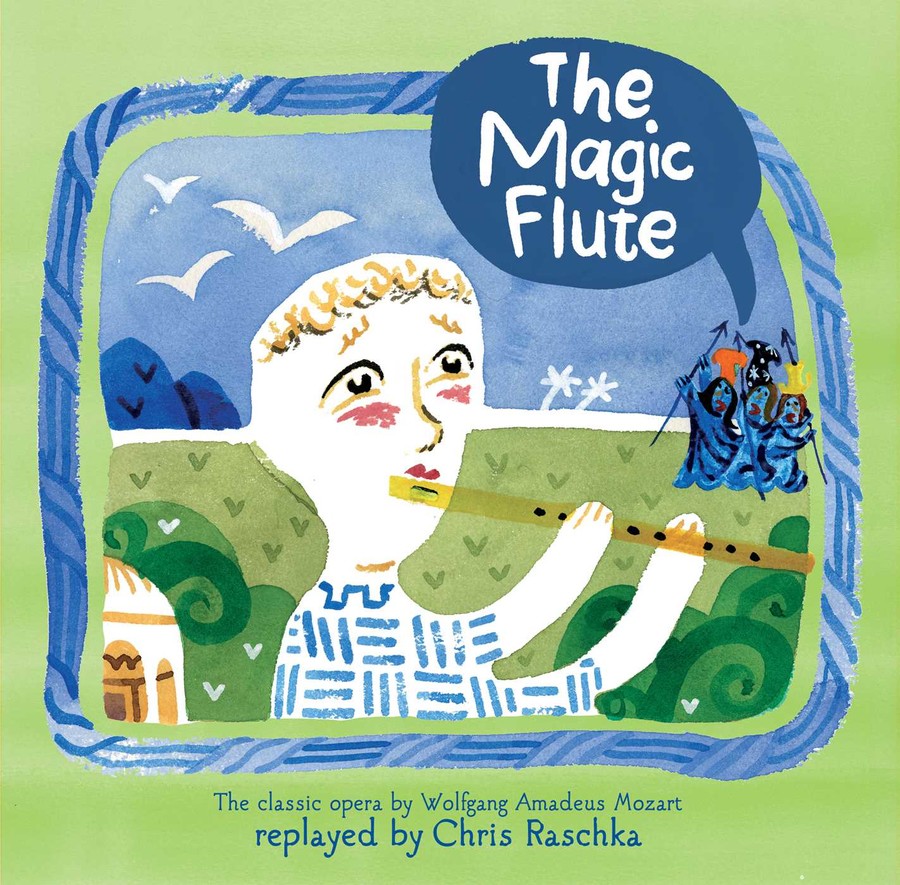 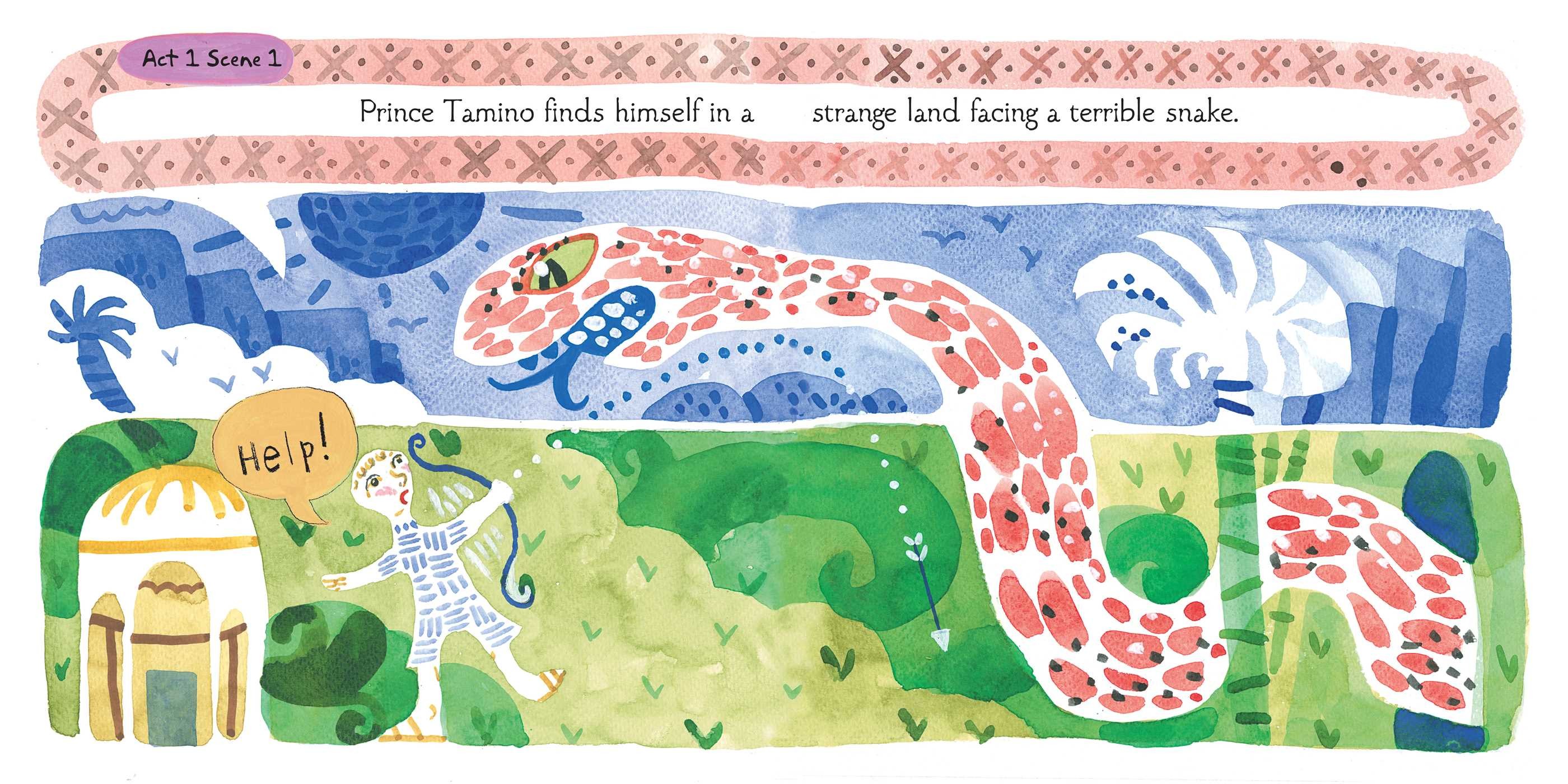 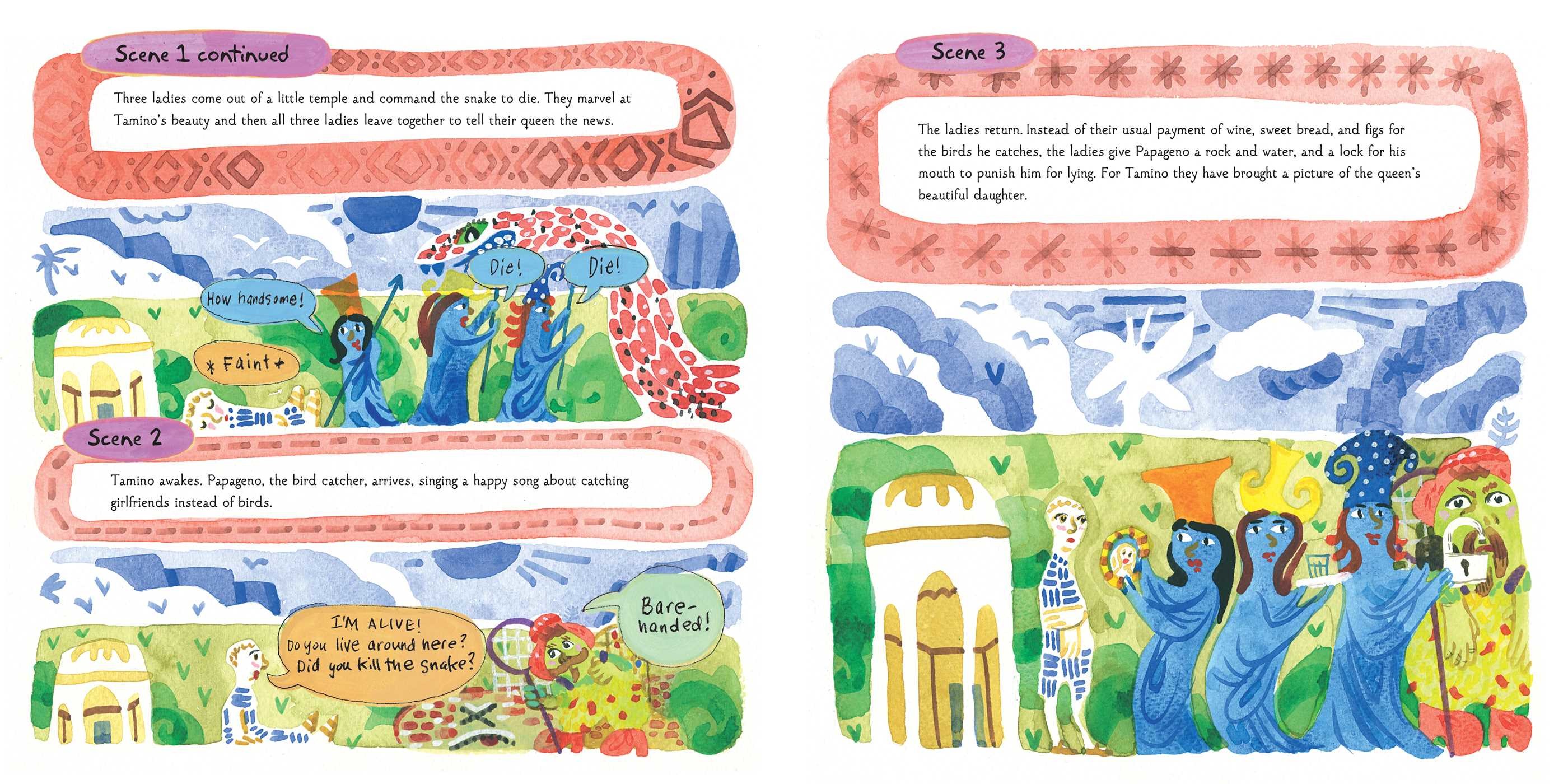 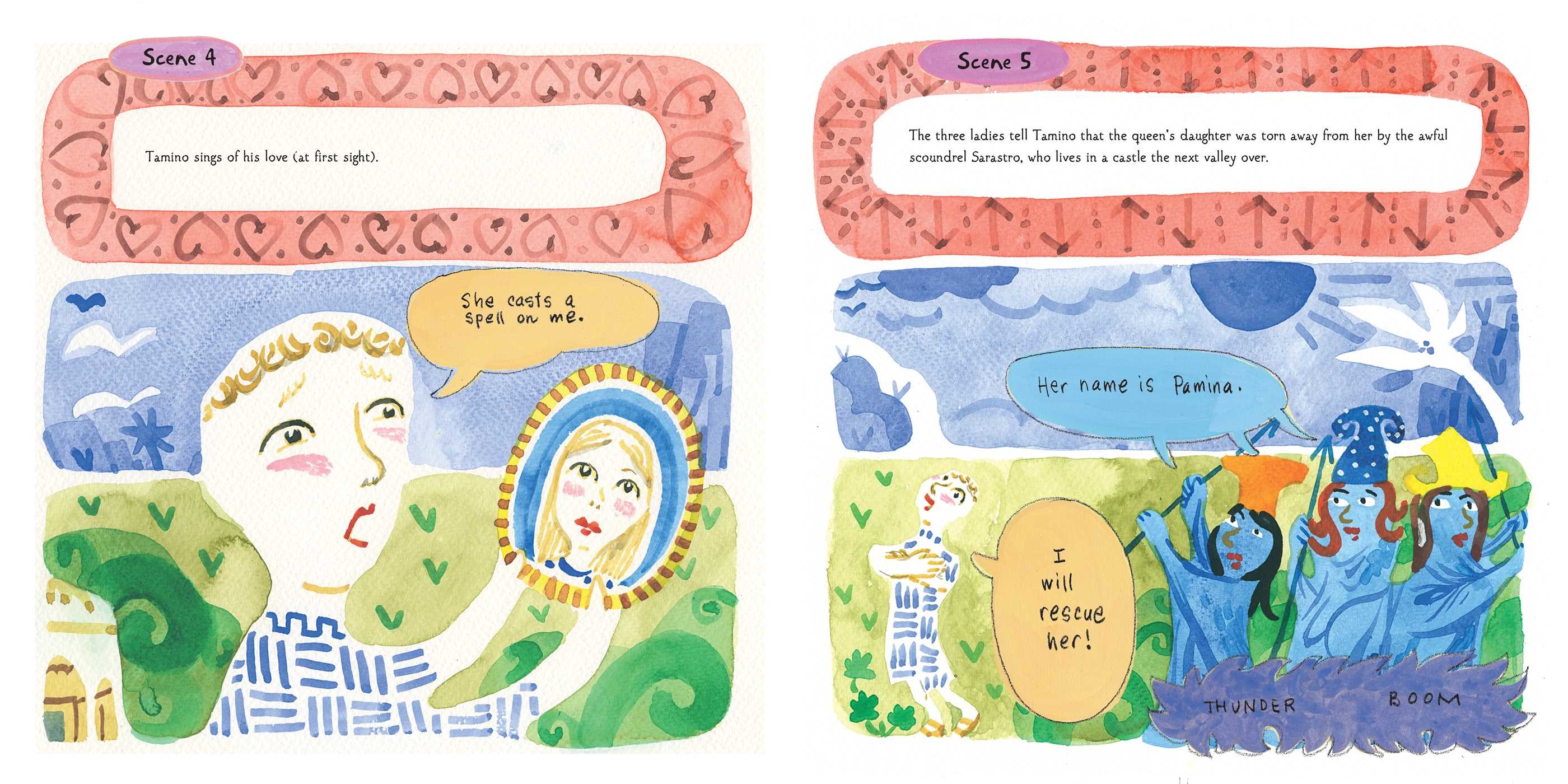 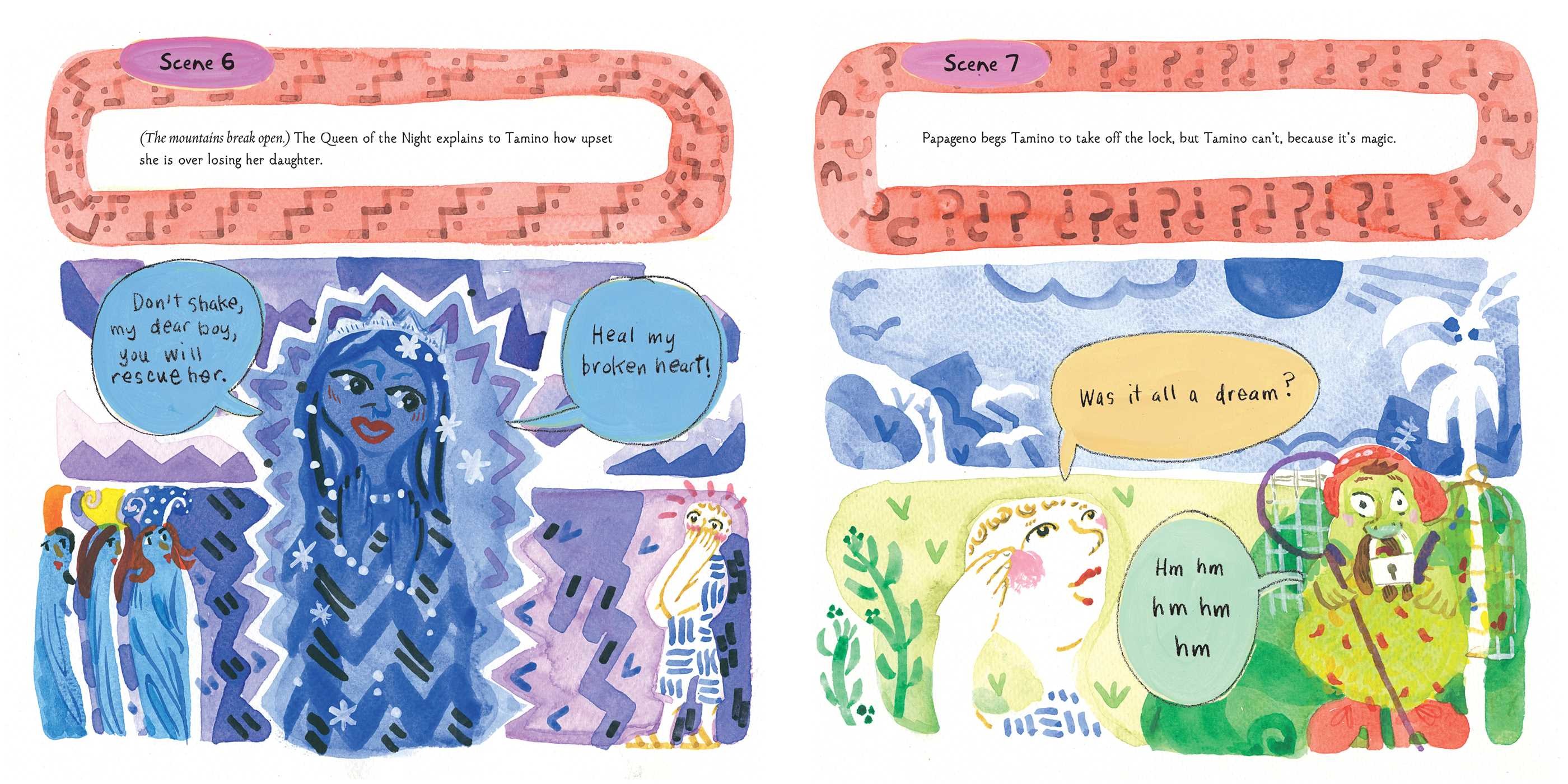 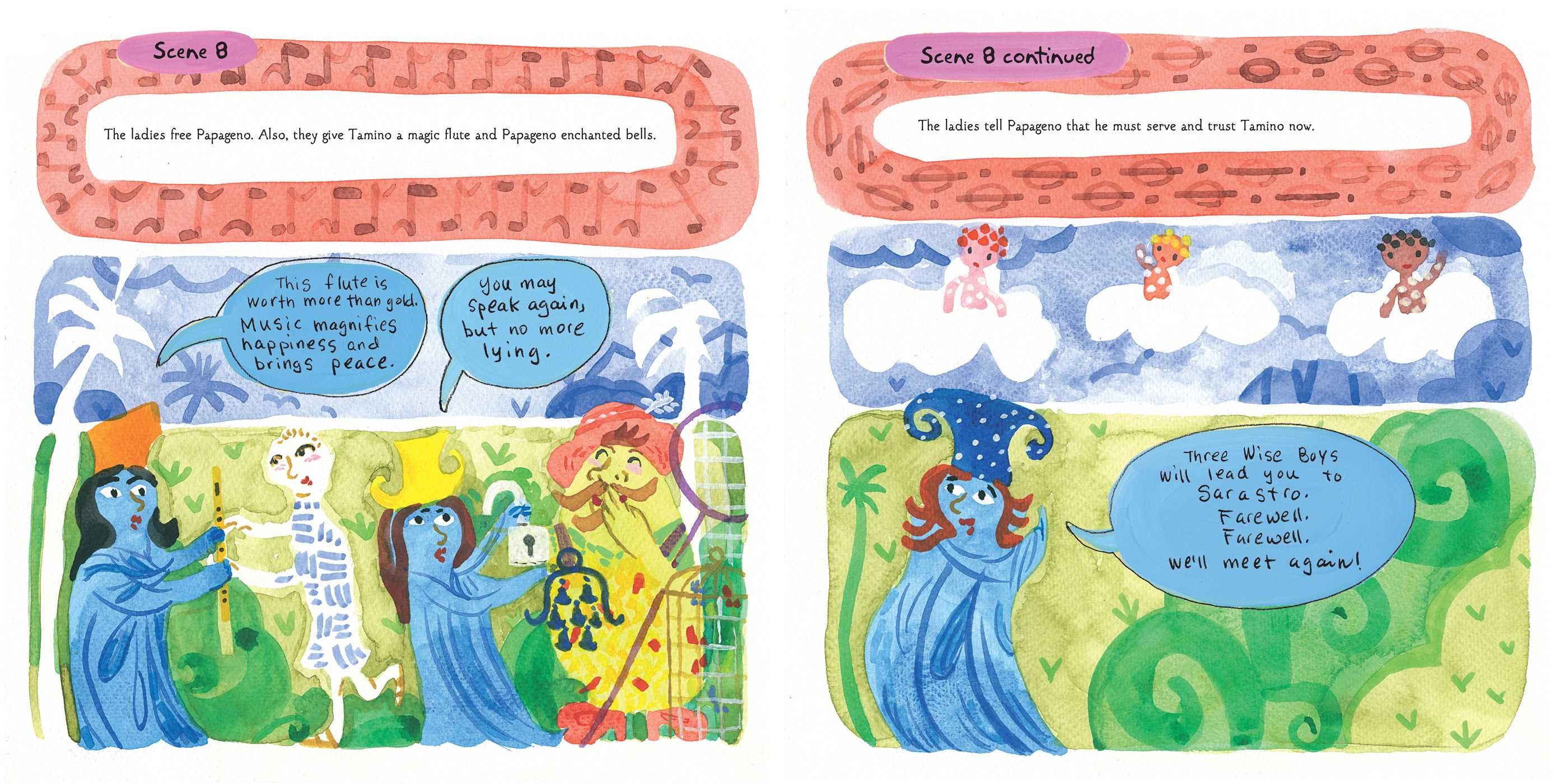 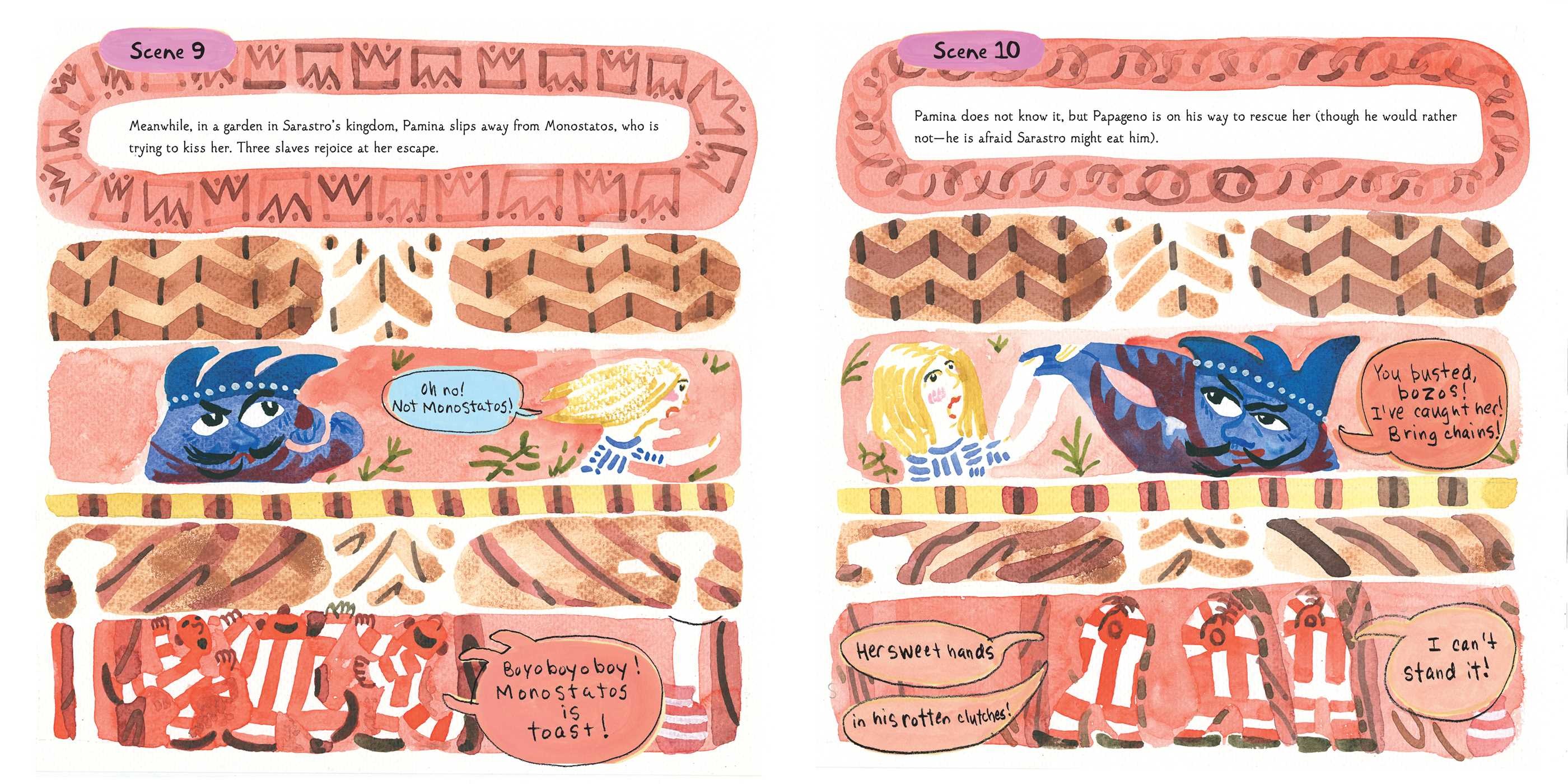 The Magic Flute is the favorite choice of many opera lovers. But ask any of them to tell you the rambunctious, mystical, and downright oddball story of the opera and no two tellers will agree.

Enter Chris Raschka, an opera goer himself. His stunning version of the original plot and the otherworldly events which inspired Mozart’s glorious music showcases his interpretation from the storytelling front curtain at the start, to the radiant finale at the end. Readers will be exclaiming, Bravo! 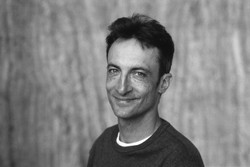 *"In one slim offering, [Raschka] manages to capture the grandeur, complexity, humor, drama, and sheer joy of opera . . . . By the time readers come to the jubilant finale, they will feel like they've been on a magical ride. This is an excellent introduction to opera, and a whole lot of fun for everyone."

"A friendly entrée into one of Mozart’s most beloved works."