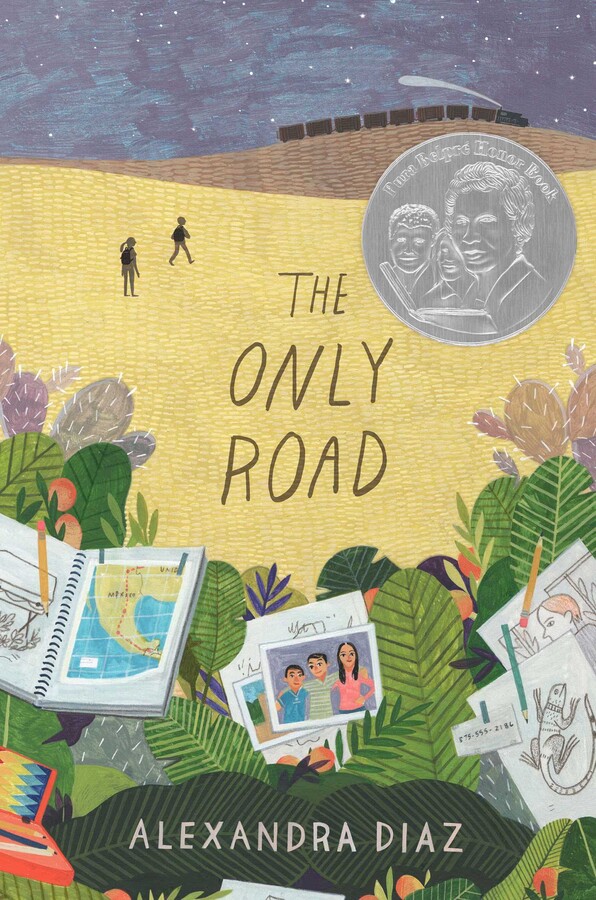 Twelve-year-old Jaime makes the treacherous and life-changing journey from his home in Guatemala to live with his older brother in the United States in this “powerful and timely” (Booklist, starred review) middle grade novel.

Jaime is sitting on his bed drawing when he hears a scream. Instantly, he knows: Miguel, his cousin and best friend, is dead.

Everyone in Jaime’s small town in Guatemala knows someone who has been killed by the Alphas, a powerful gang that’s known for violence and drug trafficking. Anyone who refuses to work for them is hurt or killed—like Miguel. With Miguel gone, Jaime fears that he is next. There’s only one choice: accompanied by his cousin Ángela, Jaime must flee his home to live with his older brother in New Mexico.

Inspired by true events, The Only Road is an individual story of a boy who feels that leaving his home and risking everything is his only chance for a better life. The story is “told with heartbreaking honesty,” Booklist raved, and “will bring readers face to face with the harsh realities immigrants go through in the hope of finding a better, safer life, and it will likely cause them to reflect on what it means to be human.”

Twelve-year old Jaime Rivera and his cousins Miguel and Ángela are a part of a close-knit family in Guatemala, but when Miguel is murdered after refusing to join a local gang involved in drug trafficking, their family is forced to make a heartbreaking decision. The Alphas have sent a message that if Jaime and Ángela stay in Guatemala, they will be next. The family has no choice but to send their children to cross the borders into Mexico and then the United States to live with Jaime’s older brother. The journey is difficult and dangerous, but their hope for a better life and the love of their family gives them the courage they need to escape.

1. Consider the book’s title. What causes Jaime and Ángela to leave Guatemala? Why do their parents believe that this choice is the only way out? Can you think of any other options for them?

2. Who are the Alphas? Why do they have so much power in Jaime’s village? Why can’t their parents just report the Alphas to the police?

3. What do Jaime and Ángela take with them in their backpacks? If you had to leave your home with nothing but a backpack, what would you bring with you?

4. Describe the sacrifices that Jaime and Ángela’s family had to make so their children can escape the Alphas.

5. Describe the role that art plays in Jaime’s life. How does art help him make it to the United States? Do you have something in your life that is similar to Jaime’s love of art?

6. How do Jaime and Ángela meet Xavi, Rafa, and Joaquín? Why do they decide to travel together?

8. The children name the dog that Xavi rescues Vida, which means “life.” Why do you think Ángela agrees to help save the dog even though she is afraid of dogs? How does Vida help protect Jaime and Ángela?

9. Why do you think the author chose to include realistic descriptions of violence in this story? In your opinion, which step of the journey was the scariest? How did Jaime and Ángela survive this part of their journey?

10. On Jaime and Ángela’s journey, they meet many people who are trying to immigrate to the United States. What are some of the reasons that people have for leaving their homes and risking the dangerous journey across the border?

11. What is Joaquín’s secret? Looking back, were there hints that foreshadowed the fact that Joaquín was hiding something? Why did Joaquín feel that traveling in disguise was necessary?

12. Jaime and Ángela meet several people who help them along their journey. Describe each person that helps them. What do you think motivates each of their helpers?

13. In many ways, this is a novel about loss and discovery. What do Jaime and Ángela lose? What do they discover in the process?

14. If you had to make a journey like Jaime and Ángela’s, do you think you could? What would be the hardest thing about it?

15. What do you think happened to Jaime and Ángela after the end of the novel? Imagine that they enrolled as students in your school. What would you want to tell them?

16. We have several words to describe people who leave their home and seek to live in a different country: migrant, immigrant, refugee, alien, illegal. What are the connotations and definitions of each of these terms? Which word would you use to describe Jaime and Ángela? Explain your choice.

17. After they lose Xavi, Ángela wants to give up and go home to Guatemala. Why do they keep going? If you were in Jaime’s or Ángela’s position, would you have kept going on your journey, or would you have given up?

18. Why do you think Ángela and Jaime make it all the way to the United States? Is it a result of luck (fate), their own choices (free will), or a combination of the two?

19. Before you read The Only Road, how much did you know about immigration? How did reading about Jaime and Ángela’s journey change your understanding about this issue?

1. In her author’s note, Alexandra Diaz writes: “People desperate to immigrate face many dangers and expenses, and still run the risk of being sent back home if caught. It’s a sad, worldwide conflict that is close to me, one without an easy solution.” Research this issue. What steps do you think the United States should take to address immigration? What can we do to help people who are forced to leave their homes because they fear for their safety?

2. Throughout the novel, Jaime uses art as a way of processing and recording his experiences.Using the novel as inspiration, recreate some of the pictures Jaime drew in his sketchbook.

3. Using the novel as a guide, create a map of Jaime and Ángela’s journey. Use an online site like Google Earth to help you research and create your map.

4. On Jaime and Ángela’s journey they meet people from other Latin American countries, like El Salvador and Mexico. The parents of author Alexandra Diaz immigrated from Cuba. Choose a Latin American country to research and prepare a report about the culture, geography, government, and history of the country you chose.

5. Jaime’s love and talent for art is a source of solace and survival. He shares a last name with the famous Latin American artist Diego Rivera. Research the art of Rivera and/or his wife Frida Kahlo. What are your favorite things about their art? Try to create your own art in the style of either artist.

7. While The Only Road is a work of fiction, it is grounded in reality. At the end of the book, Diaz provides a bibliography and list of resources for further exploration. Compare the novel to a nonfiction story about immigration. Debate the pros and cons of using fiction instead of nonfiction to inform readers about an issue like immigration.

8. As a class, try to list all of the countries that you know of where Spanish is spoken as the primary language. How are these countries different, in regards to their geography, history, and culture? Look up a list of the 21 Spanish-speaking countries and assign each student a country to research. Using the world showcase at Epcot as a model, create your own classroom mini-world showcase to highlight and celebrate the diversity of each country's history, geography, and culture. 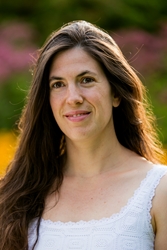 Alexandra Diaz is the author of The Only Road, which was a Pura Belpré Honor Book, an ALA Notable Book, and the recipient of two starred reviews. She is also the author of Of All the Stupid Things, which was an ALA Rainbow List book and a New Mexico Book Award finalist, The Crossroads, and Santiago’s Road Home. Alexandra is the daughter of Cuban refugees and lives in Santa Fe, New Mexico, but got her MA in writing for young people at Bath Spa University in England. A native Spanish speaker, Alexandra now teaches creative writing to adults and teens. Visit her online at Alexandra-Diaz.com.