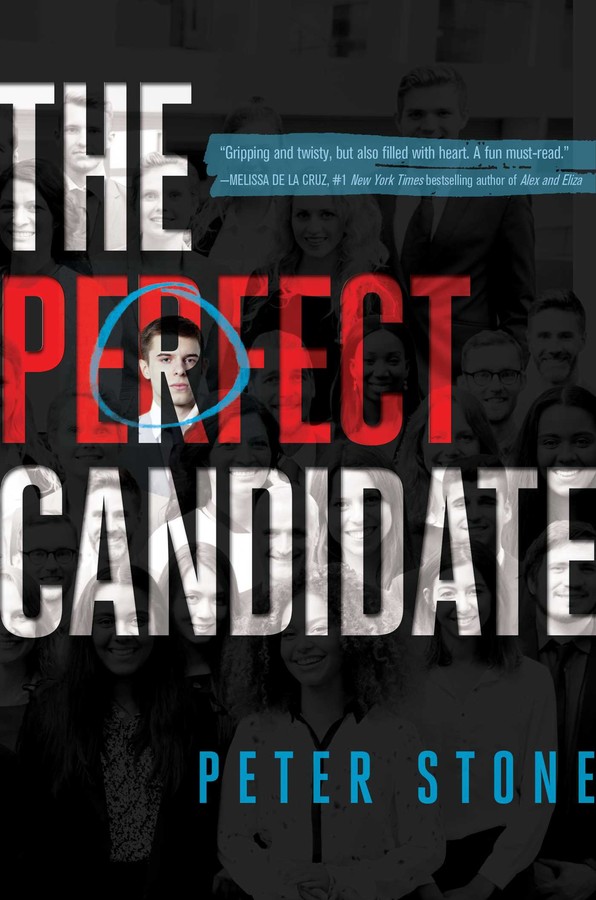 By Peter Stone
PRICE MAY VARY BY RETAILER

When recent high school graduate Cameron Carter lands an internship with Congressman Billy Beck in Washington, DC, he thinks it is his ticket out of small town captivity. What he lacks in connections and Beltway polish he makes up in smarts, and he soon finds a friend and mentor in fellow staffer Ariel Lancaster.

That is, until she winds up dead.

As rumors and accusations about her death fly around Capitol Hill, Cameron’s low profile makes him the perfect candidate for an FBI investigation that he wants no part of. Before he knows it—and with his family’s future at stake—he discovers DC’s darkest secrets as he races to expose a deadly conspiracy.

If it doesn’t get him killed first.

The Perfect Candidate 1
The taxi was going eighty miles per hour. And we weren’t even on the freeway yet.

When the driver made eye contact with me through the rearview mirror, I quickly hunched down in the back seat so that he wouldn’t think I questioned his judgment.

“You think I’m going too fast,” he taunted.

“No, no, it’s fine.” I shrugged with a brief smile, not quite grasping the courtesy I felt obliged to offer the man (I was paying him, after all).

As we left the Dulles airport, I saw a sign illuminated in the night sky: Virginia State Route 267.

Three days before, I was graduating from high school, on a dusty and dry May night. The kind of heat that California’s Central Valley conjures up to warn you about the punishing summer ahead. Three nights ago, I was hugging and selfie-ing and lying to everyone that we would “totally keep in touch.”

I guess they were mostly good people. Though among the graduating class were the guys who’d dipped me into a trash can, headfirst, as congratulations for winning the sixth-grade spelling bee. And the girls who pretended not to know me as they sat poolside and I mowed their parents’ backyard lawns for my dad’s landscaping business. And the vice principal who ratted out Ingrid Cuevas’s family to the immigration authorities, which meant our student body president/softball team captain disappeared after spring break a couple months ago.

Okay, maybe they weren’t mostly good people. But for some reason, three thousand miles away, hurtling toward an unknown city and a lesser-known summer internship, I missed home.

“It’s late on a Sunday night—no traffic. We’ll get to DC in no time,” barked the driver, over the soft jazz station he’d tuned the radio to. “So where’d you fly in from?”

“Lagrima,” I shouted back.

Pronounced Luh-GRIME-uh. My hometown was no exception to the grand tradition of California cities named after Spanish words with butchered pronunciations. The English translation of the word was chillingly accurate: tears. As in, This town makes me cry.

“Coming home,” I lied. I’d be going to Lagrima Junior College in the fall, but one could dream. Or at least pretend.

“I work for Congressman Billy Beck.”

Summer intern, to be more precise.

I needed the internship because my mom met my dad while she worked for the Department of Agriculture in DC eighteen years ago. She got her start as a summer intern and then landed a full-time gig after graduating from the University of Virginia. Your parents show you your paths. And when your dad shoots horse manure pellets into rich people’s lawns, and your mom once helped run the country—you choose your mom’s path.

“Powerful man,” observed the driver. “If the Dems take back the House in November, he’ll be the new Speaker.”

Suddenly both talkative and surprisingly civic-minded, the driver started ranting about none other than health care reform and if I could please do something about lower deductibles.

I nodded, but my thoughts were drifting.

To when my parents fell in love, or something like it, and I came along. And when my mom left the East Coast so she could get married and raise me. In that crap hole of a town. She went from senate hearings and lobbyist lunches to strip malls and cold cuts. I planned to do the reverse.

A semitruck started to merge into our lane, and the driver slammed the car horn and actually sped up.

“Think they own the road,” he muttered as he coolly gulped coffee from a tall cup. “Sorry about the horn.”

“Even the name Affordable Care Act is a paradox, and they all know it . . . ,” his rant continued.

Another distraction. A memory, maybe my first: a foggy December morning when my mom drove me to preschool. Someone had too many beers for breakfast and thought our lane was their lane. How do you explain a closed casket to a four-year-old? My dad did his best. Lagrima took my mom away from DC, and then it killed her. And Lagrima isn’t going to kill two members of the Carter family.

“So are you in it for the long haul?” asked the driver. “On the Hill. You know, most folks only last a few years before they burn out. Working all the time, making less than me, even . . .”

“Oh yeah, definitely,” I eagerly replied, naively certain of a career I hadn’t begun. Though if you counted the grassroots committee for the last election, I guess I started a couple years ago. I led other high school students door to door, telling people to get out on Election Day. I even convinced some dude with an oil painting of Ronald Reagan in his living room to vote for Congressman Beck.

And I was hooked. Hooked on all of it. The policy, the possibilities, the campaign. I imagined the people at The Hill and Politico wondered who used that single Lagrima, CA, IP address that refreshed their sites day and night. It was me. My friends got on BuzzFeed to take quizzes that told them which celebrity child was their spirit animal. I read it because it’s the best-kept secret of political news. And all I wanted was to be where that news—where history—was made.

I recognized the first city name on a freeway sign: Arlington. Getting closer. And then a sign for the Pentagon, like the opening act for the main event.

“Yeah,” I said, acknowledging my new neighborhood, which sounded more like the name of a garage band than the metro stop for George Washington University. I pulled out the orientation packet I’d received from the home office, to verify the apartment address. “Corner of New Hampshire Avenue NW and I Street NW.”

I read through a few other details in the packet: I would be living with roommates “Zephaniah” and “Hillary” in an apartment just west of GWU. And I would take the blue line on the metro every day to the Capitol South stop. As in: the Capitol of the United States of America. My office for the summer. No big deal.

And then the leafy trees on either side of the freeway gave way to a view of that giant, gleaming Styrofoam cooler of a monument—the Lincoln Memorial. As we rounded the road surrounding Honest Abe’s shrine, the piercing white Washington Monument appeared briefly in the distance. The driver banked to the left and headed through several clean, abandoned street blocks. We zoomed by a tiny brown sign that identified the hulking marble building behind it as the State Department, and if it was possible to be starstruck by an office building, I was.

The ride came to an end in front of a three-story brick building that looked like it was made of vomit-colored Legos. The driver’s parting words were something about Hollywood fund-raisers, but I had long stopped paying attention. I stood in front of my summer residence, bags in hand. My jeans and long-sleeved shirt were suddenly oppressively hot in the thick East Coast air. The clumsy footsteps and bellowing laughter of some students echoed from the GWU dorms across the street. Though they were probably just a high school graduating class ahead of me, they seemed so much older. College students. Adults. Who lived in apartments with roommates instead of in a house with a dad. Like the apartment I was going to live in, starting in a few minutes. Like the adult I was about to become? An urgent desire to be back home at Taco Bell with my dad tiptoed toward the front of my mind, but it faded as I clunk-clunk-clunked my suitcase up the stairs.

I slipped in the locked front door as an oblivious resident walked out. That wish about Taco Bell kind of came true because the hallway smelled like a food court at three a.m.—all fried/sticky/industrial cleaner. Muted murmurings came from each doorway and floated through the stale air as I searched for my apartment—number 1F. I heard it (opera music) before I saw the apartment door. And that internship brief had not prepared me for the person on the other side. 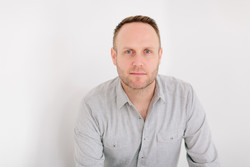 Peter Stone is a lifelong fan of thrillers on the big screen, small screen, and page. Prior to his career in TV and film marketing, he worked in Washington, DC, first as an intern on Capitol Hill and later as a Spanish tutor for a former Speaker of the House. The Perfect Candidate is his debut novel. He lives in Tokyo, Japan, with his wife and two sons.

"The perfect YA thriller for right now -- think John Grisham meets John Green. I couldn't put it down."

"Gripping and twisty, but also filled with heart. A fun must-read."

“Equal parts thrilling and moving, this explosive debut reads like a cautionary tale for our times.”

"An enthralling plot of power, greed, and murder... Stone has crafted a narrative driven by that most potent of fuels: political intrigue."

"Stone has created a YA version of the TV show Scandal, and it is just as addictive."

An inside look at DC politics and landmarks, some laughs, some love, and a killer ending make this debut novel lots of fun. A must-have where political thrillers are in demand.

"A wonderfully orchestrated political thriller, trading in the tropes of the genre while still having enough twists and turns to evade predictability... readers looking for a story steeped in political intrigue and DC insider knowledge would be hard-pressed to find a better book for it."

Unlike many mysteries of this type, Stone maintains suspense.

Stone's debut novel will... engage readers looking for a politically charged, high-stakes thriller with a hint of romance.

By Peter Stone
PRICE MAY VARY BY RETAILER