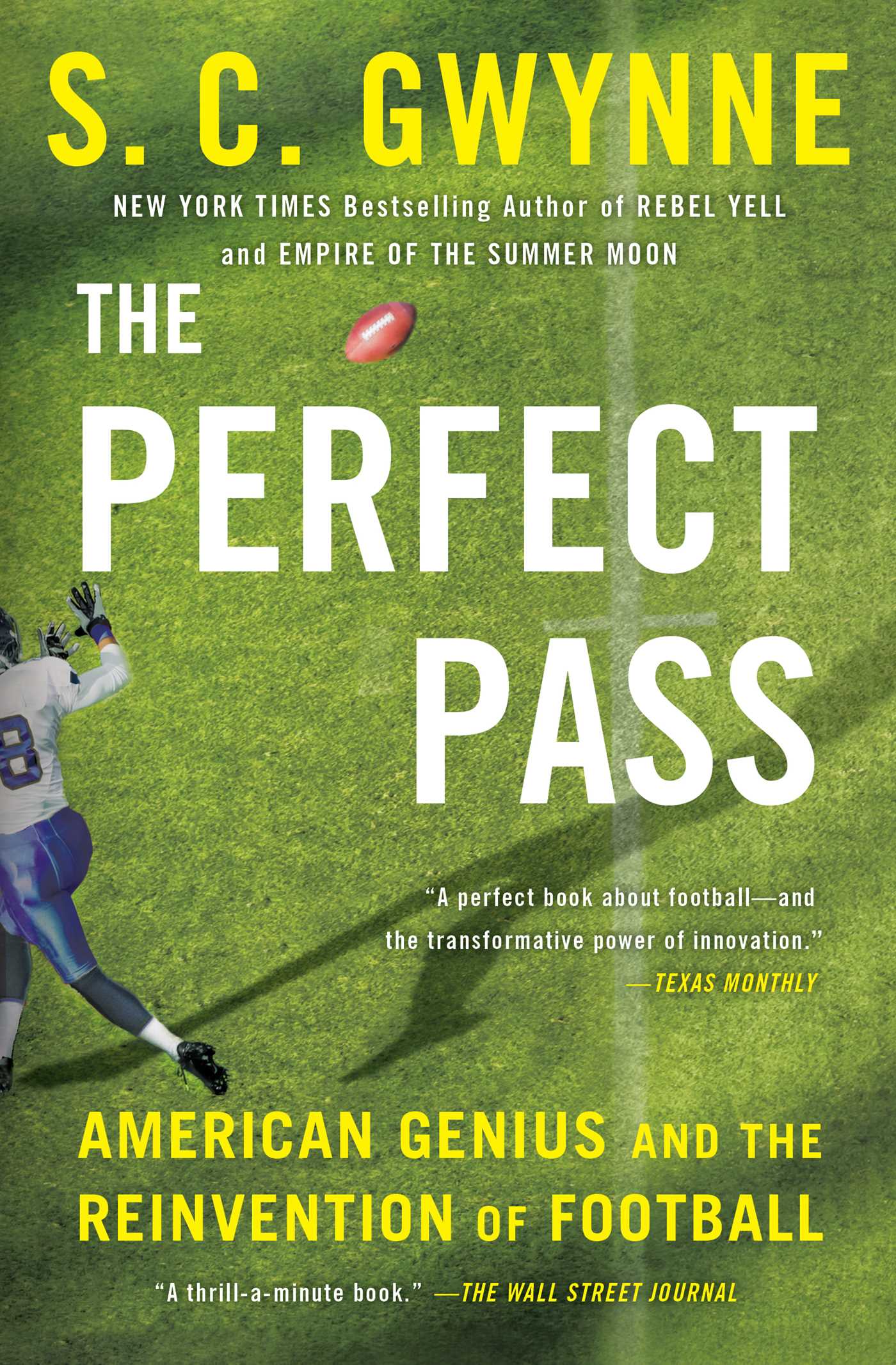 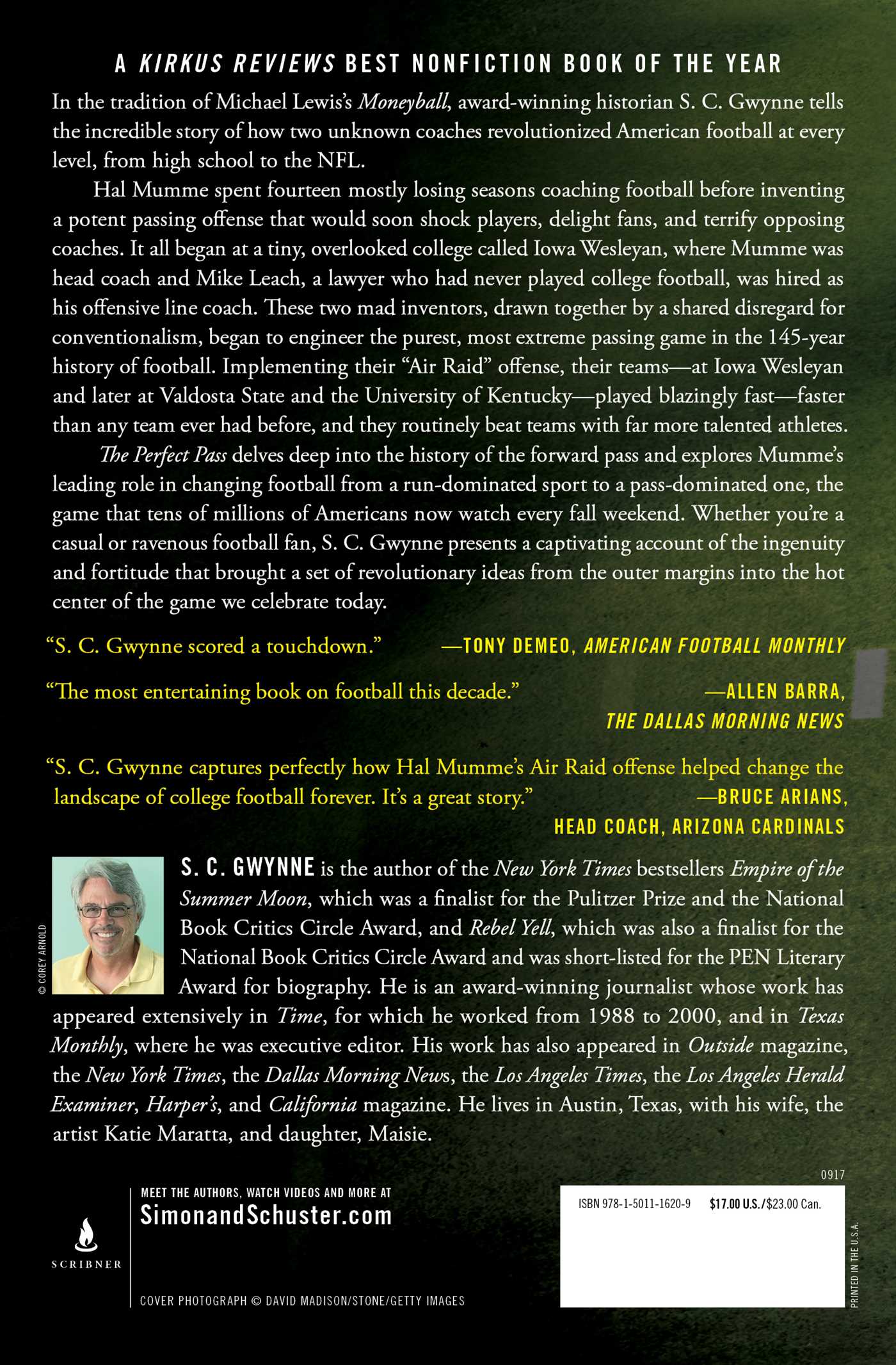 American Genius and the Reinvention of Football

An “excellent sports history” (Publishers Weekly) in the tradition of Michael Lewis’s Moneyball, award-winning historian S.C. Gwynne tells the incredible story of how two unknown coaches revolutionized American football at every level, from high school to the NFL.

Hal Mumme spent fourteen mostly losing seasons coaching football before inventing a potent passing offense that would soon shock players, delight fans, and terrify opposing coaches. It all began at a tiny, overlooked college called Iowa Wesleyan, where Mumme was head coach and Mike Leach, a lawyer who had never played college football, was hired as his offensive line coach. In the cornfields of Iowa these two mad inventors, drawn together by a shared disregard for conventionalism and a love for Jimmy Buffett, began to engineer the purest, most extreme passing game in the 145-year history of football. Implementing their “Air Raid” offense, their teams—at Iowa Wesleyan and later at Valdosta State and the University of Kentucky—played blazingly fast—faster than any team ever had before, and they routinely beat teams with far more talented athletes. And Mumme and Leach did it all without even a playbook.

“A superb treat for all gridiron fans” (Kirkus Reviews, starred review), The Perfect Pass S.C. Gwynne explores Mumme’s leading role in changing football from a run-dominated sport to a pass-dominated one, the game that tens of millions of Americans now watch every fall weekend. Whether you’re a casual or ravenous football fan, this is “a rousing tale of innovation” (Booklist), and “Gwynne’s book ably relates the story of that innovation and the successes of the man who devised it” (New York Journal of Books). 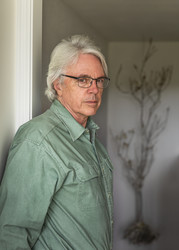 S.C. Gwynne is the author of Hymns of the Republic and the New York Times bestsellers Rebel Yell and Empire of the Summer Moon, which was a finalist for the Pulitzer Prize and the National Book Critics Circle Award. He spent most of his career as a journalist, including stints with Time as bureau chief, national correspondent, and senior editor, and with Texas Monthly as executive editor. He lives in Austin, Texas, with his wife.

"The most entertaining book on football this decade."
—Allen Barra, The Dallas Morning News

"A thrill-a-minute book...Along with his protégé Mike Leach, now the head coach at Washington State University, Mr. Mumme revolutionized their sport in ways that, frankly, dwarf the legacy of Billy Beane and his gang from 'Moneyball.'"
—The Wall Street Journal

“Excellent sports history . . . an inspiring reminder that great ideas don't automatically permeate the existing ideology. Sometimes a devoted few must pursue their principles with diligence, even if they don't get the glory.”
—Publishers Weekly

“It is undeniable that the Air Raid, the fast passing game, and the frequency of the forward pass are now imprinted on football, especially, as Gwynne notes, on the college level though also in the NFL. That makes his subtitle all the more fitting, for undeniably, the two coaches changed the game—and brought glory to their institutions. A superb treat for all gridiron fans.”
—Kirkus Reviews (starred review)

"A rousing tale of innovation finding success in the face of the gale-force winds of convention."
—Booklist

"The Perfect Pass is a perfect book about football—and the transformative power of innovation. S.C. Gwynne brings the same remarkable reporting and storytelling skills he used in Empire of the Summer Moon and Rebel Yell to reveal the dramatic history behind the passing revolution that disrupted and forever changed America’s favorite sport. His portrait of Hal Mumme, the unknown underdog coach who unleashed the Air Raid offense on the modern game, is superb, at once capturing the passion and genius that made him an unsung hero of his generation."
—Brian D. Sweany, editor in chief, Texas Monthly

"When we played against a Hal Mumme offense, our defense had to be changed dramatically. You had to throw away everything you knew or you were going to get beat. Every offensive coordinator and defensive coordinator in football better study this book to find out why."
—Jerry Glanville, former NFL and college head coach

“Being a football coach who innovates against the way the game has long been played is deeply challenging. S.C. Gwynne captures perfectly how Hal Mumme's Air Raid offense helped change the landscape of college football forever. It's a great story.”
—Bruce Arians, head coach, Arizona Cardinals

"Hal Mumme has always been a true American genius, and every year teams running his offense are among the tops in yards and points. I know, because I would've liked to have hired him. He has a brilliant football mind, and here at last is his amazing story, told in full."
—Bob Stoops, head coach, University of Oklahoma

"If you are a coach, a manager, an entrepreneur, an executive, an MBA student, etc. looking for a real life example of thinking way outside the box and changing your industry or field completely, then The Perfect Pass is the book for you.  Read it, digest it, and then apply it to your life’s work."
—Texas History Page

"The tale of Hal Mumme and how he changed American football is a David and Goliath story with similarities to Michael Lewis's Moneyball: The Art of Winning an Unfair Game, about the Oakland Athletics baseball team and its number-crunching general manager, Billy Beane. That was a different sport and era, but both Beane and Mumme found themselves in underdog positions and used creative, out-of-the-box thinking to level the playing field."
—Houston Press

"Informative and entertaining and a must read for anyone interested in the inner game of football strategy....If you are a football coach, football fan or simply a guy who likes a good story, S.C. Gwynne scored a touchdown."
—Tony DeMeo, American Football Monthly

American Genius and the Reinvention of Football