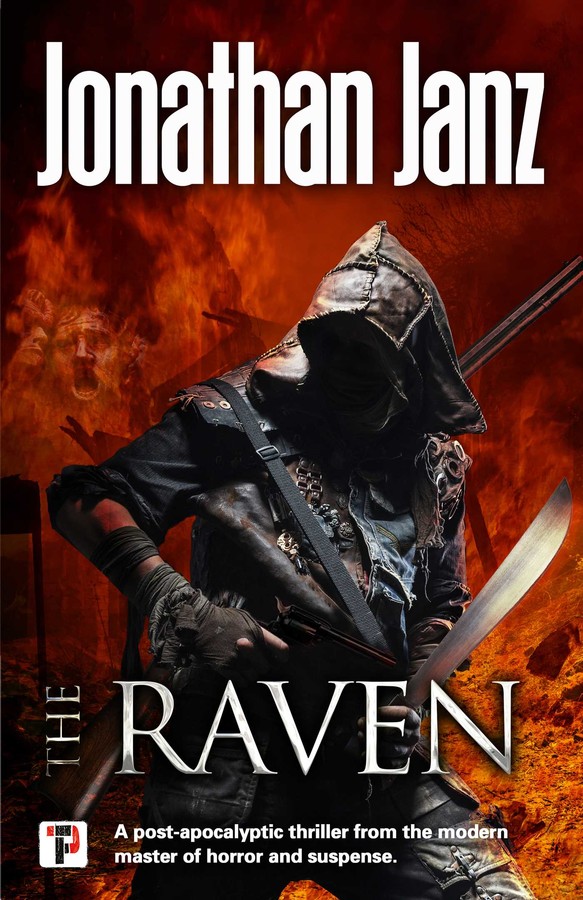 “If you’re searching the horror horizon for a dark star, your next must-read, the silhouette you see coming your way is Jonathan Janz." - Josh Malerman, New York Times best selling author of Bird Box and Malorie

Fearing that mankind is heading toward nuclear extinction, a group of geneticists unleash a plot to save the world. They’ve discovered that mythological creatures such as werewolves, vampires, witches, and satyrs were once real, and that these monstrous genetic strands are still present in human DNA. These radical scientists unleash the bestial side of human beings that had been dormant for eons, and within months, most people are dead, and bloodthirsty creatures rule the earth. Despite the fact that Dez McClane has no special powers, he is determined to atone for the lives he couldn’t save and to save the woman he loves. But how long can a man survive in a world full of monsters?

FLAME TREE PRESS is the new fiction imprint of Flame Tree Publishing. Launched in 2018 the list brings together brilliant new authors and the more established; the award winners, and exciting, original voices.

Jonathan Janz is the author of more that fifteen novels and numerous shorter works. Since debuting in 2012, Jonathan’s work has been lauded by Booklist, Publishers Weekly, The Library Journal, and many others. He lives in West Lafayette, Indiana. Jonathan Janz grew up between a dark forest and a graveyard, which explains everything. Brian Keene named his debut novel The Sorrows “the best horror novel of 2012.”

"Fast paced and eminently readable, The Raven is a violent, post-apocalyptic, fantasy adventure with an intriguing premise and a likeable protagonist."

"One of the best writers in modern horror to come along in the last decade. Janz is one of my new favorites."

“Janz brings a truly original perspective on the apocalypse and monsters and does it well in such a way that, given today’s technological advances, doesn’t seem that far-fetched at all.”

“If you’re searching the horror horizon for a dark star, your next must-read, the silhouette you see coming your way is Jonathan Janz.”

"Mr. Janz has a fine eye for the layers of personality and character usually hidden from the world."

Praise for The Dark Game:

"Equal parts Lord of the Flies mixed with The Girl on the Train with a cast of unreliable and shifty personalities, this novel belongs with the best thrillers on the bookshelf and should be on yours, stat." - A.E. Siraki

"Full of wicked imagery and precision placed scare tactics, The Dark Game doesn't disappoint on the spooky scale." - Just a Guy Who Likes to Read

"In his latest pulp horror gem, Janz channels early Stephen King to twist the story of a secluded writers’ retreat into something unique and thought-provoking." - Booklist

"The Dark Game is a book I would highly recommend and sits high on my list of favorite reads this year." - The Scary Reviews

"This novel is a treat for horror fans, yes, but it will have wider appeal as it manages to both scare and comment on the joy of reading. Many will be drawn into this fast-paced thriller, readers who love the pulp horror of Brian Keene, the dark twists of Sarah Pinborough, or the terrifying and emotional storytelling of Paul Tremblay." - Booklist Online

"The game he plays may be dark, but his writing shines brightest in the shadows." - Kendall Reviews

"...fast-paced, gory and psychologically horrifying" - The Most Sublime

"In THE DARK GAME Janz showcases this ability to virtually bring his characters to life." - Horror After Dark

“Jonathan Janz may be rising above the “rising star” of horror status with several highly regarded novels under his belt. The Dark Game is another great novel to add to his list.” - Real Dead Review

“If you love horror stories featuring plenty of characters and plenty of gruesome moments, I definitely recommend checking this book out.” - Tara’s Book Addiction

“If you enjoy reading books with eeriness and suspense, then pick up this book.” - Terror Tree

“I'm sure we've all heard authors explain how, often as they write a character will take over the story and will take it in directions the author never intended. Well, The Dark Game is this idea on acid.” - Frank Michaels Errington

“At times, the book feels closer to Lee Child than Stephen King, with its monsters indulging in car chases and bar brawls, and all of the action is perfectly controlled by Janz. It’s a fun, rapid read that should whet the reader’s appetite for the future installments that the ending hints at."

"The Raven is a melting pot of several favorite sub-genres and tropes resulting in the best possible mash-up a horror fan could even imagine."