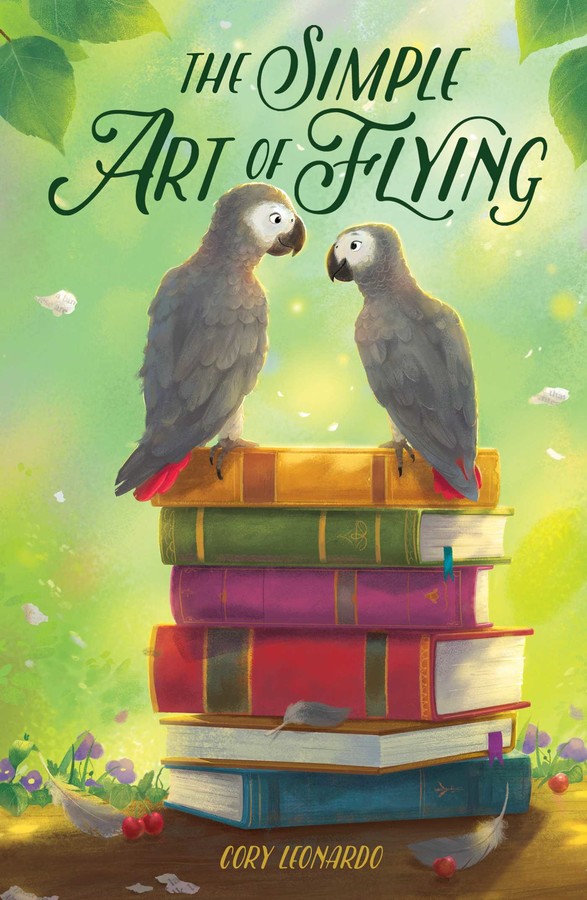 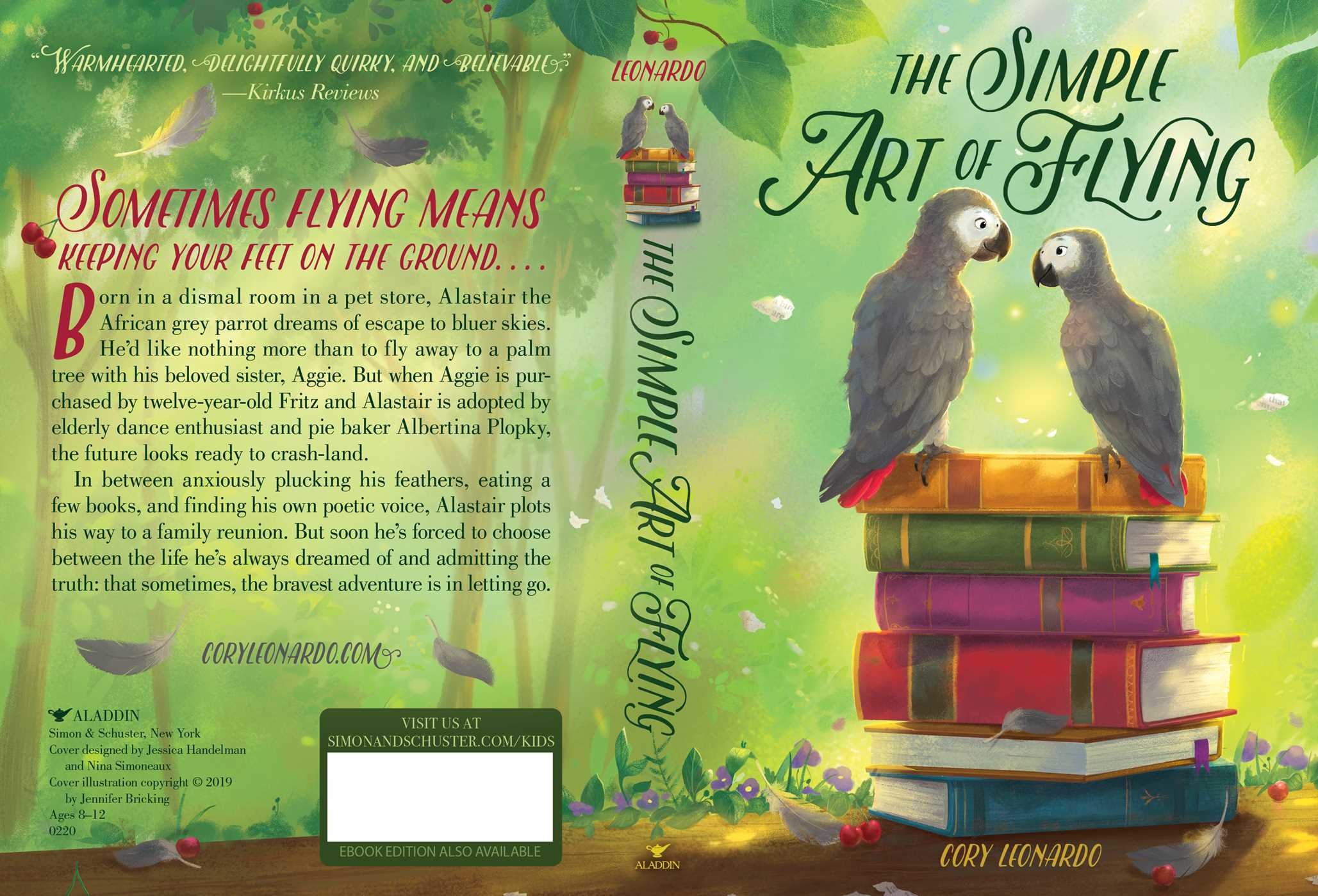 The Simple Art of Flying

Perfect for fans of The One and Only Ivan, this irresistible debut novel combines plucky humor and a whole lot of heart in a story about the true meaning of family.

Sometimes flying means keeping your feet on the ground…

Born in a dismal room in a pet store, Alastair the African grey parrot dreams of escape to bluer skies. He’d like nothing more than to fly away to a palm tree with his beloved sister, Aggie. But when Aggie is purchased by twelve-year-old Fritz, and Alastair is adopted by elderly dance-enthusiast and pie-baker Albertina Plopky, the future looks ready to crash-land.

In between anxiously plucking his feathers, eating a few books, and finding his own poetic voice, Alastair plots his way to a family reunion. But soon he’s forced to choose between the life he’s always dreamed of and admitting the truth: that sometimes, the bravest adventure is in letting go.

The Simple Art of Flying Fritz Feldman’s Official Medical Logbook Medical Log, May 6
Today in English, Mrs. Cuthbert said that if I wanted to become a doctor someday, I should start writing like one, and oh Mylanta, I thought that was a GREAT idea, so here starts my “Official Medical Log.”

I think that about covers the medical stuff.

I guess I should tell you a little bit about me. There are probably only two really important things you should know.

1. I want to be a medical practitioner when I grow up. (That’s a doctor, in regular terms.)

My dad’s an accountant at a big hospital with all kinds of doctors—brain surgeons, heart doctors. . . . I’m actually not sure what kind of doctor I’ll be, but I’m pretty sure it won’t be one of those. I don’t want to specialize in the emergency stuff either. Or geriatrics (that’s medicine for old people). Nothing where you, you know, have to try to save somebody’s life?

2. I’m the only almost-twelve-year-old I know who has a job.

I work at Pete’s Pet (and Parrot!) Shack every Monday, Wednesday, and Friday after school. It’s not exactly legal, but Mom said it was okay since she works late and Grandpa isn’t there to let me in after I get home from school anymore. She worries I’ll get locked out again, like that time the neighbor’s dog was sniffing around the rhododendron bush and ate our hidden key. (PS Did you know you can get frostbite in just thirty minutes? It’s true. I didn’t get frostbite because it wasn’t exactly cold, but anything’s possible.) At least at the shop Mom knows where I am. And if anyone asks, I tell them Pete’s technically my childcare technician.

(Pete says not to mention the five bucks he gives me every day.)

It’s a good job. I mostly sweep and stock shelves, but sometimes it’s exciting. Like when I get to take a sick guinea pig to the back and put him in the Infirmary to get better.

Or when a shipment of twenty-four tarantulas comes in, and I have to show Pete that his handwriting on the order really DOES look like a 24 and not a 2. That’s why I get to fill out all the orders now.

Or like today, when I got to watch a baby African grey parrot hatch. I was the very first person in the whole world to welcome him to earth. That’s a big responsibility, I think. I didn’t really know what to say, so I just introduced myself, and I kind of gave him a name. And just to keep him company, I told him about his genus and species and the differences between primates and birds (thumbs, for example)—stuff like that.

But later, when I was cleaning out litter boxes in the back, I noticed one of the other eggs didn’t look right. A tiny bird was halfway out of his shell, and he wasn’t alive. I didn’t touch him at all, but I could see that he hadn’t absorbed his yolk sac, and when that’s the case, there’s just nothing you can do. I looked it up.

Pete wasn’t happy. He told me to take the baby bird out and feed it to the snakes. Don’t worry—I didn’t do it. But I did notice the egg incubator was at 97.3 degrees. A whole degree too low! That’s a big deal when you’re hatching chicks. I fixed it and added water to increase the humidity, so hopefully the last egg will hatch all right.

I’ll check on Alastair and the other egg when I go back in on Wednesday and let you know what happens.

Signed: Dr. Francis Fitzpatrick Feldman, MD (I think this will be my future signature.)

PS I just realized I forgot to bring the dead bird home. I was going to bury him.

PPS I don’t know why I’m telling you this, but during lunch today, I found a dollar in the school library’s Latin dictionary. I didn’t want to be sneaky, so I gave it to Mr. Hall, the librarian, and as I was leaving, this little old lady who was helping him put books on the shelf waved her feather scarf at me and shouted, “Ah! Rara avis! Farewell!” It was kind of weird.

(Note to self: Remember to look up what “rara avis” means.) 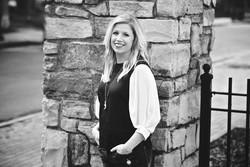 Cory Leonardo grew up believing she’d replace Vanna White on Wheel of Fortune, but when that didn’t work out, she decided she’d turn letters and phrases in a different way (but minus the glittery dresses, sadly). A born and bred upstate New Yorker, she currently lives in the Syracuse area with her husband and three plucky children. Cory was selected and mentored in Brenda Drake’s Pitch Wars 2016 and has been an active SCBWI member for the past five years. She is the author of The Simple Art of Flying and The Hedgehog of Oz.

"Reminiscent of The One and Only Ivan’s storytelling, Leonardo has crafted a tale that will have readers rooting for each character . . . A witty animal-centered story that will remind readers that families come in many shapes and sizes." —School Library Journal

"This is a book about animals, friendship, and love, but mostly about how everyone needs to be loved and needed, whether they are an animal or a human." —School Library Connection

The Simple Art of Flying