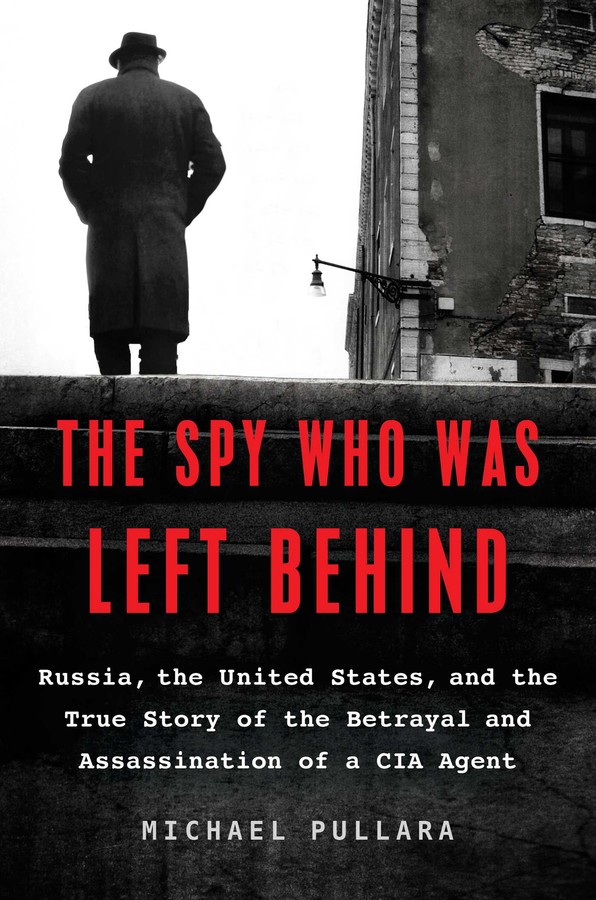 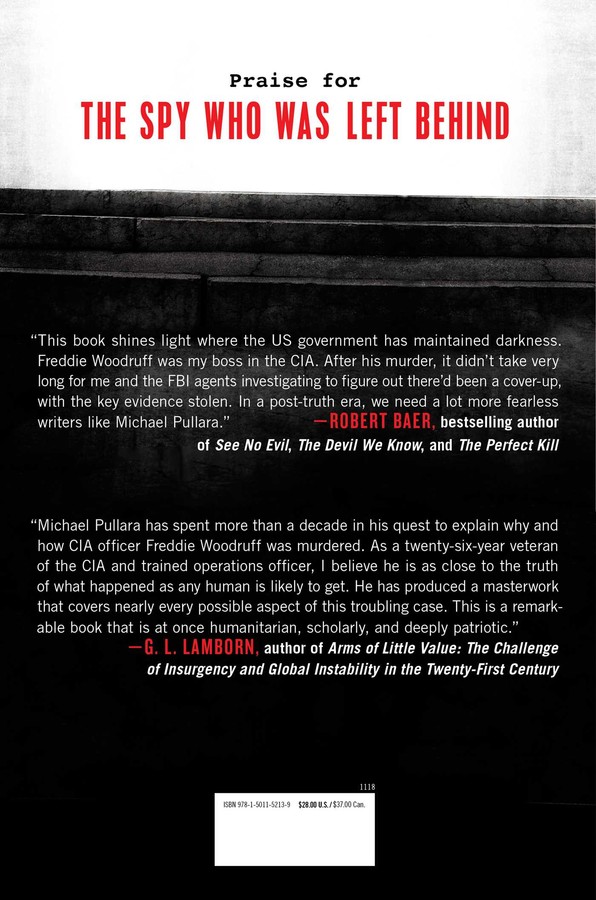 The Spy Who Was Left Behind

Russia, the United States, and the True Story of the Betrayal and Assassination of a CIA Agent

The shocking true story of international intrigue involving the 1993 murder of CIA officer Freddie Woodruff by KGB agents and the extensive cover-up that followed in Washington and in Moscow.

On August 8, 1993, a single bullet to the head killed Freddie Woodruff, the Central Intelligence Agency’s station chief in the former Soviet Republic of Georgia. Within hours, police had a suspect—a vodka-soaked village bumpkin named Anzor Sharmaidze. A tidy explanation quickly followed: It was a tragic accident. US diplomats hailed Georgia’s swift work, and both countries breathed a sigh of relief.

Yet the bullet that killed Woodruff was never found and key witnesses have since retracted their testimony, saying they were beaten and forced to identify Sharmaidze. But if he didn’t do it, who did? Those who don’t buy the official explanation think the answer lies in the spy games that played out on Russia’s frontier following the 1991 collapse of the Soviet Union. Woodruff was an early actor in a dangerous drama. American spies were moving into newborn nations previously dominated by Soviet intelligence. Russia’s security apparatus, resentful and demoralized, was in turmoil, its nominal loyalty to a pro-Western course set by President Boris Yeltsin, shredded by hardline spooks and generals who viewed the Americans as a menace.

At the time when Woodruff was stationed there, Georgia was a den of intrigue. It had a big Russian military base and was awash with former and not-so-former Soviet agents. Shortly before Woodruff was shot, veteran CIA officer Aldrich Ames—who would soon be unmasked as a KGB mole—visited him on agency business. In short order, Woodruff would be dead and Ames, in prison for life. Buckle up, because The Spy Who Was Left Behind reveals the full-throttle, little-known thrilling tale.

A trial lawyer by training, Michael Pullara has pursued the case of Freddie Woodruff for more than ten years. He lives in Texas. The Spy Who Was Left Behind is his first book.

“This book shines light where the U.S. government has maintained darkness. Freddie Woodruff was my boss in the CIA. After his murder, it didn’t take very long for me and the FBI agents investigating to figure out there’d been a cover-up, with the key evidence stolen. In a post-truth era, we need a lot more fearless writers like Michael Pullara.” —Robert Baer, bestselling author of See No Evil, The Devil We Know, and The Perfect Kill

“Michael Pullara has spent more than a decade in his quest to explain why and how CIA officer Freddie Woodruff was murdered. As a 26-year veteran of the CIA, and trained operations officer, I believe he is as close to the truth of what happened as any human is likely to get. He has produced a masterwork that covers nearly every possible aspect of this troubling case. This is a remarkable book that is at once humanitarian, scholarly, and deeply patriotic.” —G.L. Lamborn, author of Arms of Little Value: The Challenge of Insurgency and Global Instability in the Twenty-First Century

“For 10 years, lawyer Pullara pursued the mysterious 1993 murder of diplomat and CIA agent Freddie Woodruff in the Soviet Republic of Georgia. In his first book, he vividly unspools his findings. Pullara does a fine job of sleuthing to get at what he believes is the truth. A highly detailed, engrossing work that incorporates a history of fledgling Georgia amid the author's well-demonstrated ‘passion for mysteries…[and] memory for trivia.’” —Kirkus Reviews

“The most comprehensive and exhaustive account to date of what really happened to Freddie Woodruff and why.  He has done this with aplomb, utilizing his trial lawyer and analytical and networking skills to piece together a detailed and very readable play-by-play account of his quest for the truth.” —The Cipher Brief

“Against great odds and motivated by nothing more than a sense of justice, Michael Pullara sets a standard for idealistic attorneys to strive for.”  —The New York Journal of Books

“To offer too much about Pullara’s incredible investigation would rob a reader of the taut tension that runs through the book. The Spy Who Was Left Behind moves at the pace of a fiction thriller.” – Houston Chronicle

The Spy Who Was Left Behind

Russia, the United States, and the True Story of the Betrayal and Assassination of a CIA Agent