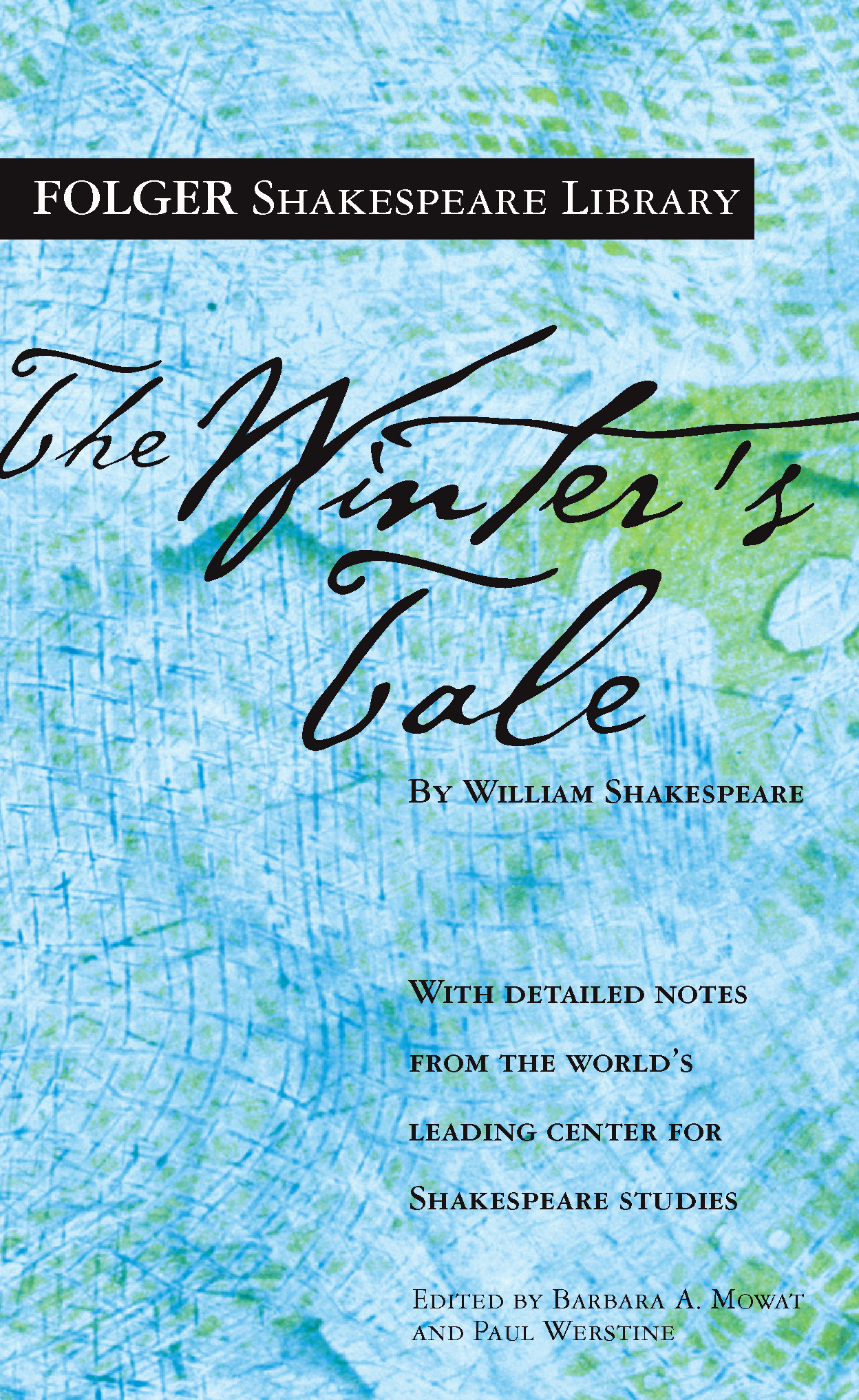 The Winter’s Tale, one of Shakespeare’s very late plays, is filled with improbabilities. Before the conclusion, one character comments that what we are about to see, “Were it but told you, should be hooted at / Like an old tale.”

It includes murderous passions, man-eating bears, princes and princesses in disguise, death by drowning and by grief, oracles, betrayal, and unexpected joy. Yet the play, which draws much of its power from Greek myth, is grounded in the everyday.

A “winter’s tale” is one told or read on a long winter’s night. Paradoxically, this winter’s tale is ideally seen rather than read—though the imagination can transform words into vivid action. Its shift from tragedy to comedy, disguises, and startling exits and transformations seem addressed to theater audiences.

The authoritative edition of The Winter’s Tale from The Folger Shakespeare Library, the trusted and widely used Shakespeare series for students and general readers, includes:

Characters In the Play

CAMILLO, a courtier, friend to Leontes and then to Polixenes
ANTIGONUS, a Sicilian courtier

PAULINA, his wife and lady-in-waiting to Hermione

EMILIA, a lady-in-waiting to Hermione

An OFFICER of the court

SERVANT to the Shepherd

ARCHIDAMUS If you shall chance, Camillo, to visit Bohemia on the like occasion whereon my services are now on foot, you shall see, as I have said, great difference betwixt our Bohemia and your Sicilia.

CAMILLO I think this coming summer the King of Sicilia means to pay Bohemia the visitation which he justly owes him.

ARCHIDAMUS Wherein our entertainment shall shame us; we will be justified in our loves. For indeed --

ARCHIDAMUS Verily, I speak it in the freedom of my knowledge. We cannot with such magnificence -- in so rare -- I know not what to say. We will give you sleepy drinks, that your senses, unintelligent of our insufficience, may, though they cannot praise us, as little accuse us.

CAMILLO You pay a great deal too dear for what's given freely.

ARCHIDAMUS Believe me, I speak as my understanding instructs me and as mine honesty puts it to utterance.

CAMILLO Sicilia cannot show himself over kind to Bohemia. They were trained together in their childhoods, and there rooted betwixt them then such an affection which cannot choose but branch now. Since their more mature dignities and royal necessities made separation of their society, their encounters, though not personal, hath been royally attorneyed with interchange of gifts, letters, loving embassies, that they have seemed to be together though absent, shook hands as over a vast, and embraced as it were from the ends of opposed winds. The heavens continue their loves.

ARCHIDAMUS I think there is not in the world either malice or matter to alter it. You have an unspeakable comfort of your young Prince Mamillius. It is a gentleman of the greatest promise that ever came into my note.

CAMILLO I very well agree with you in the hopes of him. It is a gallant child -- one that indeed physics the subject, makes old hearts fresh. They that went on crutches ere he was born desire yet their life to see him a man.

CAMILLO Yes, if there were no other excuse why they should desire to live.

ARCHIDAMUS If the King had no son, they would desire to five on crutches till he had one.