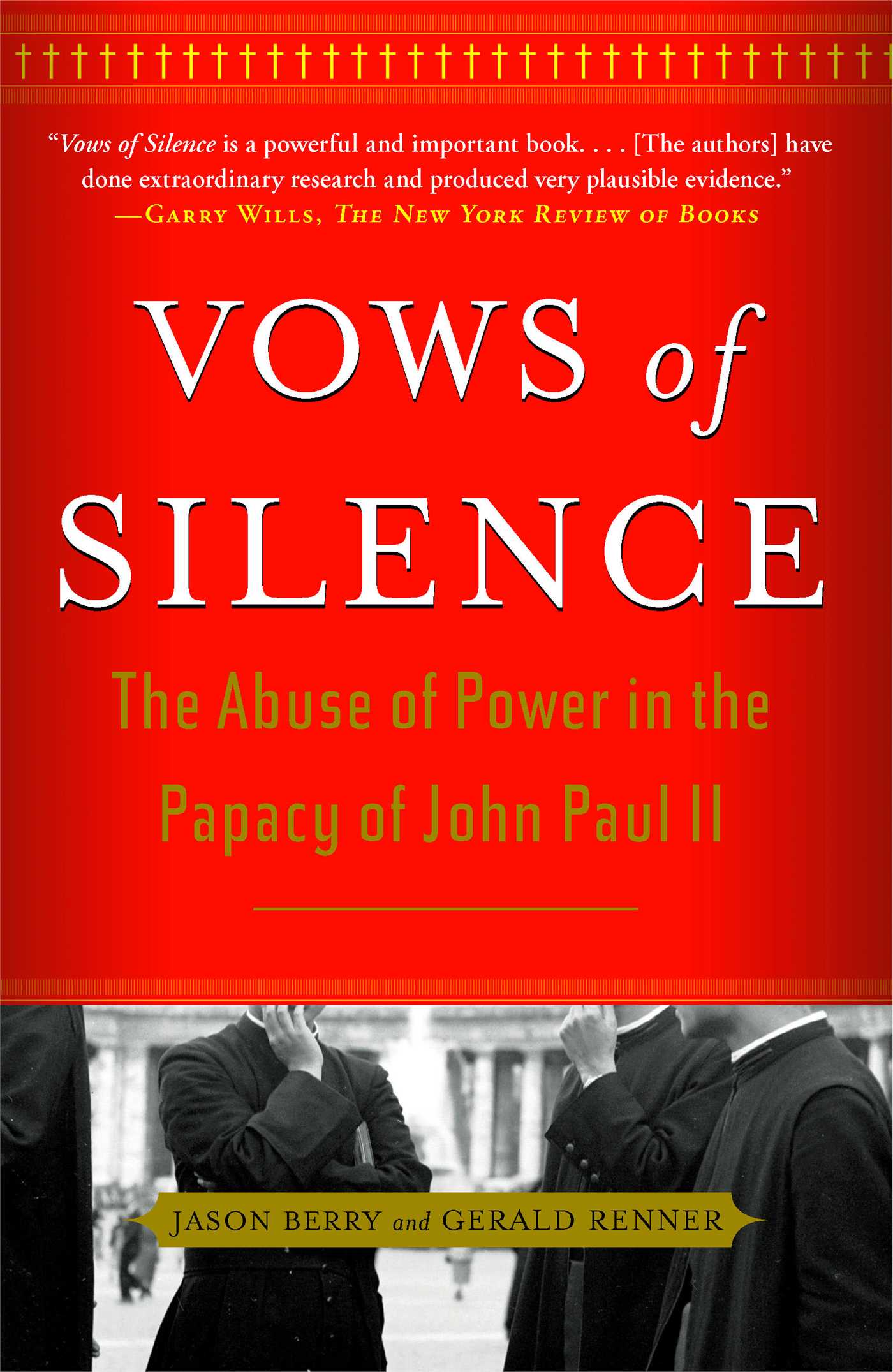 The Abuse of Power in the Papacy of John Paul II

Going deep behind the headlines about scandals in the Catholic Church, Jason Berry and Gerald Renner’s Vows of Silence follows the staggering trail of evasions and deceit that leads directly to the Vatican and taints the legacy of Pope John Paul II. Based on more than six years of investigative reporting and hundreds of interviews, this book is a riveting account of Vatican cover-ups. Both a profound criticism and a wake-up call to reform by two Catholic writers, Vows of Silence reveals an agenda of top-down control under John Paul II and a hierarchy so obsessed with secrecy as to spawn disinformation. It is not a book about sexual abuse; it is a book about abuse of power, throughout the Vatican.

Jason Berry achieved national renown for his highly praised book, Lead Us Not Into Temptation. He produced an award-winning film documentary based on Vows of Silence. A novelist and jazz historian, he lives in New Orleans. For more information, please visit www.JasonBerryAuthor.com.

Gerald Renner (1932 - 2007) was a veteran journalist at The Hartford Courant, and the recipient of many awards for his reporting on religious news, issues and trends.

"Berry and Renner paint a portrait of a clueless, isolatedCatholic hierarchy that is Orwellian in its absurd embrace of dubious figureslike Maciel and its paranoid rejection of good priests like Tom Doyle . . . ."—The Boston Globe

"Vows of Silence” findsthe same system of secrecy and protection that pervaded the American scandalsin evidence in the Vatican. Itchronicles the way in which top church officials squelched an investigationinto accusations of sex abuse by the Rev. Marcial Maciel Degollado, theinfluential founder of the Legionaries of Christ. . . ."—Newsday

"No intelligenceorganization is as wrapped in secrecy as the hierarchy of the Roman CatholicChurch, and nothing inspires silence in the Vatican more than scandal involvingpriests and sex. The story that unfoldsin Vows of Silence is carefullydocumented by two veteran reporters—both Catholics—who penetrated the defensesof the Vatican to give us a powerful account of failures about which churchauthorities never wanted anyone to now."—Thomas Powers, author of Intelligence Wars: American Secret Historyfrom Hitler to Al Queda

“Berry and Renner properly trace the basic cause of thesexual abuse crisis to the church’s historic obsession—at the very highestlevels—with secrecy. The propensity tostonewall, cover-up and deceive ‘for the good of the church’ seems irresistibleeven in an age in which, as the Lord said, that which is whispered in theclosets is proclaimed from the housetop.Readers will find it a fascinating account.”—Father Andrew Greeley

The Abuse of Power in the Papacy of John Paul II