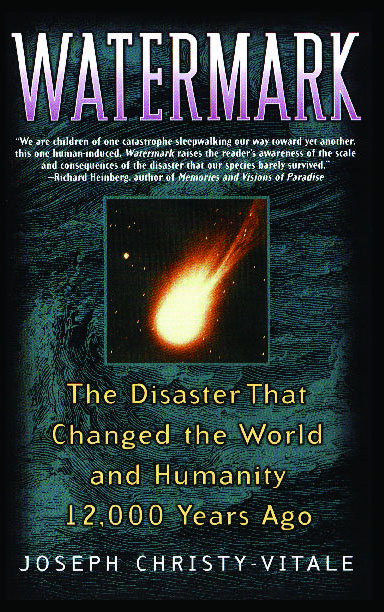 The Disaster That Changed the World and Humanity 12,000 Years Ago

THE ECHOES OF OUR PAST
Twelve thousand years ago, the human race barely escaped annihilation when a piece of exploded star passed through our solar system, unleashing an apocalypse. Great fires raged, mountains rose and fell, a maelstrom of cosmic debris bombarded Earth, continents broke apart, and oceans swept across the land. Millions of people, animals, and plants perished almost overnight. Entire societies, cultures, and belief systems were lost forever. The resulting aftershock shaped humanity for thousands of years, and continues to haunt us to this day. This is not fiction. This is history.
THE TRUTHS OF THE PRESENT
Using authoritative source material and an understanding of mankind's aptitude for the transmission of factual knowledge through myth and legend, Joseph Christy-Vitale dramatically unveils a past unlike any proposed by either religion or science, viewing the global catastrophe as living history, since the traumatic effects of that terrible event affect us as a species even today.
THE PATHS OF THE FUTURE
Providing an insight into where our troubled view of the world originated, Watermark tells the true story of how humanity's brush with extinction still pervades our lives -- and offers the first step to recovering what we lost so long ago: a healthy, balanced view of the world.

Chapter One: In the Beginning

Twelve thousand years ago countless humans, animals, and plants perished almost overnight, and great portions of the world were drastically and violently altered. Our ancestors, numb with shock and exhaustion, faced a challenge: either cease to exist as a species or survive in a grave new world. This is not exactly the history most of us were taught in school. Yet it is there, told in the scars on stones, the broken and buried bones of animals, and the memories of our species.

We thrust a stick into a clear pond, and it looks broken. It is just a distortion of light, but our eyes, ignorant of the physics behind it, see only a broken stick. As we look back in history, time distorts what we perceive, and even though we believe we understand its nature, we see history like that broken stick. This distortion is then magnified by both facts and our subjectivity, leaving us, in the end, with a flawed view of our past. This view, when enough people believe it to be true, becomes our worldview or paradigm.

This book is about a subject as simple yet as complex as that stick. It involves time, space, the Ice Age, Paradise, the nature of God, how we came to be who we are, and the end of the world. In other words: everything.

Our story begins in the late 18th and early 19th centuries when scholars and scientists developed a global paradigm. They had grown aware, through accumulated evidence, of immense scarred rocks scattered across the world in unexpected places. They also found deep deposits of sands, gravels, and mud in valleys and on mountaintops, broken and shattered animal bones in vast numbers, and made the first discoveries of frozen mammoth carcasses in the Arctic. From this hard evidence these scientists and scholars concluded that at some time in the not-too-distant past, the world suffered an appalling disaster. The hypothesis they developed was called Catastrophism. Much debate determined that water, in massive and swiftly moving amounts, was probably the main culprit. Among scientists and the general public many saw this as evidence of the Biblical Flood. To the surprise and pleasure of the clergy, science now supported their religious convictions. Yet even as they spoke of this momentous conversion from the pulpit, the Floodwaters, in some minds, were already beginning to freeze.

In 1830, Charles Lyell, a lawyer and amateur geologist, published his Principles of Geology. He insisted that instead of a sudden worldwide flood, a long, gradual accumulation of debris over millions of years had created the evidence. The hypothesis came to be called Uniformitarianism. He went on to say that the cause was terrestrial rather than cosmic and divine in nature, and if ever there was a catastrophic flood it was a regional and not global event. Lyell's idea proved to be popular among scientists. Over the following century his approach to geology and history replaced the catastrophic point-of-view and opened the door to the concept of the Ice Age, Darwin's revolution in evolution, and more recently the belief in continental drift and plate tectonics. Considered together they have established the current unifying paradigm of our world.

Today the wind has changed. Our current fascination with Uniformity and our belief in the long, slow geological and evolutionary process is beginning to crumble, like immense stone blocks falling from a walled city.

How do we know the walls are crumbling? Imagine a barking dog nipping at your heels, demanding your attention. Most of us would look down to see what the commotion was about, because from our earliest memories this companion has alerted us to things we should pay heed to. Our association with dogs has changed us profoundly, though some consider them a nuisance. Science would call this pesky canine behavior an anomaly. An anomaly is an unexplained fact, a fact that can contradict part of the prevailing paradigm. When enough anomalies are taken together, creating a hypothesis that better explains the nature of life, they can alter or push aside an old crumbling worldview.

This push has been occurring, for a number of years, with patience only Job or a glacier could muster. It has come from many quarters. Among others, are the observations of Immanuel Velikovsky, with his Worlds in Collision books, which have received either howls of indignation or the cold silence of an empty church from the orthodox science establishment. His ideas in general have been rejected but not refuted. Undeniable truths have survived and become seeds that have, over the years, erupted through to the public and are splintering and cracking the foundations of the current paradigm.

The first seed sprouted in 1972 when Niles Eldredge and Stephen Jay Gould proposed their "punctuated equilibrium" hypothesis. It says that a period of geological and/or evolutionary stability can be regularly interrupted by swift and even radical change. In other words, catastrophes can happen. A serious crack in Lyell's Uniformity then appeared in 1980 when Louis and Walter Alvarez introduced their impact hypothesis, which attempts to explain the mass extinction of the dinosaurs 65 million years ago. Their idea of a comet or asteroid colliding with Earth was first met with the same shrill reception as Velikovsky's ideas, but today most scientists accept it. Both "punctuated equilibrium" and the Alvarez impact have helped move science away from a narrow and extreme view of Uniformity toward a middle ground where occasional (in geological time) catastrophes occur.

The cracks are also appearing, rarely noticed by the general public or even science journals, down corridors and around coffee machines of universities, museums, and in the field. The debates revolve around the nature of these catastrophes and whether they ever occurred, particularly the one central to our story. The discussions are heated, because a new scientific revolution is being born. For some, change is difficult.

In this book we are embarking on a journey back through time to a momentous event 12,000 years ago. (Sources agree that the actual event described in these pages occurred 11,500 years ago, rather than the 12,000 year figure I use in this book. I've added 500 years -- a blink of an eye in the geological time span -- merely for the convenience of a nice round number, and for ease of discussion.) This event dramatically altered the makeup of our solar system. It has been ignored, misrepresented, and forgotten by most, though we glimpse it, like a phantom darting in the shadows, out of the corner of our eye. It haunts us every day in the reality we have created for ourselves, and in the ways we treat one another and all life on this planet. It haunts us in the terrible contradictions we come to accept on a daily basis and feel powerless to change. It haunts us because it is the source of how and why we came to be who we are today.

We will trace a path littered with evidence left for us by a trinity of testimony: biology, geology, and our human memory. Combining into an image beautiful and terrible, consistent and complete, it will challenge what we believe we know about our distant past. We will follow the drama from its beginning to its inevitable end, the desperate aftermath, and life's scarred resurrection on this third planet from the sun.

In a sense it is a pilgrimage, as we stop along our way to look upon anomalies, recall ancient memories, and realize that we are reclaiming our past. These moments may startle us, like a dog's sharp bark, and when we gaze up the world will begin to change. Not physically but intuitively. A pilgrimage is really a journey to oneself, and this book is no different. As we proceed, the complex and incomplete hypotheses of science and the blinders of religious beliefs will drop from our eyes. This journey goes beyond dogmas to look upon the past with clear eyes and to witness the spirit of all our ancient ancestors, as they stood on the edge of the abyss. We are going to remove the stick from the water, gaze upon it unbroken, and remember. 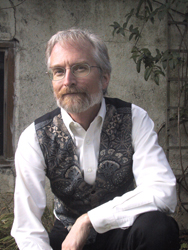 The Disaster That Changed the World and Humanity 12,000 Years Ago