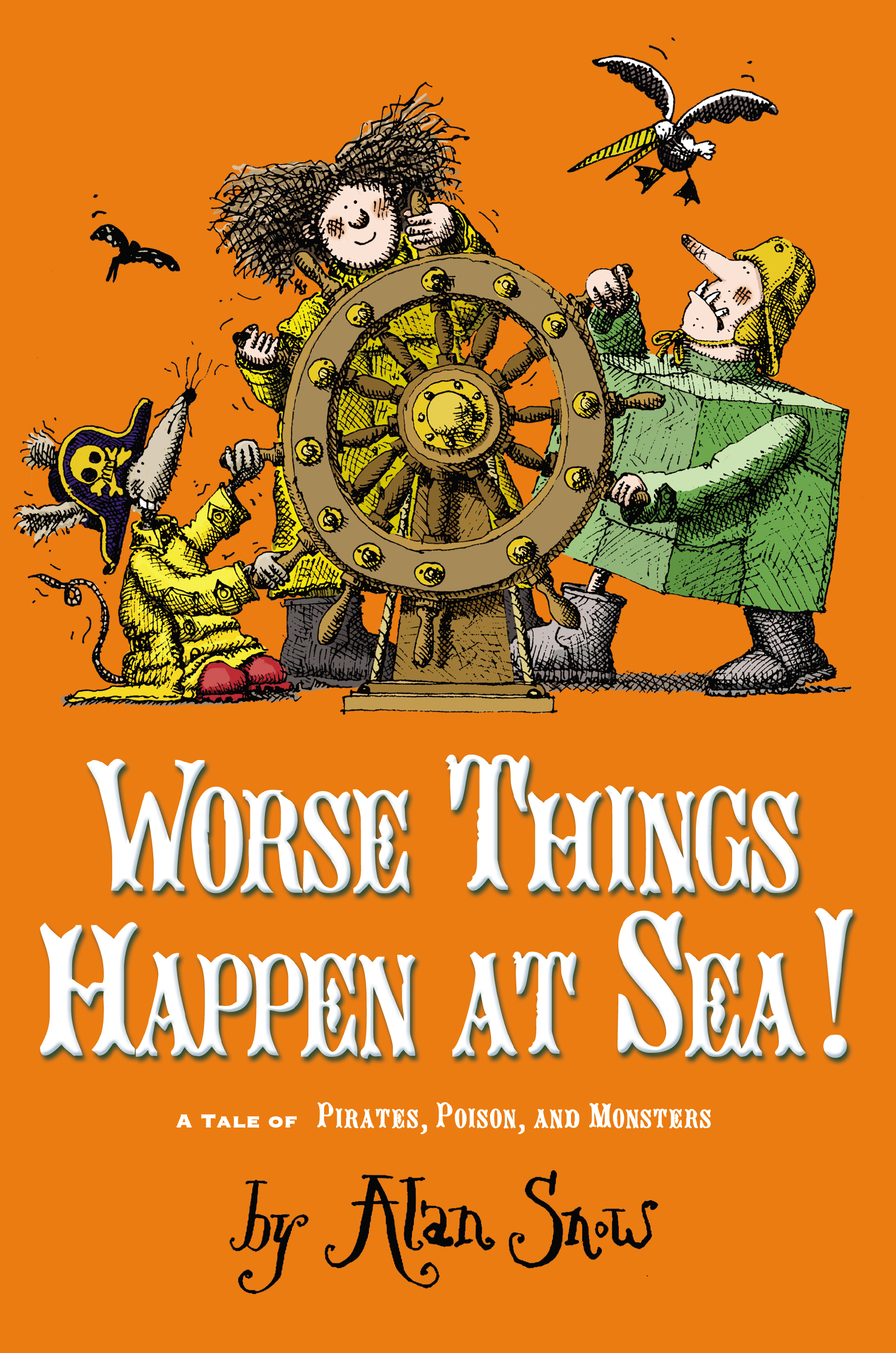 A Tale of Pirates, Poison, and Monsters

Set sail for adventure on the high seas in this rollicking tale of pirates, poison, and monsters from New York Times bestselling author Alan Snow.

The kooky residents of Ratbridge are clamoring for the miracle medicine Black Jollop, but a shortage calls for action. The Nautical Laundry, the famed rat-pirate vessel, must journey afar to gather the medicine’s secret ingredient. But things aren’t what they seem…and soon the ship is under attack. Can young Arthur and his Ratbridge friends triumph and return with the cure for the towns ills?

Illustrated throughout with hundreds of detailed and delightful black-and-white drawings, this imaginative novel will captivate young sea-faring scallywags and brave buccaneers who love a daring, humorous, and extraordinary adventure.


The Ratbridge Nautical Laundry.
chapter 1 DIRTY WASHING
Arthur and his grandfather were on deck, helping pack up piles of washing to be returned to the customers of the Ratbridge Nautical Laundry. Around them the rats and pirates were all hard at work checking lists, hanging out clothes to dry, and emptying baskets of dirty washing down the hatch into the bilges to be washed.

“Almost out of washing powder!” shouted a rat called Bert as he tipped a shovel of pink powder down the hatch after the washing.

He tipped a shovel of pink powder down the hatch after the washing.

“You don’t half get through a lot,” commented Arthur.

“Not surprising given the state of this place’s underwear. Takes some shifting,” Grandfather said, smiling.

Then there was a commotion on the towpath. They turned to see policemen and an angry mob heading in their direction.

“What now?” muttered Tom, the worried-looking captain and laundry manager.

The police reached the gangplank, and the unruly mob stopped behind them.

“Hanging’s too good for them!”

Tom led the crew to the top of the gangplank to face the crowd.

One of the policemen came forward, pulled a piece of paper from his jacket, looked up at Tom, and spoke.

“Sir, are you in charge of this operation?”

Policemen and an angry mob.

“Well, I hereby arrest you and your crew.”

“SHAME ON THEM!” cried the mob.

“What have we done?” Tom and the crew had kept the town’s laundry and their noses clean ever since they had opened.

“Earlier this morning the famous Countess Grogforth visited the town on a ceremonial shopping trip and was shocked to see the town’s underwear flying from your rigging in a rude display.”

Kipper, the pirate by his side, was going red with indignation. “Yes. And it’s the town’s clothes!”

“That is not my concern. Countess Grogforth passed comment on the unfashionable and coarse nature of the said underwear, and was so shocked that she fainted away, damaging her wig, her highborn sensibilities, and the town’s pride. She is now seeking compensation for that injury, and the town is suing for damages to its reputation.”

“This is ridiculous!” whispered Arthur.

“As a law officer of this town, I hereby serve you all with this arrest warrant and summons to appear at court at ten tomorrow morning. You’re to remain here on the ship under police guard until we accompany you to court,” the policeman said. Then, pointing to the washing in the rigging with his truncheon, he added: “And take that washing in or there’ll be further charges.”

Leaning in toward the crew so that he couldn’t be heard by the mob around him, he quietly added, “Did you get the stains out of my vest?” 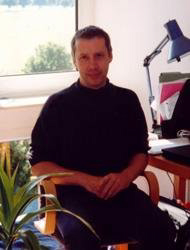 Alan Snow is a well-known author and illustrator of children’s books and has also worked in many fields of design and animation. He has written two novels, Here Be Monsters! and Worse Things Happen at Sea!, both set in the wonderfully weird world of Ratbridge. He lives in Bath, England.

Alan Snow is a well-known author and illustrator of children’s books and has also worked in many fields of design and animation. He has written two novels, Here Be Monsters! and Worse Things Happen at Sea!, both set in the wonderfully weird world of Ratbridge. He lives in Bath, England.

A Tale of Pirates, Poison, and Monsters

More books in this series: The Ratbridge Chronicles