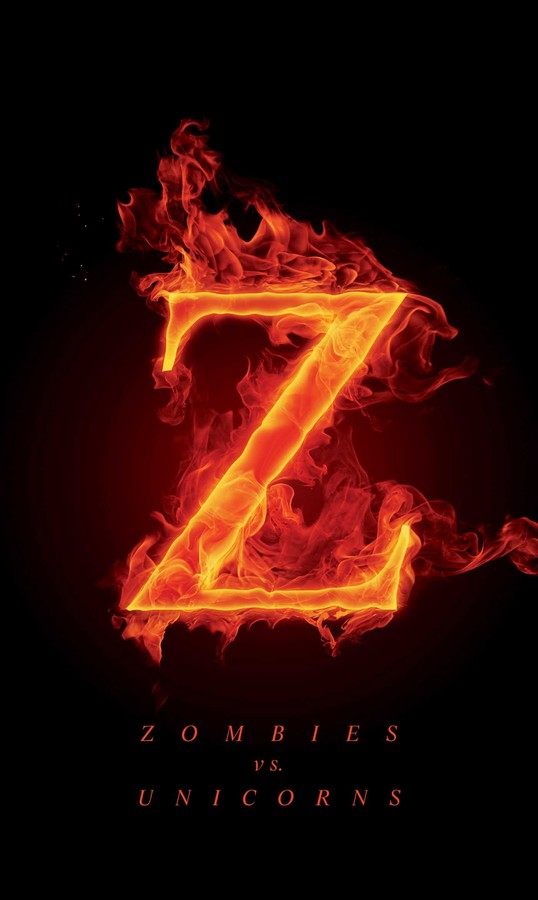 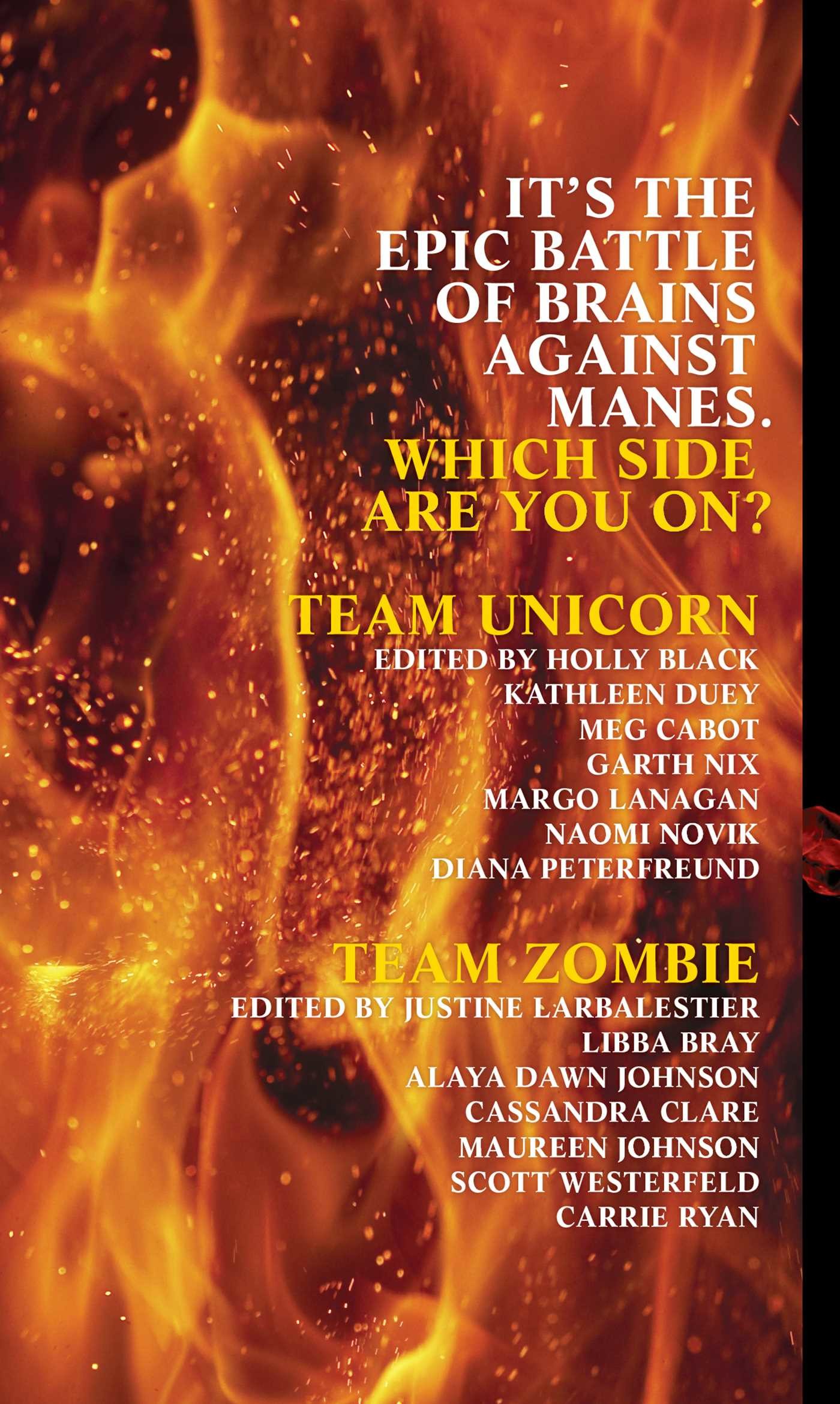 It’s the epic battle of brains against manes. Which side are you on?

It’s a question as old as time itself: which is better, the zombie or the unicorn? This all-original anthology edited by Holly Black (Team Unicorn) and Justine Larbalestier (Team Zombie) makes strong arguments for both sides in the form of spectacular short stories. Half of the stories portray the strengths—for good and evil—of unicorns, and half show the good (and really, really badass) side of zombies. Contributors include many bestselling authors, including Cassandra Clare, Libba Bray, Maureen Johnson, Meg Cabot, Scott Westerfeld, and Margo Lanagan.

This anthology will have everyone asking: Team Zombie or Team Unicorn?

Zombies vs. Unicorns
“The Highest Justice”
Holly: Legends of unicorns occur all over the world throughout recorded history. From a unicorn in Persia, described in the fourth century as having a long white horn tipped in crimson, to the German unicorn whose single horn broke into branches like a stag, to the fierce Indian unicorn, black-horned and too dangerous to be taken alive. There’s the kirin in Japan, with a deerlike body, a single horn, and a head like a lion or wolf. And there’s the medieval European unicorn, with the beard of a goat and cloven hooves.

No matter the origin, the unicorn is usually thought to be a solitary creature whose very body possesses the power to heal. The legends describe it as elusive and beautiful, fierce and strange.

In fact, such is the mysterious draw of the unicorn that originally the story that follows was meant to be a zombie story. Somehow the power of the unicorn caused the story itself to switch sides.

Garth Nix’s “The Highest Justice” draws on the association between unicorns and kings. The Chinese qilin presaged the death of Emperors. The heraldic unicorn shows up on coats of arms, including the Royal Arms of Scotland and England. And in “The Highest Justice,” a unicorn takes an even more direct interest in a royal family.

Justine: That is so unconvincing. Emperors and kings. Noble families. You’re just saying unicorns are stuck-up snobs. Zombies are the proleteriat. Long live the workers!

Also, your global list of genetic experiments gone wrong (deer with the head of a lion? Talk about top heavy!) prove nothing about unicorn variation. Everyone knows unicorns are all-white or rainbow-colored. Ewww. Zombies come in all races. There is nothing more democratic than zombies!

It’s an outright lie that the power of the unicorn caused the story to switch sides. Garth Nix has always been a unicorn lover! He was supposed to write a zombie-unicorn story. But he messed it up, didn’t he? (Dear Readers, you will notice much messing up from Team Unicorn throughout this anthology.)

Holly: Zombies represent the workers? A seething mass out to get us all, eh? That doesn’t seem so egalitarian.

"Forget vampires vs. werewolves; the hottest feud is between fans of the fiercely magical horses and the shambling, brain-eating undead. . . . Who is the victor in this epic smackdown? Readers, of course!" - Kirkus Reviews

* "In this offbeat anthology, editors Black and Larbalestier embark upon a literary throw-down to determine which is superior: zombies or unicorns. . . . Without a clunker in the bunch, this anthology more than lives up to the potential its concept suggests. Zombies or unicorns? There's no clear winner, unless it's readers." - Publishers Weekly, starred review

"Who ultimately wins? To reuse an old joke: everyone." - Booklist

* "This is a must-have for fantasy collections.” - School Library Journal, starred review