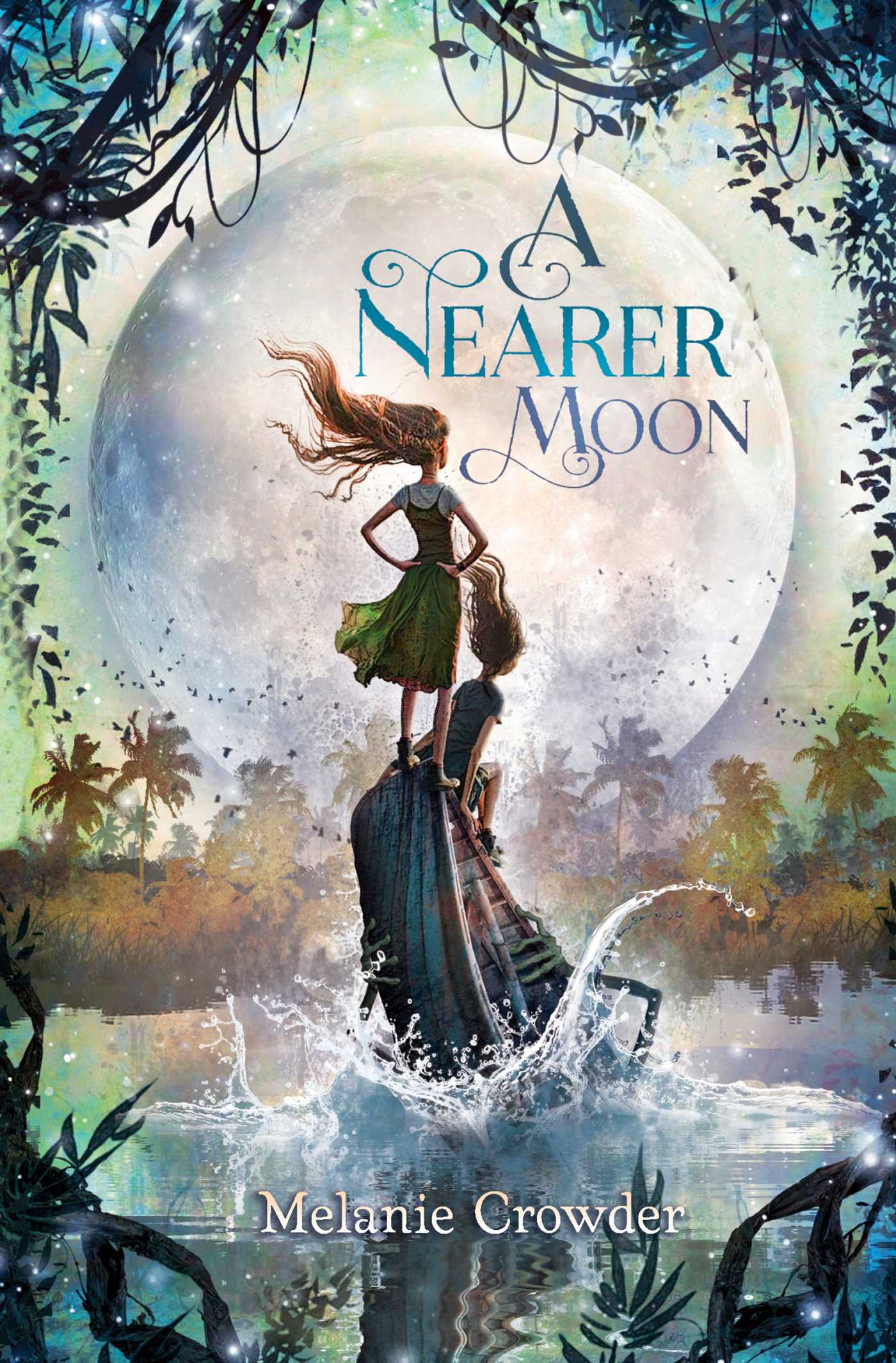 In a small river village where the water is cursed, a girl’s bravery could mean the difference between life and death in this magical story of “perseverance and hope” (Kirkus Reviews, starred review) from the author of Parched and Audacity.

Along a lively river, in a village raised on stilts, lives a girl named Luna. All her life she has heard tales of the time before the dam appeared, when sprites danced in the currents and no one got the mysterious wasting illness from a mouthful of river water. These are just stories, though—no sensible person would believe in such things.

Beneath the waves is someone who might disagree. Perdita is a young water sprite, delighting in the wet splash and sparkle, and sad about the day her people will finally finish building their door to another world, in search of a place that humans have not yet discovered.

But when Luna’s little sister falls ill with the river sickness, everyone knows she has only three weeks to live. Luna is determined to find a cure for her beloved sister, no matter what it takes. Even if that means believing in magic…

1 Luna
At the edge of the swamp, rimmed round with tall marsh grasses and dotted with pulai trees dripping humid tears, a girl with long limbs and hair as dark as a moonless night stepped through the reeds and into her shallow boat.

On the hill behind her, seraya trees rustled their leaves, and a blizzard of tiny yellow flowers spun through the air. To the west, the river spilled in; to the east, the dam held back the water. In the space between, her village perched over the sweltering swamp.

Luna lifted a long steering pole and was just about to shove away from the shore when a smaller girl with the same black hair and gangly limbs called out as she ran down the hill from the garden plots.

“Take me with you!” Willow shouted.

Luna stepped one foot back on the shore to steady them both, reaching out a hand to help her little sister into the boat.

“You weren’t really going without me, were you?” Willow wobbled, arms outstretched, toward the bow.

Luna chuckled. As if her little sister would ever allow that.

Willow sat cross-legged on the rough-hewn floor and rubbed the tiny pewter charm tacked to the bow for luck. She gripped the edges of the boat, her whole body twitching with excitement.

Luna tested her weight and shifted the bundle of nets at her feet. With one solid push, the flat boat drifted out of the reeds, gliding between water lilies opening to greet the late morning sun. A haze of sticky, sweaty heat hung like a cloud of gnats over the swamp.

Luna dipped her pole into the water. Hand over hand, she lowered it down until the smooth wood caught in the mud below, caught and held like a child curling her fingers into a lock of hair and gripping tight.

Luna leaned out and pulled her pole away from the reluctant mud, hand over hand. Water trickled over her knuckles, streaming down her arms and drip, drip, dripping from her elbows, until the silt-drenched tip rose into the air, dropping the mud back where it came from.

The boat wandered through a grove of waterlogged trees and under the village perched above. The huts were raised on stilts and strung together just above the waterline by walkways that swayed in the gentle winds swirling through the swamp. As they passed by, Granny Tu left her rocking chair and stepped to the railing. Her skin was wrinkled as a plum passed over by the pickers and left on the tree to wither, but her eyes were sharp and sparkling. She cupped a hand to her mouth. “Bring me back a big one.”

Most of the villagers were tucked into the shadows, away from the buggy morning, but Luna’s best friend, Benny, pushed back the shutters and leaned out the window of his hut to wave as they passed. His straight black hair hung like a curtain in front of his eyes, and he swept it away impatiently.

“Come over after, okay?” he called.

She steered away from the village and between the last set of pulai trees, weaving between their buttressed roots and gliding out onto open swamp. It was quiet except for the buzzing of water bugs and the bulbuls chattering in the treetops. Quiet and empty, with only her little boat moving on top of the water.

“How was school this morning?” Luna asked.

“We did our plusses, up to a hundred. And I’ve got spelling lists to study tonight.” Willow leaned back until she could see her sister’s face, upside down and swaying as Luna pushed her pole into the mud and hefted it back out again. “You’ll help me, won’t you?”

“What else?” Luna asked.

“Lily’s gran brought lemon drops for snack. She told us a story of a wood sprite that lived in her rafters when she was little. They never once saw it, but if they so much as dusted the beam where its bundle-of-sticks house was, the milk would turn sour and vegetables would rot overnight.” Willow shuddered with glee, slapping her hand against the rim of the boat. “No, thank you. No sprites as houseguests for me!”

“Nah, there’s no such thing as sprites,” Luna said. She jiggled her weight from one foot to the other, just enough to set the shallow boat rocking. Not enough to tip it over—a boat wide enough to steer through the swamp was all but impossible to tip over—but enough to set Willow squealing in giddy protest.

Luna poled to the wide mouth of the swamp where it met and slowed the steady push of the river. Just out of sight, the channel narrowed and the current picked up speed. Luna wasn’t allowed past the bend in the river. Her flat-bottomed boat wasn’t made for cutting through bumping, frolicking water. But some days, if she was lucky, a fish that didn’t know any better would wander a little too close to the swamp and find the back of her net.

The boat slid into an eddy, and Luna cast her net out over the water. She wasn’t going to catch anything, not today, with Willow’s giggles startling the fish into the shadows. But on a day like this, when even the dragonflies seemed to tilt their wings to catch a little extra of the sun’s sparkle, empty nets were nothing to scowl at. Willow leaned over the edge of the boat and stared down into the clear water below. Luna kept half an eye on her sister, the other half on the net she flung out and back, out and back again, just for the rhythm of it, for the feel of the rope in her hands and the coarse wood under her bare feet.

When the sun was at its highest, and it was too hot to even pretend at fishing, Luna poled away from the river and let her boat drift out into the center of the swamp. She shoved her steering pole deep into the muck, pushing faster and faster, until the boat spun, and spun, and spun, never tipping or dipping into the swamp water the tiniest bit. Willow lay on her back, gripping the edges of the boat and laughing so hard it sounded like she might choke.

“I’m gonna steer you straight into the slick,” Luna teased.

Willow sat up and twisted to look over her shoulder at the tongue of still, filmy water at the far end of the swamp.

“That’s not funny, Luna. You would not.”

Luna turned the boat far away from the dead spot on the water. Of course she wouldn’t, and not just because it was one of Mama’s never-to-be-broken rules:

Don’t go past the bend in the river.

Don’t go below the dam.

Steer far away from the slick.

“Of course I’m kidding,” she said, setting the boat to spinning again.

Willow’s laughter echoed through the swamp, and it filtered down into the layers of silty water beneath. Down through the fingers of floating weeds, down beneath the lip of an underwater cave where a wretched creature huddled and tried not to listen, tried not to hear the sound that grated most against its ears, that carved new scars into its rotten heart.

The laughter didn’t stop, so the creature, no bigger than a frog, rose toward the surface. The slick moved with it. The creature rose and reached a gnarled hand toward the bobbing, spinning boat. With a tug of its tiny fingers, just a hair’s breadth away from the charm tacked to the bow, it gripped the wood and dipped the boat beneath the surface, just for a second, just long enough to fill the little one’s mouth, opened wide with laughter, full of black swamp water.

The laughter stopped and the boat ceased its spinning. The creature slid, unseen, back to its cave, the silence smothering its aching heart like a damp blanket over hot coals.

Willow sat up quick, her eyes wide as a startled rabbit’s. Water streamed down her nose and over her temples. She sputtered and coughed the filthy swamp water off her tongue.

Luna scrambled toward her sister. “Spit it out! Spit it all out!”

Willow leaned over the side of the boat, her stomach heaving as she retched, her eyes teary and her nose running. Luna gripped her sister’s slight shoulders to keep her from falling in.

When Willow leaned back at last, Luna helped her sit, wiping her lips dry with the edge of her cotton shirt. “Are you all right? I’m so sorry—we weren’t anywhere near the slick—I was just teasing. I don’t know what happened!”

The two girls stared in stunned silence at each other. Streaks of silt dried on Willow’s face like shadows laid over a patch of sunlight. She managed a wavery grin and spat again. “Let’s just go home, okay?”

Luna gripped her pole in trembling hands and settled herself at the stern on unsteady legs. She guided her boat between the pulai trees and skimmed over the swamp, never spinning or dipping or bobbing the slightest bit.

“Granny Tu will make you a pot of tea, and we’ll forget this ever happened,” Luna said, though the words rang false even in her ears. She knew, and Willow knew, that it was already too late. 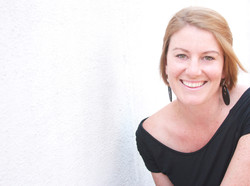 Melanie Crowder lives on the Colorado Front Range, where she is a writer and educator. She holds an MFA in writing from Vermont College of Fine Arts. She is the author of the middle grade novels Parched, A Nearer Moon, and the Lighthouse Keepers series and the young adult novels Audacity and An Uninterrupted View of the Sky. Visit her at MelanieCrowder.com.