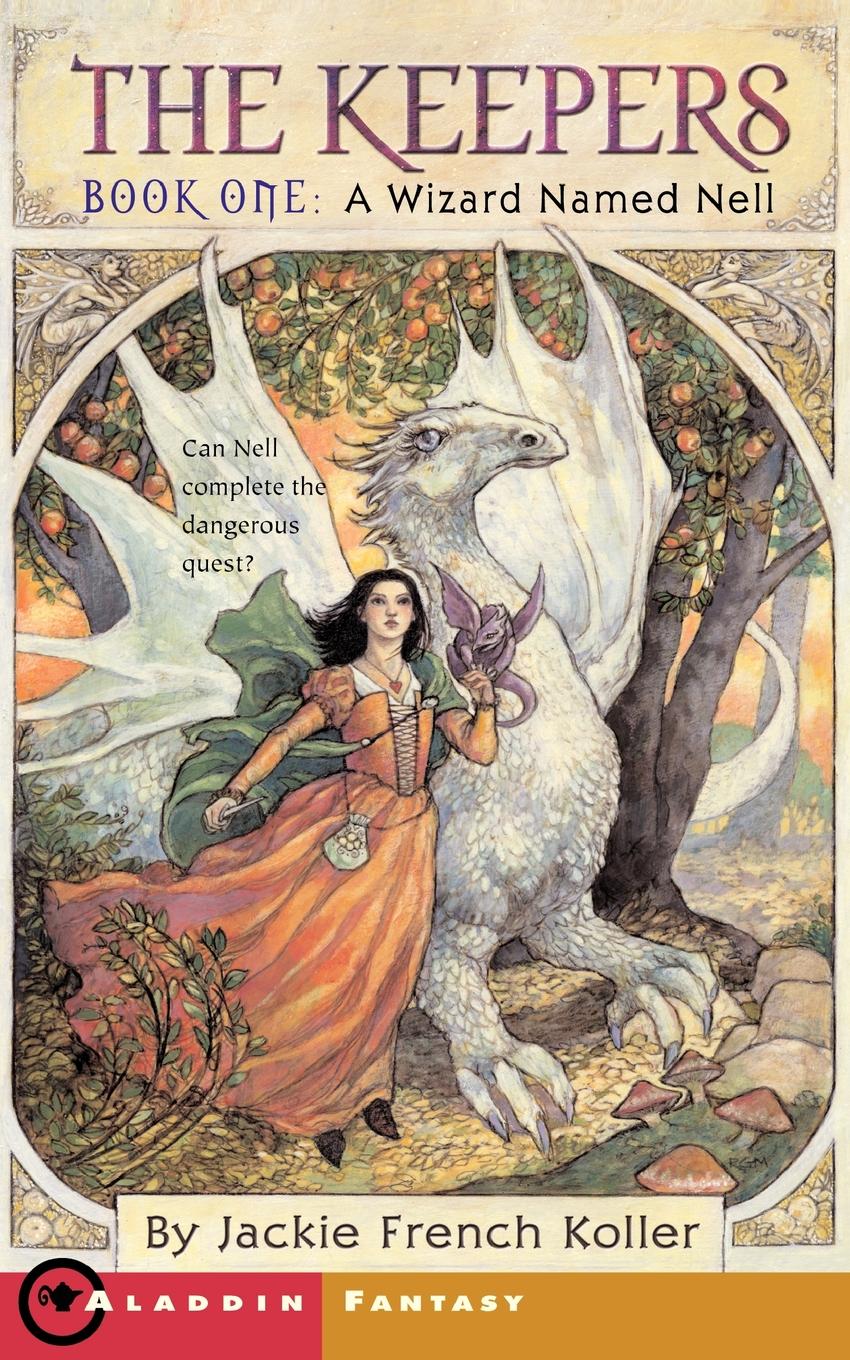 By Jackie French Koller
PRICE MAY VARY BY RETAILER

A Courageous Choice
In the magical world of Eldearth, Witches and Wizards live side by side with Humans, Weefolk, though elusive, are abundant, and Dragons and Unicorns still walk the land. But the present Imperial Wizard, Keeper of the Light that protects Eldearth, is aging and ill. If a new apprentice is not found soon, Eldearth may succumb to the evil powers of the dark Lord Graieconn. There is a long tradition in Eldearth that the keeper must be a Wizard, and only boys can be Wizards, but so far, all the boys who have attempted the difficult quest to become Apprentice Keeper have failed. Time is running out.
Princess Arenelle, a promising young Witch, has just reached eleven, the age of Magic, and wishes to undertake the quest. Her father, King Einar, forbids it, fearing for her safety and claiming that her heart is too soft. Against the King's wishes, Nell sets out into the unknown with her pet demidragon, Minna. Aided by Folk she meets along the way and an albino Dragon that she rescues from near death, Nell battles the fearsome forces of nature, Evil, and ignorance that are amassed against her. It will require all of her strength, cunning, and courage to defeat them. Does Nell have what it takes to become the next Apprentice Keeper?

Jackie French Koller has been a storyteller since the sixth grade, when she amused her friends by spinning tales on the playground. She has also edited a children’s newspaper, taught writing in public schools, and studied art. Ms. Koller lives in Groton, Massachusetts, with her husband.

By Jackie French Koller
PRICE MAY VARY BY RETAILER