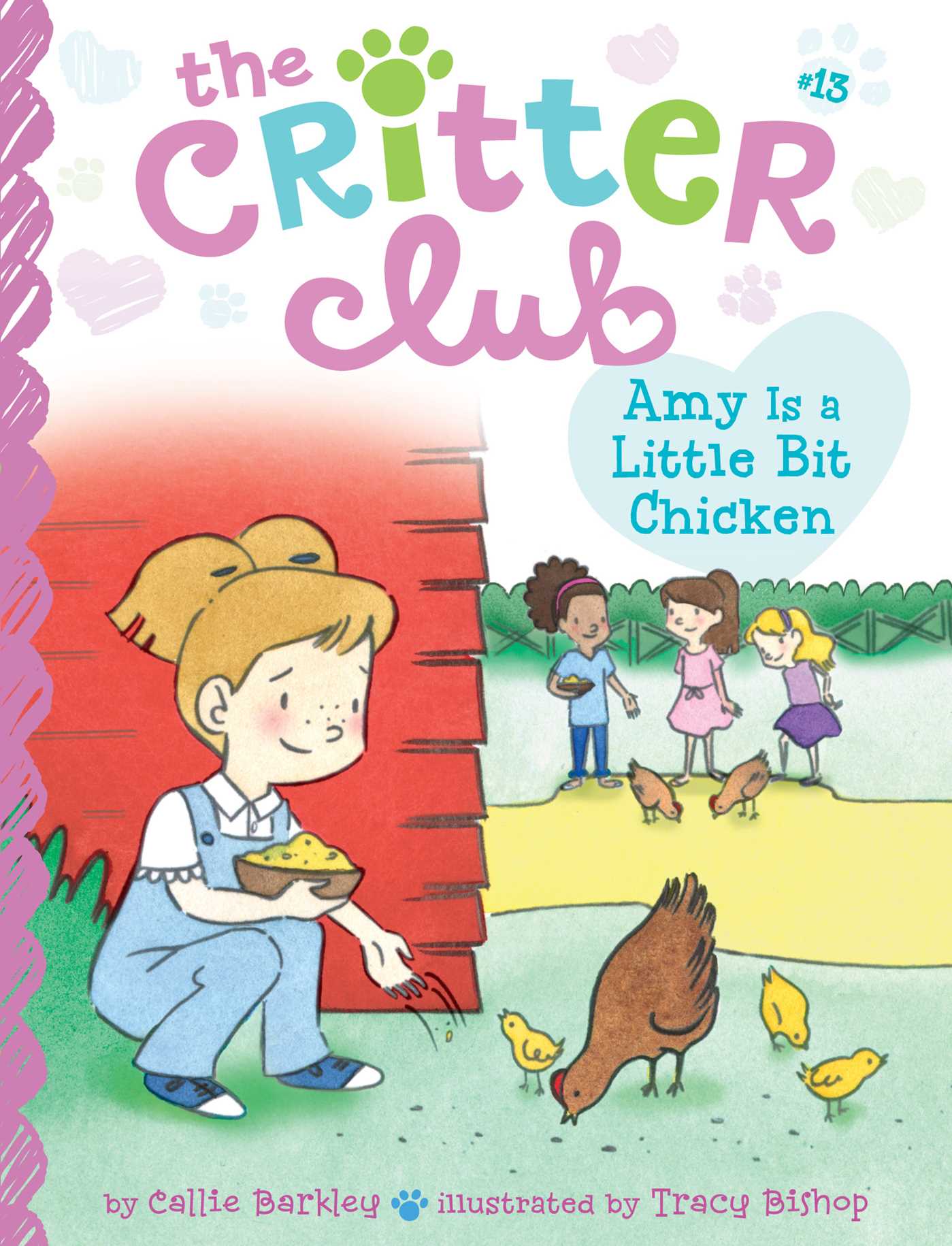 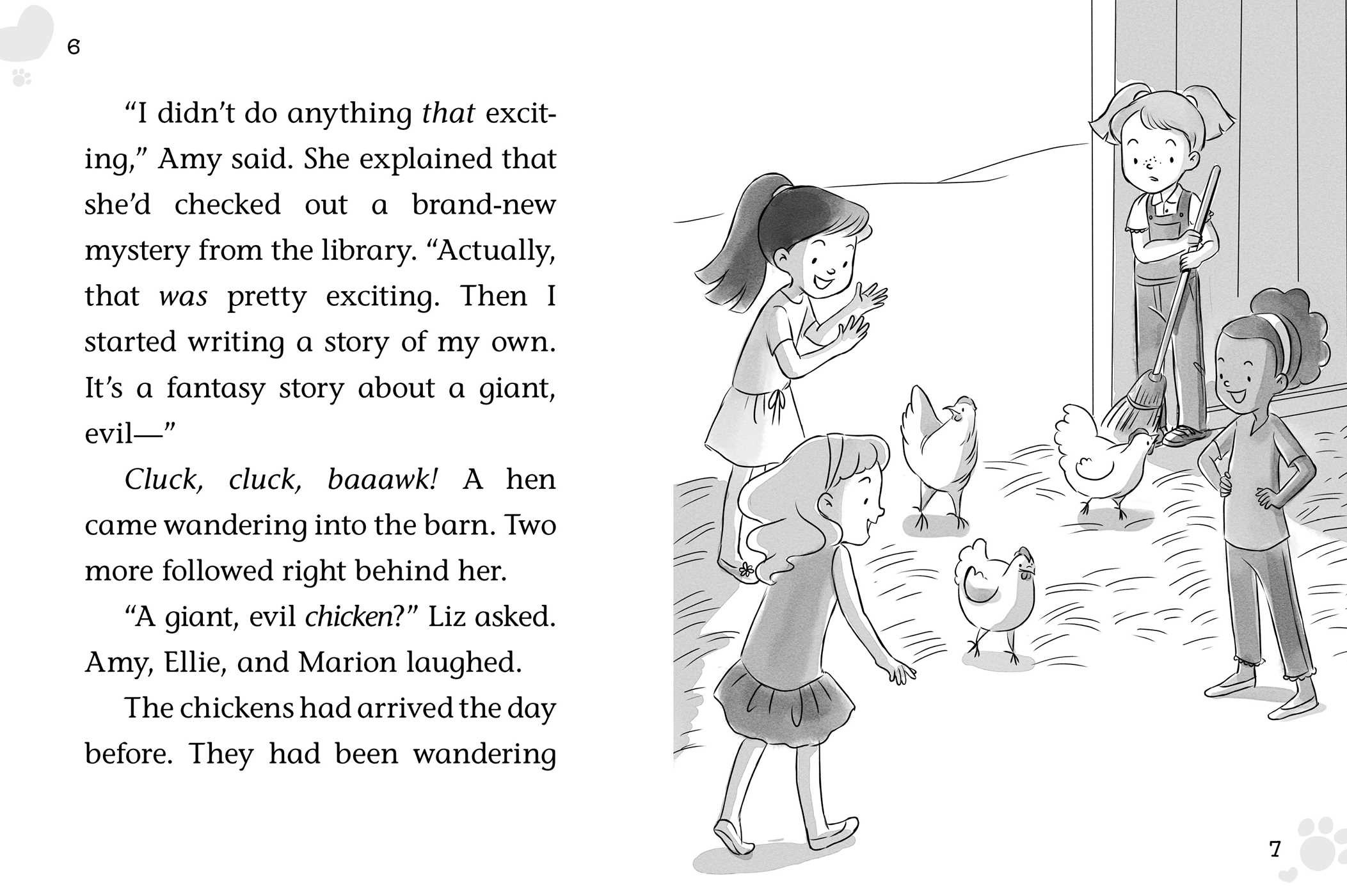 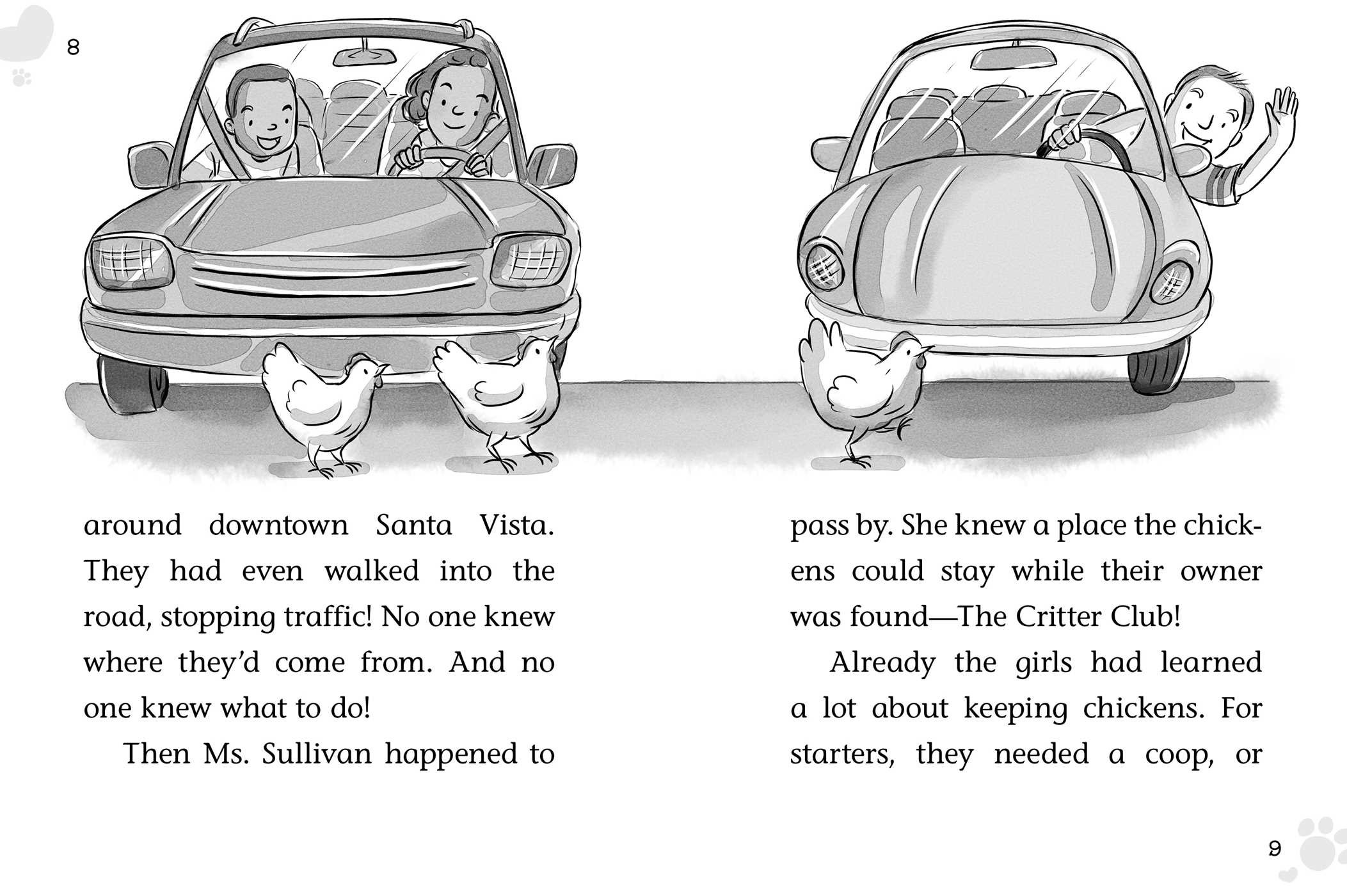 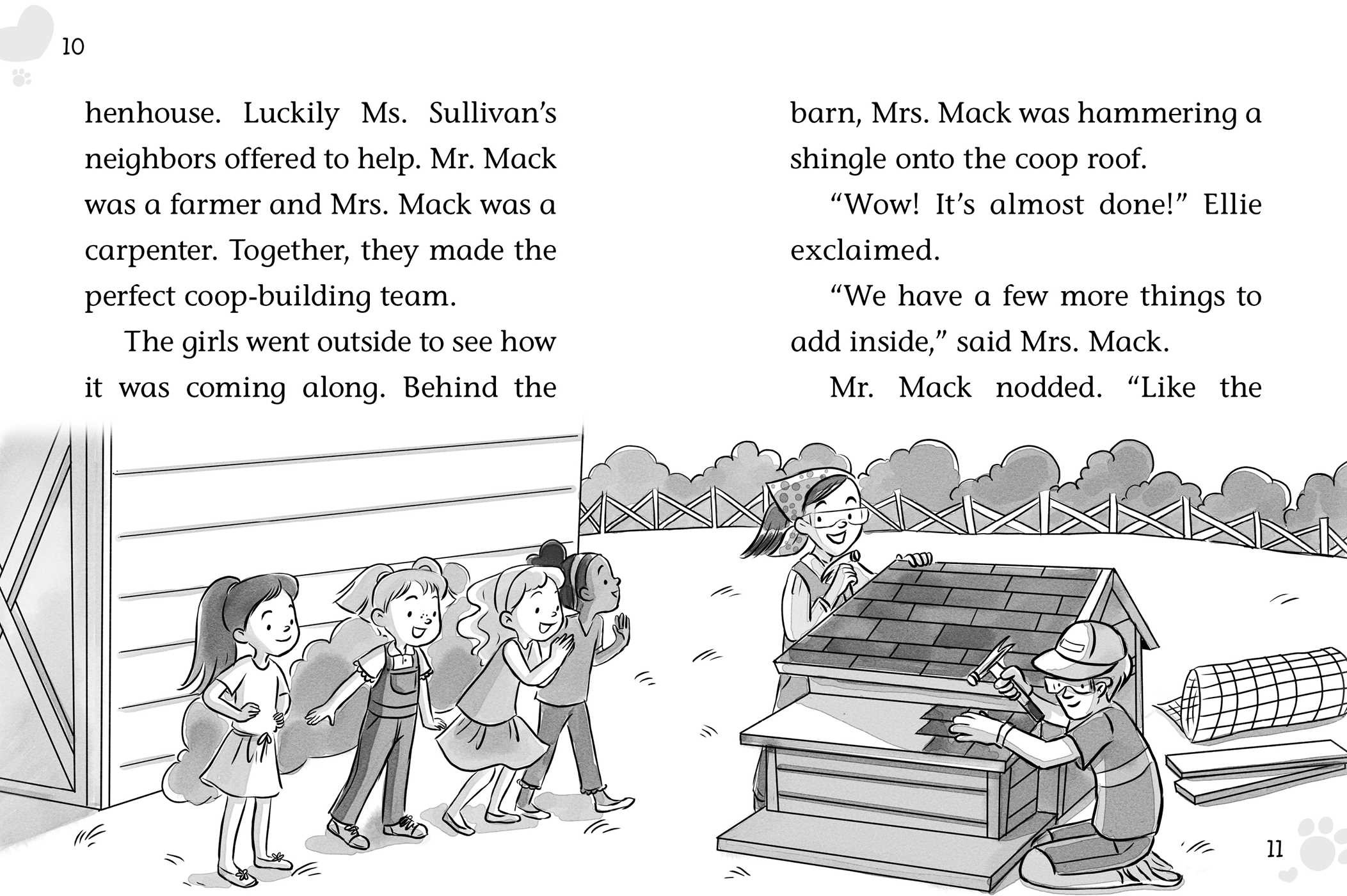 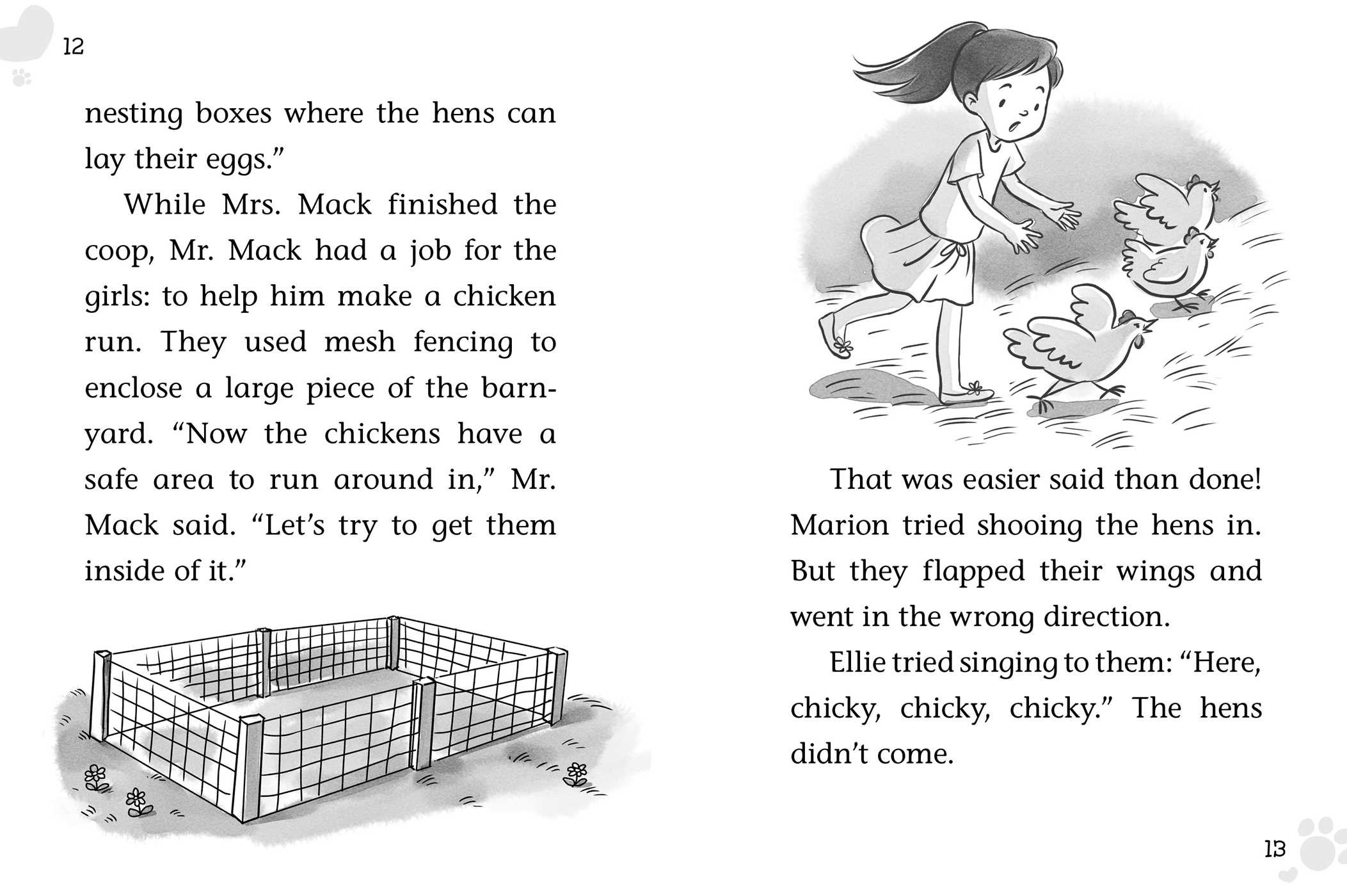 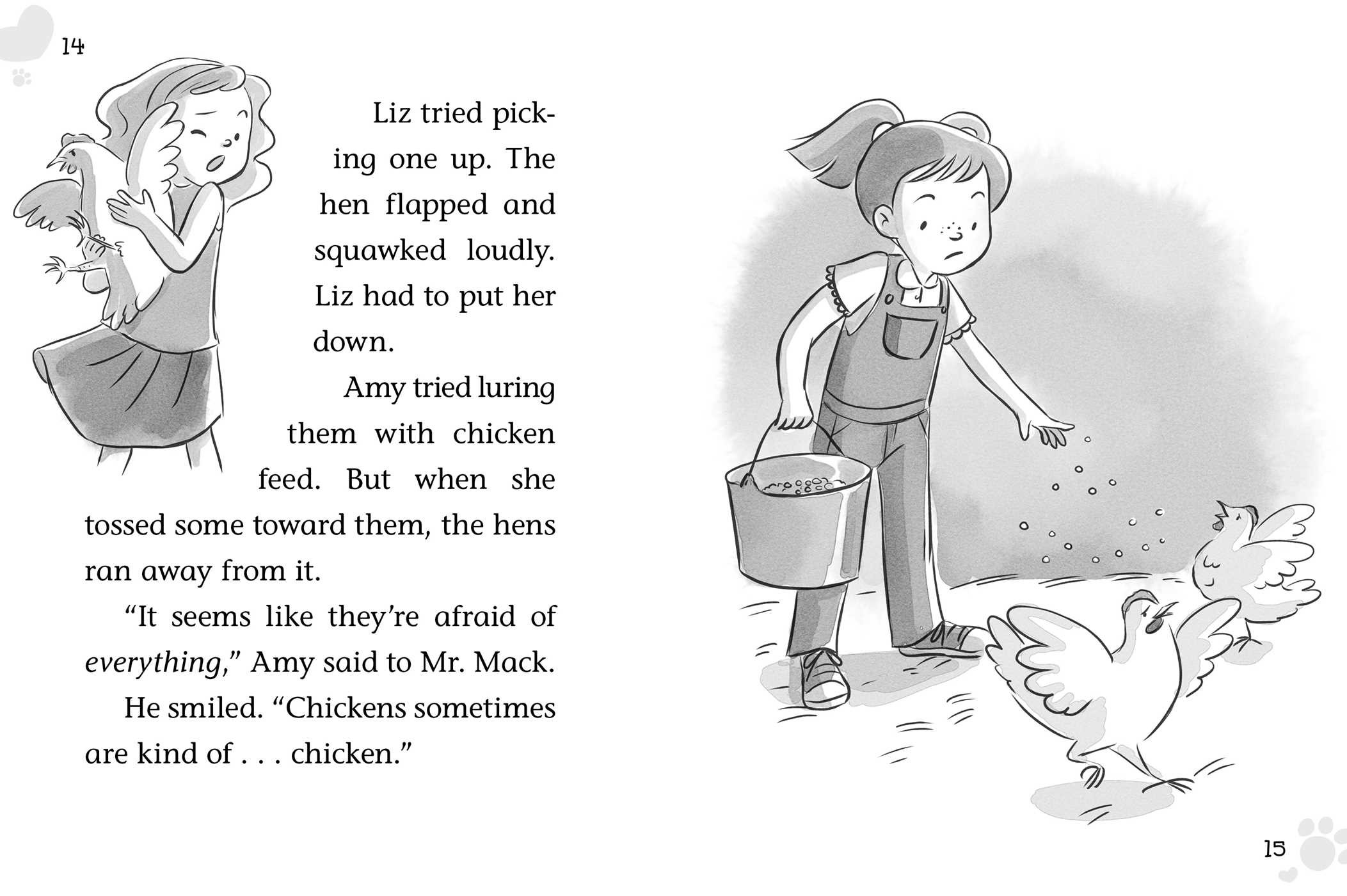 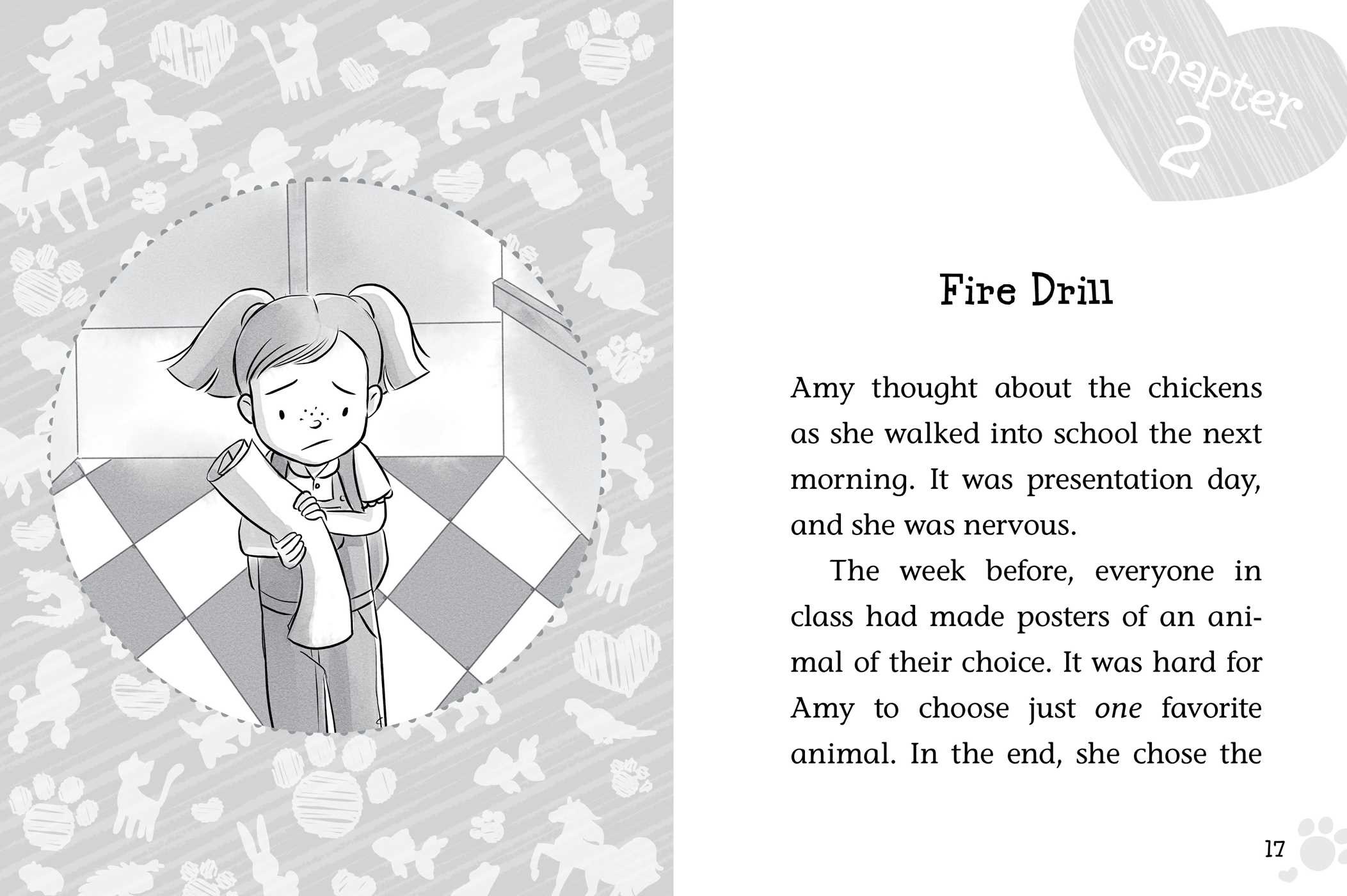 Amy and her friends care for some chickens and prepare for the Santa Vista Quiz Bowl in the thirteenth book of The Critter Club series!

Amy has never liked being in the spotlight. When all of her friends decide to form a team for the Santa Vista Quiz Bowl, Amy isn’t so sure it’s a good idea. She knows she can answer the quiz questions…but can she do it in front of hundreds of people?

Meanwhile, the Critter Club is caring for a few chickens that need a home. And as the day of the Quiz Bowl gets closer, Amy starts to feel a little bit chicken herself! Will she get over her stage fright and help her team win?

Cluck, Cluck!
Amy swung the barn doors open. Sunlight and fresh air came in. Dust and dirt went out as Amy began sweeping the barn floor. It was a beautiful Sunday—cleanup day at The Critter Club.

Amy and her best friends, Marion, Liz, and Ellie, talked as they worked.

“My mom took me to the art museum yesterday,” Liz said. She was wiping down the tables. “We saw some Chinese brush paintings. They were so beautiful!” Liz sighed. “I want to learn how to paint like that!”

Amy smiled. Liz was always planning her next art adventure.

Ellie was emptying the garbage can. “I spent yesterday making up a dance routine,” she said. “Then I put on a show for my family!”

Ellie showed the girls some of the moves—ballet leaps, jazz taps, and hip-hop bounces. Liz, Marion, and Amy clapped. Ellie was such a fearless performer.

Marion told them about her Saturday lunch with her grandparents. “After that, Coco and I had our horseback-riding lesson.” Coco was Marion’s horse. “We started working on jumping over ditches!”

Wow! Amy thought. She could not imagine flying through the air on a horse!

“I didn’t do anything that exciting,” Amy said. She explained that she’d checked out a brand-new mystery from the library. “Actually, that Was pretty exciting. Then I started writing a story of my own. It’s a fantasy story about a giant, evil—”