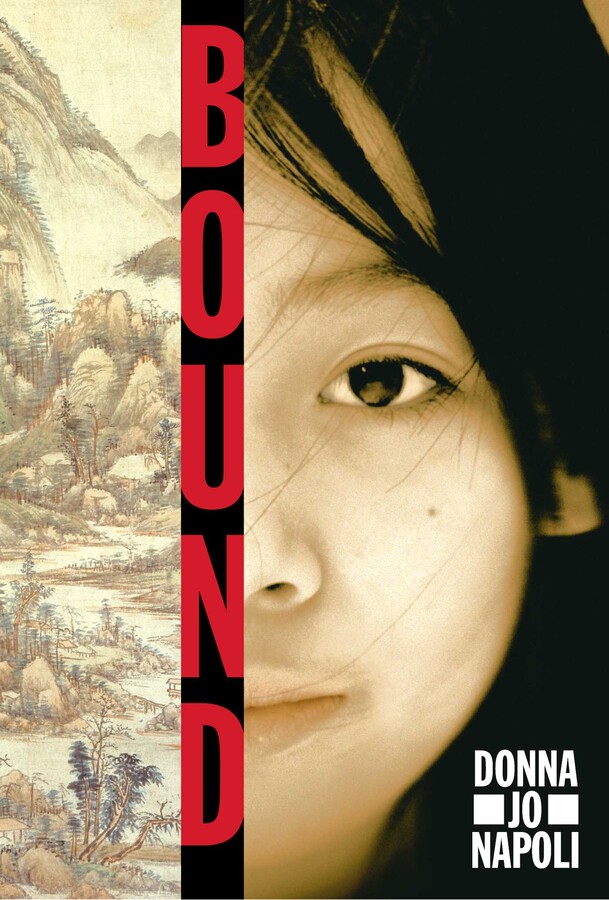 By Donna Jo Napoli
PRICE MAY VARY BY RETAILER

YOUNG XING XING IS BOUND.
Bound to her father's second wife and daughter after Xing Xing's father has passed away. Bound to a life of servitude as a young girl in ancient China, where the life of a woman is valued less than that of livestock. Bound to be alone and unmarried, with no parents to arrange for a suitable husband. Dubbed "Lazy One" by her stepmother, Xing Xing spends her days taking care of her half sister, Wei Ping, who cannot walk because of her foot bindings, the painful but compulsory tradition for girls who are fit to be married. Even so, Xing Xing is content, for now, to practice her gift for poetry and calligraphy, to tend to the mysterious but beautiful carp in her garden, and to dream of a life unbound by the laws of family and society.
But all of this is about to change as the time for the village's annual festival draws near, and Stepmother, who has spent nearly all of the family's money, grows desperate to find a husband for Wei Ping. Xing Xing soon realizes that this greed and desperation may threaten not only her memories of the past, but also her dreams for the future.
In this searing story, Donna Jo Napoli, acclaimed author of Beast and Breath, delves into the roots of the Cinderella myth and unearths a tale as powerful as it is familiar.

Xing Xing squatted by the water, silent and unmoving. Her stillness was a prayer.

It was answered: The sun glinted red. Only an instant and it was over, but there could be no doubt; her eyes had not played tricks: A white fish with red fins and golden eyes zipped past and under a lotus leaf. She laughed in delight.

"Lazy One, bring the firewood," came the distant call.

In the past year "Lazy One" had practically become Xing Xing's household name. She imagined her father's wife holding one hand above her eyes against the sun that was so bright today, it had already burned off the morning fog. She imagined her frowning in impatience, then ducking back into the shadows of the cave. The girl picked up the armful of wood she'd gathered and rushed back along the path. Her hair was tied in two hanging knots that thumped on her shoulders as she ran. Hurry, they drummed, hurry hurry. The cold dirt licked at her feet. Hurry hurry.

But she was wrong. Stepmother had not gone inside. The woman shivered in the chill of spring, arms crossed over her chest. "Get inside, Lazy One." She yanked one of Xing Xing's hair knots as the girl raced past through the open door.

The air of the main cavern had changed already. While the roof was so thick that the temperature hardly varied from summer to winter, the quality of the air could change drastically. Right now it had grown clammy. Xing Xing knelt and fed tinder to the coals of the dying fire, then sticks, then the wood she'd just brought in. The door squeaked shut behind her. Stepmother didn't oil the hinges on purpose because the noise scared away demons. Xing Xing got to her feet and turned around to find Stepmother standing right there, her hands on her hips, her muscled arms cocked like wings.

Xing Xing knew this was Stepmother's way of asking why she'd come from the direction of the pond rather than the woods. She'd seen the beautiful pool fish twice now -- yesterday afternoon and again this morning. It was her secret. Stubbornness entered her. She looked in Stepmother's eyes without blinking.

"But water does." Stepmother hobbled over and picked up the water bucket and carrying pole. She hobbled back and put one in each of Xing Xing's hands. "Are you waiting for grass to grow under your feet?"

Xing Xing ran out the door again, leaving it open. She rushed through the buzz of the bees they kept in the hive on the side of their cave. Rush rush, buzz buzz.

"My daughter will wake soon," called Stepmother after her. "And hunger hurts."

Xing Xing returned to the pond, only too happily. She filled the bucket, then walked around the edge, looking. The thought of Stepmother's daughter waking and complaining of hunger quickened her pace.

It wasn't that her half sister would be truly hungry, not like the old beggar men who wandered the village, hands outstretched, and slept at night under the raised floor of the public pavilion. Rather, her half sister's stomach would simply have emptied of the meal she ate last night. But she felt so poorly these days that Xing Xing didn't want to allow even that small amount of extra discomfort. Besides, her complaints could result in a smack on the head for Xing Xing.

The fish didn't show itself.
rd

Well, of course not. Secrets could never be rushed. They had to come of their own accord, on their own schedule. That way, when they came, they offered themselves as a gift.

Xing Xing leaned over the water, extending her right cheek till she could feel the wetness that hovered in the air close to the pond's surface. "Later," she sang. Then she stood and turned in a circle, lifting her chin so both her cheeks could brush the dry air. This was her way of caressing the spirit of her mother so that she could feel close by. She balanced the bucket on one end of the pole and put the other end over her shoulder, then walked home without spilling a drop. 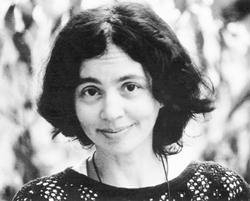 Donna Jo Napoli is the acclaimed and award-winning author of many novels, both fantasies and contemporary stories. She won the Golden Kite Award for Stones in Water in 1997. Her novel Zel was named an American Bookseller Pick of the Lists, a Publishers Weekly Best Book, a Bulletin Blue Ribbon, and a School Library Journal Best Book, and a number of her novels have been selected as ALA Best Books. She is a professor of linguistics at Swarthmore College in Pennsylvania, where she lives with her husband. Visit her at DonnaJoNapoli.com.

"An adventure and a coming-of-age story that will have readers racing to the finish." -- Publishers Weekly, starred review

By Donna Jo Napoli
PRICE MAY VARY BY RETAILER

SEE ALL
See more by Donna Jo Napoli
Thank you for signing up, fellow book lover!