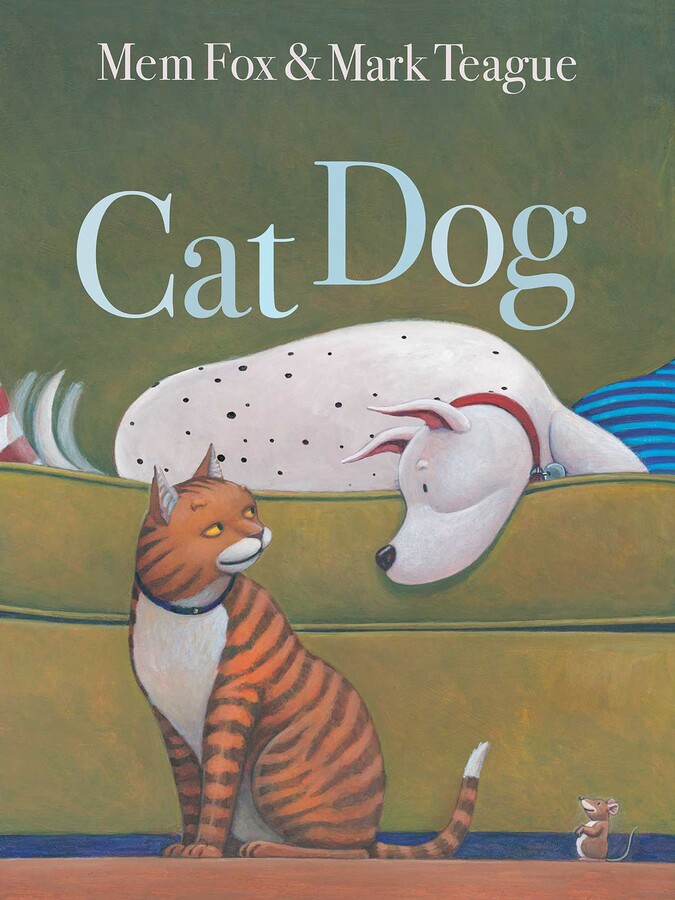 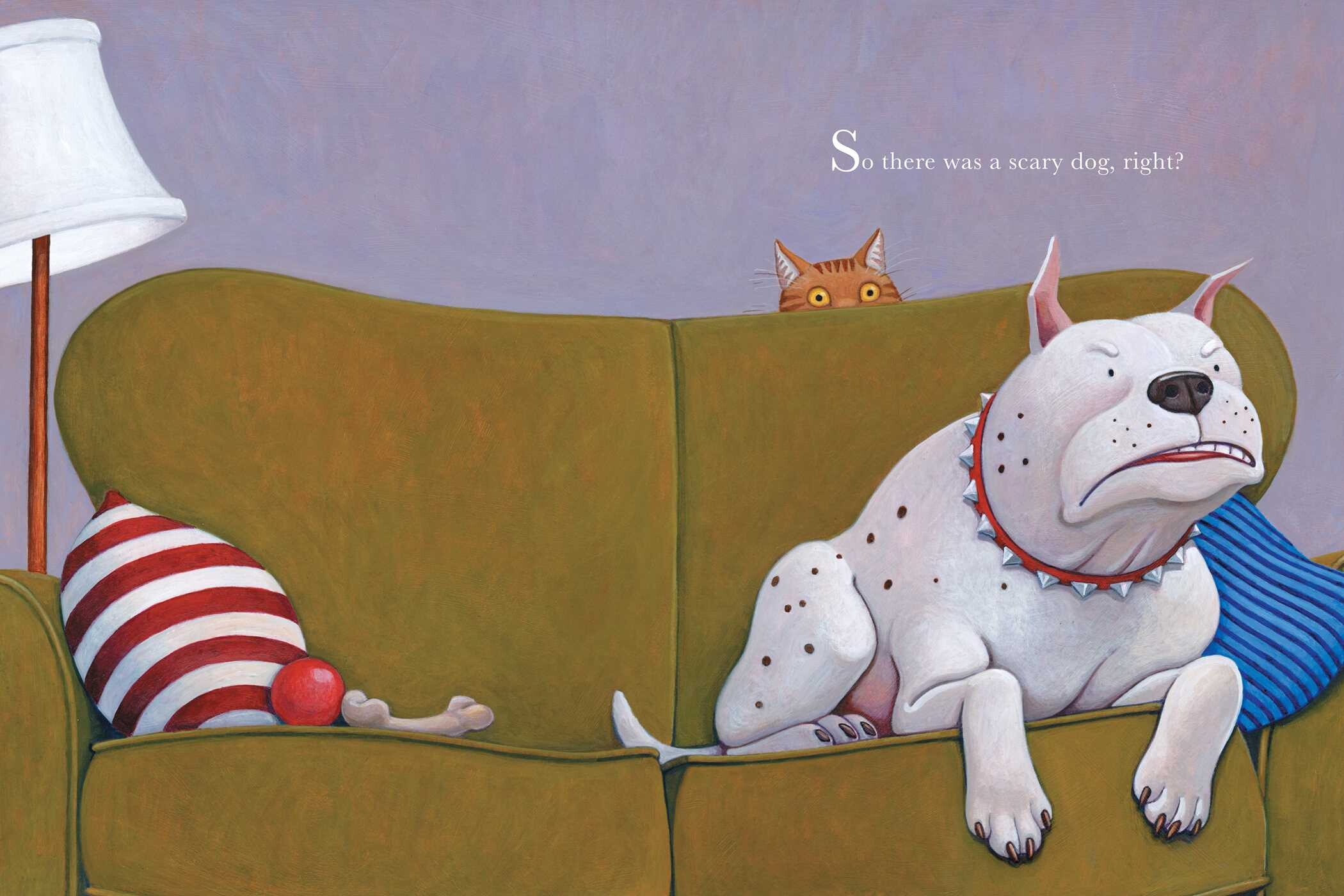 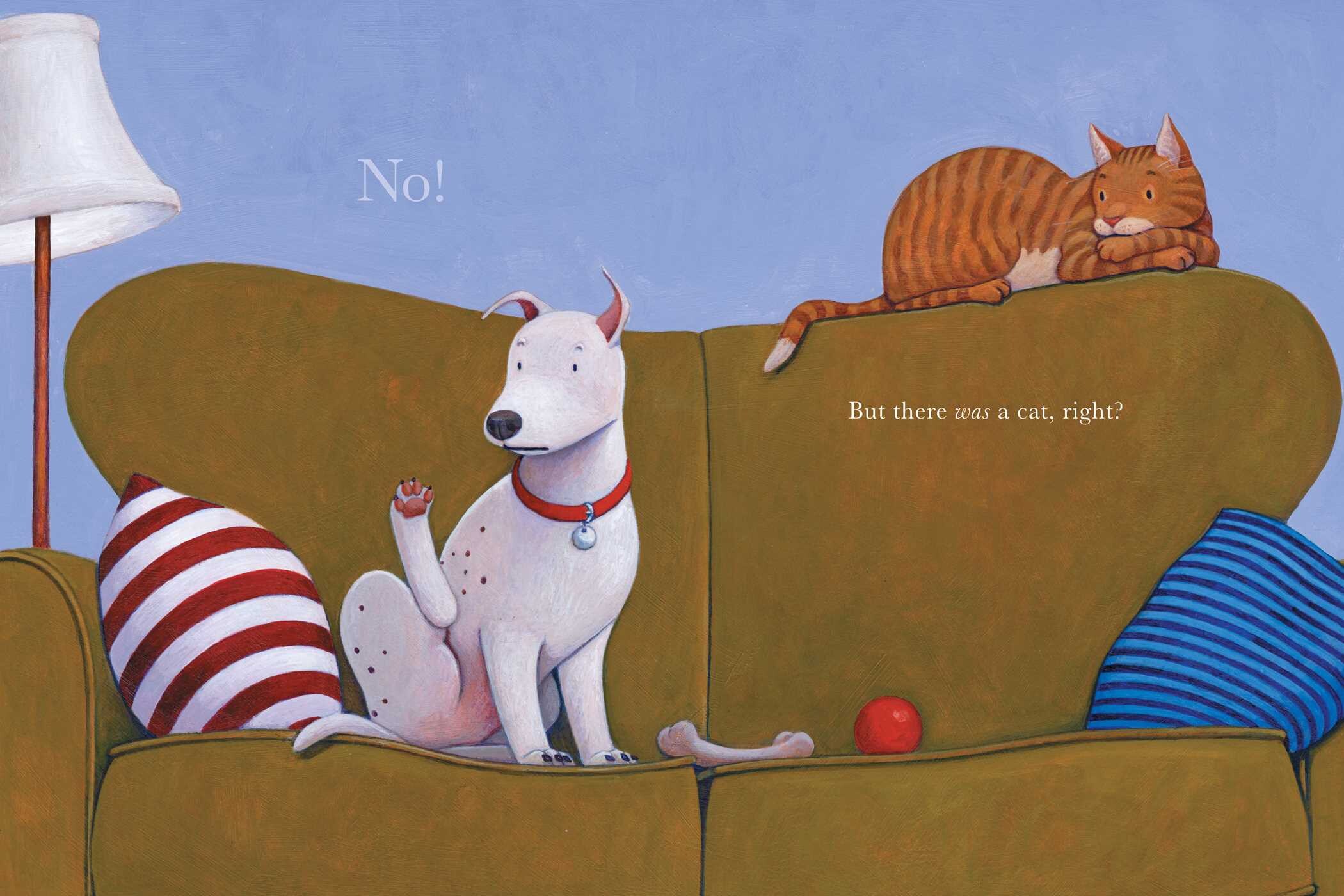 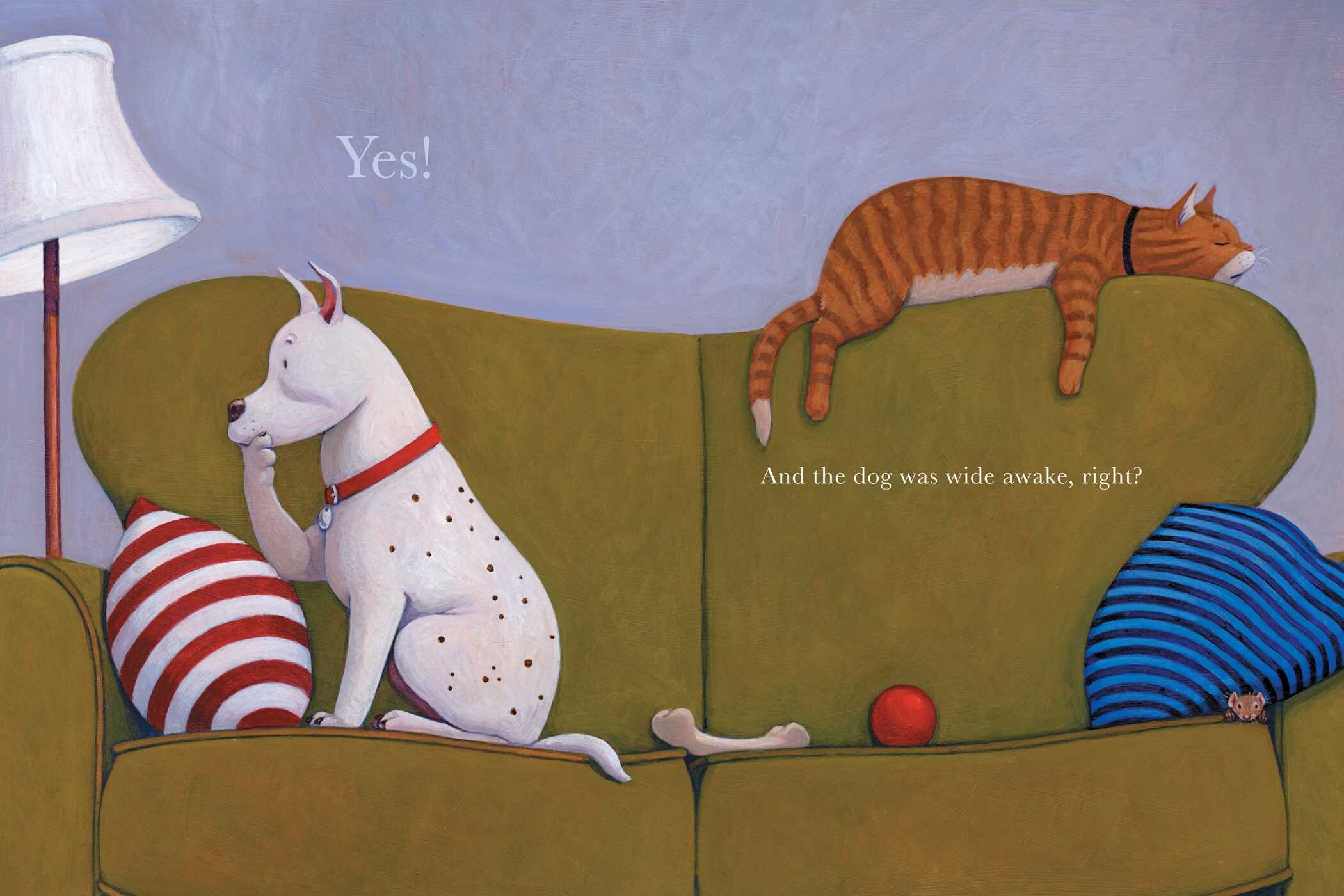 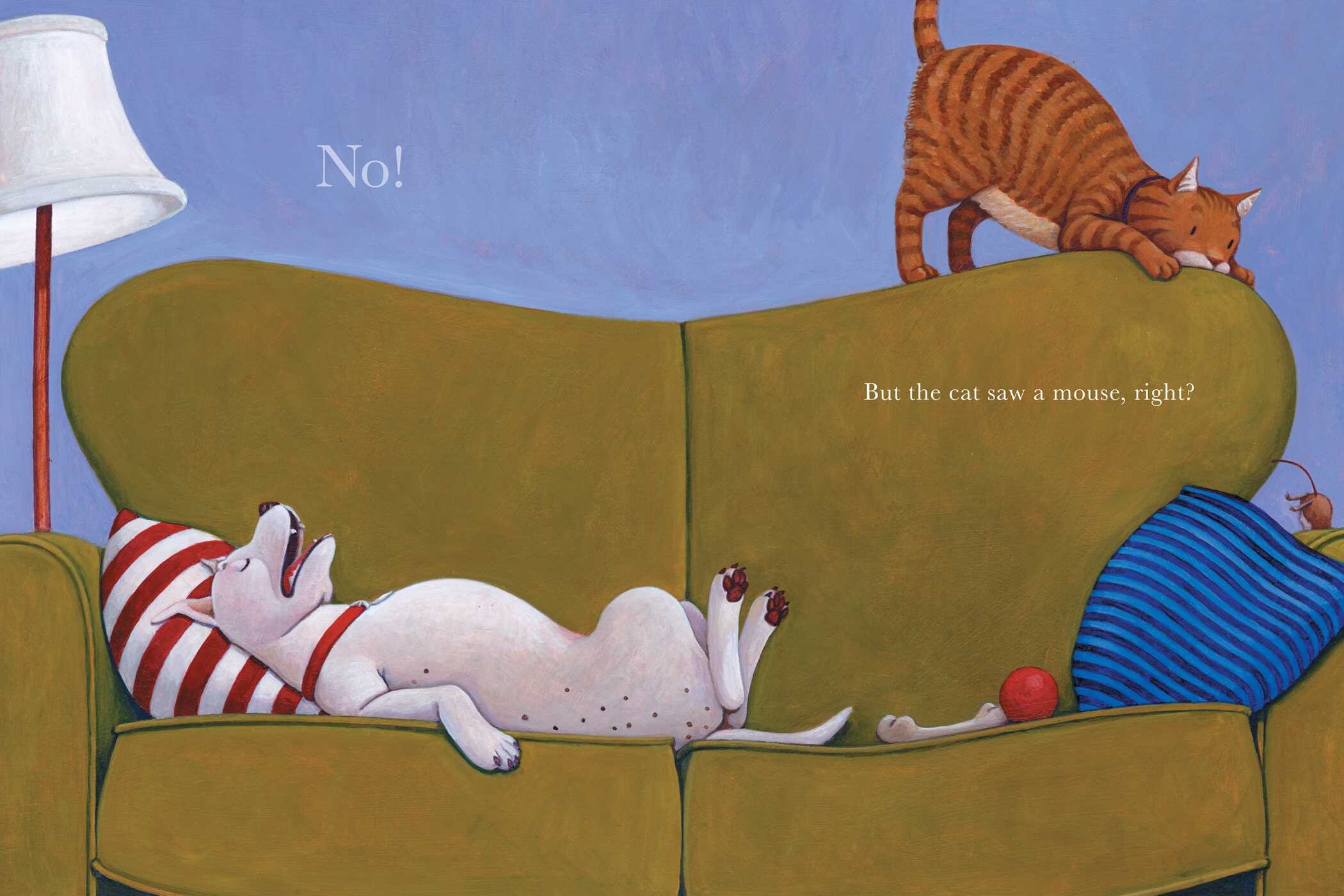 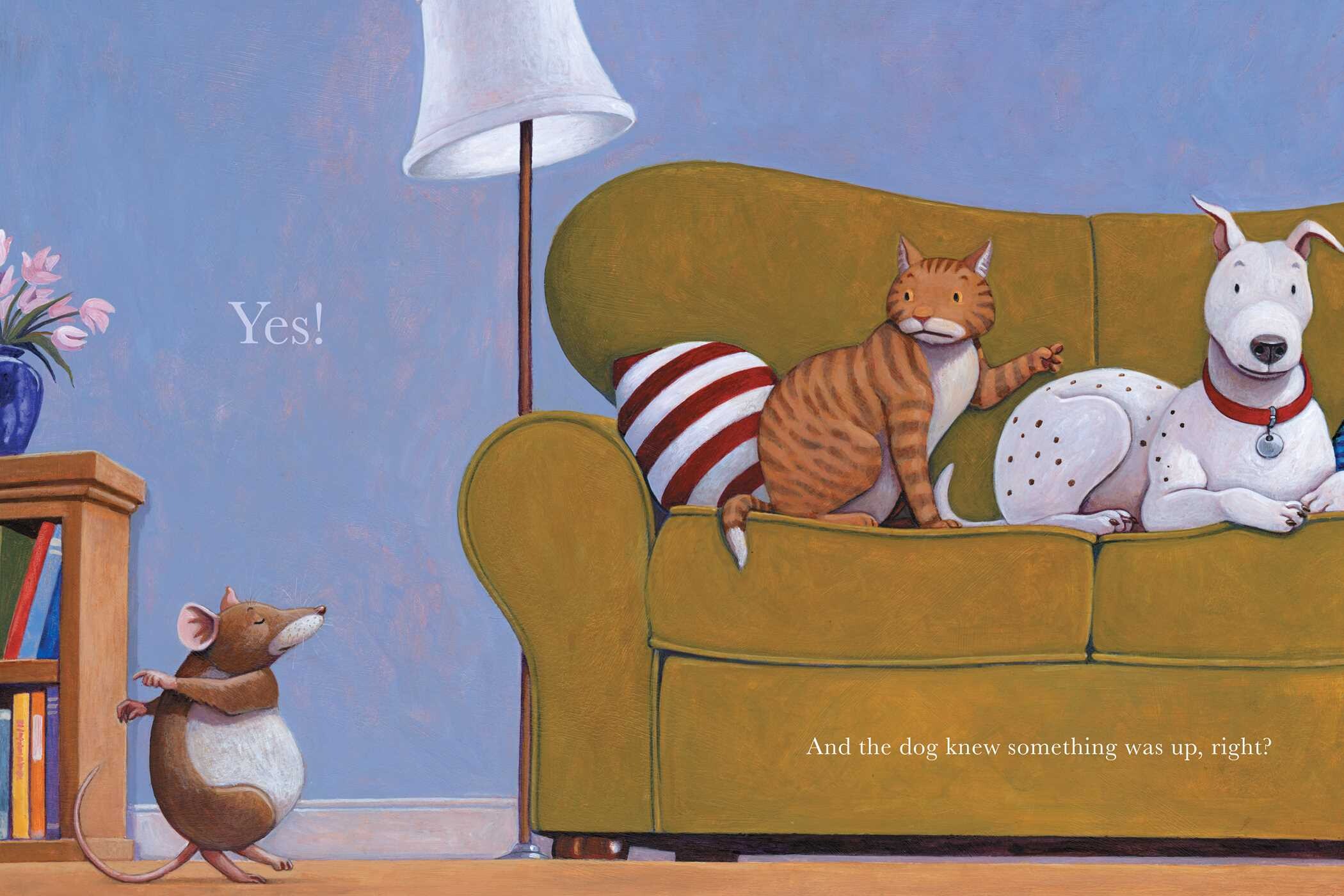 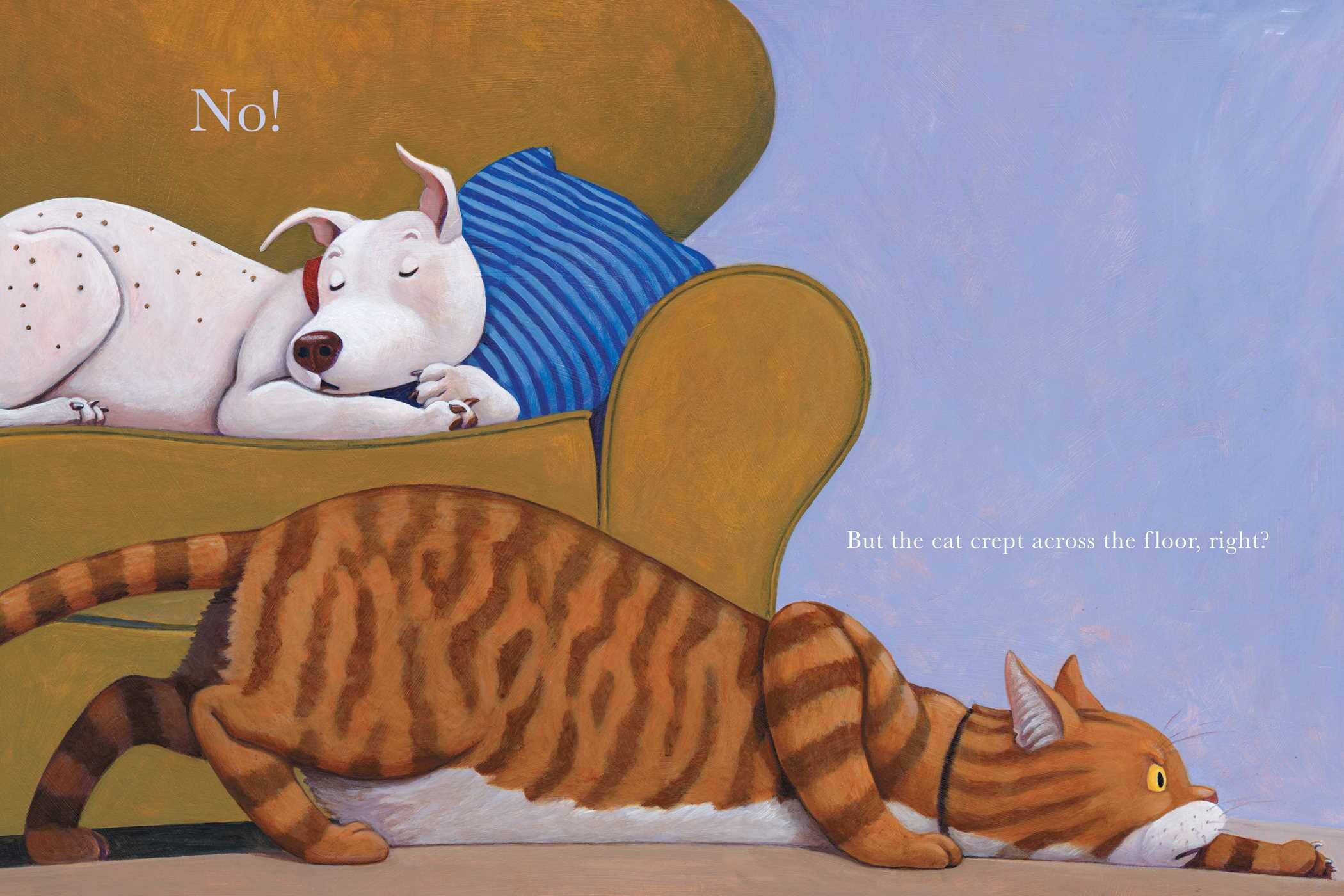 Join an unlikely trio for some irresistibly funny antics in this read-aloud gem from bestselling author Mem Fox and bestselling and award-winning illustrator Mark Teague.

In this zippy, call-and-response-style adventure, a cat and dog are astonished to find a mouse in their house! The three circle each other while the story sometimes correctly describes their antics—and sometimes doesn’t. Young readers will love participating by pointing out which parts are right and wrong. 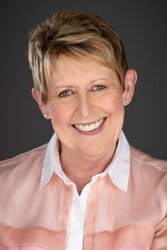 Mem Fox is an educator and international literacy expert, and her many acclaimed picture books for young children include Yoo-Hoo, Ladybug!; Hello Baby!; Baby Bedtime; I’m an Immigrant Too; the bestselling modern classics Ten Little Fingers and Ten Little Toes and Time for Bed; and, for adults, Reading Magic: Why Reading Aloud to Our Children Will Change Their Lives Forever. She lives in Adelaide, Australia. Visit her at MemFox.com.

Mark Teague is the award-winning children’s book author and illustrator of the bestselling Dear Mrs. LaRue series, as well as Fly!; The Sky Is Falling!; The Three Little Pigs and the Somewhat Bad Wolf; The Tree House That Jack Built by Bonnie Verburg; and many other humorous picture books. He also created the art for the How Do Dinosaurs… series. His illustrated novel, The Doom Machine, received excellent reviews. Mark lives in the Hudson River Valley with his family.

A cat and a dog’s lazy day on the couch is interrupted by the appearance of a bold mouse.

What actually happens is related through a series of questions to which the cat responds, correcting certain assumptions that did not occur. The possible scenarios are depicted in the fully expressive acrylic paintings integral to the imaginative (though sometimes incorrect) narrative, as one version is outlined within the questions and then the correct perspective is presented. “So there was a scary dog, right?” Here readers see an orange cat with eyes wide open partially hiding behind the couch where a large white dog is sitting wearing a spiked collar and with an angry, alert expression on its face. “No!” is the response, and the dog is revealed to be mild-mannered and plain-collared. “But there was a cat, right?” Both dog and cat look utterly astonished. “Yes” is the response. “And the dog was wide awake, right?” The dog, sitting upright, is pondering the situation while the cat snoozes. “No!” is the response. “But the cat saw a mouse, right?” This exchange continues until the story’s tangible outcome is eventually told. Fox’s intriguing call-and-response storytelling approach allows readers to surmise what might have happened against what really took place. The mouse is chased into a hole, and Fox gives kids another opportunity to continue the story. “And then the mouse came out to say hi, right?” The mouse stands before a bewildered dog and cat holding a violin and bow. “Hmmm, what do you think?” (This book was reviewed digitally.)

The clever supposition will keep kids imagining the amusing possibilities of one common story.

A game of cat, dog, and mouse proves itself a meta tale in the works in this wry and original picture book. “So there was a scary dog, right?” begins Fox (Early One Morning); the text appears on the recto as an orange tabby peers over a sofa, where a beefy white dog sits snarling in a studded collar. A page turn later, a more decisive voice emerges on the verso—“No!”—resulting in a change of direction: now, a gentler, surprised-looking hound benignly eyes its back foot. As the animals engage in a classic pet-versus-mouse encounter, an assurance-seeking storytelling phrase on one page (“And the dog leapt off the couch, right?”) is followed by an affirming or refuting rejoinder on the next (“No!”)—and an attendant visual turnabout (the hound leaping is now shown snoozing on its back). Teague (Felipe and Claudette) contributes substantial, painterly acrylics that vary acrobatically from scene to scene until the two voices take a collaborative turn. With variations that unfurl in the style of David Ives’s Sure Thing, it’s a giddy, cleverly imagined rhetorical dance that promises to leave audiences’ heads spinning. Ages 4–8. (Sept.)

Our story starts out simply enough with a big, scary dog . . . or maybe it’s a sweet, sleepy dog? Regardless, there’s also a cat . . . and maybe a mouse? Yes, a mouse, and the cat and dog are going to chase it! . . . Or is it just the cat? This short and silly picture book is a winkingly clever introduction to an unreliable narrator for youngsters. Casual, colloquial text walks readers through this ever-changing scene, giving kids a chance to predict what might happen next. The lazy, spotty dog and striped, cunning cat are clearly excellent companions, cautiously watching the large-bellied mouse as it appears, then disappears, then maybe reappears from its hole. Teague’s unmistakable acrylic art is in its element, eliciting giggles with the first page turn as the big, scary dog transforms into the sweetly confused pup we’ll soon get to know. A perfect pick for wrangling little ones to start up storytime, this quick read is bound to be requested for marathon repeating sessions.  KP