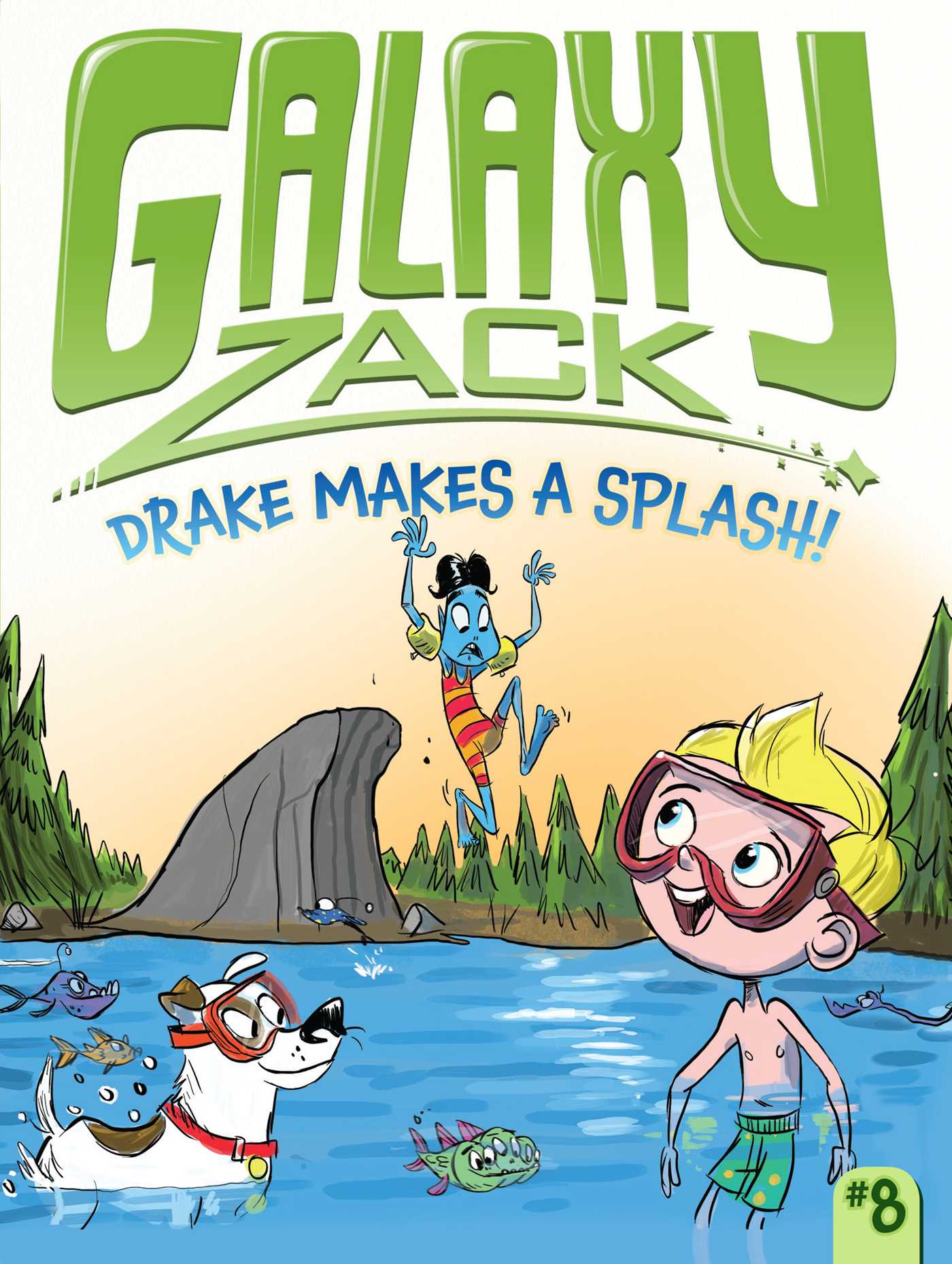 Zack tries to help Drake learn to swim in this chapter book adventure—but is he in over his head?

Zack is surprised when he discovers that his best friend Drake doesn’t know how to swim! With a little patience and some help, Zack has Drake splashing around in the water in no time. But swimming is another matter. Will Drake overcome his fear and learn how to swim in time for another galactic adventure?

Drake Makes a Splash Chapter 1 Heat Wave
Nebulon’s two suns shone down brightly. Summer had come to the planet, and the temperature was close to 110 degrees.

And today was the coolest day in more than a week.

Zack Nelson walked down the main street of Creston City with his friend Drake Taylor. Figuring out how to stay cool was getting harder and harder.

“We could go back to the indoor snow-slide and ride the slippo-discs down the mondo-hill again,” Drake suggested.

“Nah, we did that yesterday,” Zack pointed out. “What about going swimming in the Nebu-Dome?”

The Nebu-Dome was a recreation center. It had a running track, ball courts, and a big pool.

“I do not think so,” replied Drake.

“Well, we have to do something,” said Zack. “I can’t take much more of this heat. Even the stripe-o-dils are wilting!”

Zack pointed to a patch of flowers. Each flower was shaped like a rose, but was covered in black and white stripes like a zebra. The stripe-o-dils usually loved the heat, but now they were bent over, leaning toward the ground. They looked as if they were searching for a cool drink of water.

Then Zack spied something up ahead that made his eyes open wide.

“Look!” he said, pointing to a sign in front of the Creston Vivi-Theater. “There’s a new vivi-vid playing. We’re saved!”

Vivi-vids were special movies made on Nebulon. Zack had seen 3-D movies back on Earth, but vivi-vids took the 3-D experience to a whole new level. They made those watching them feel like they were part of the movie.

“Perfect!” cried Zack. “Putting ourselves into a white-water adventure on a river should cool us right off!”

Zack hurried toward the theater entrance. A few seconds later he realized that Drake was trailing behind him. Zack waited for Drake to catch up.

I wonder what’s up with Drake, Zack thought. Then the two friends walked into the vivi-theater.