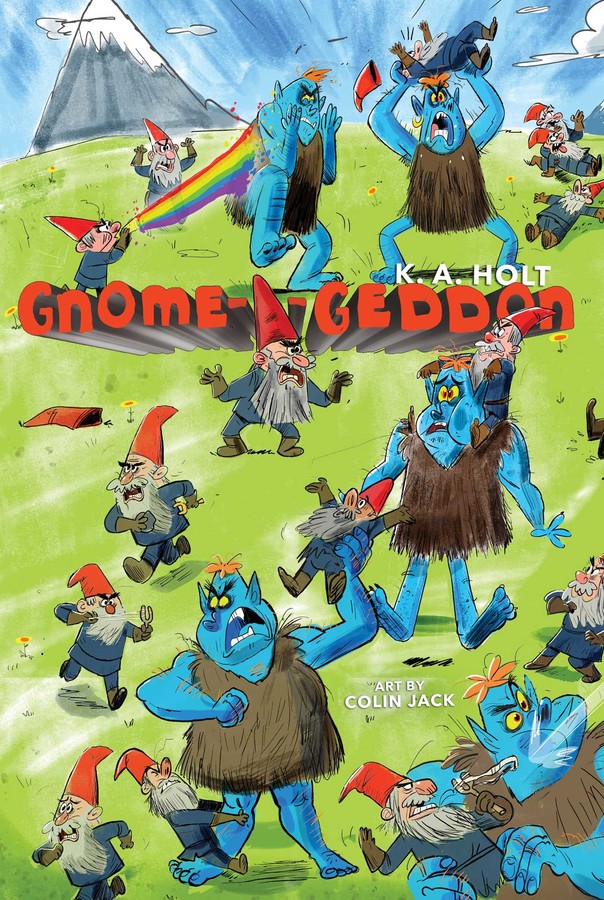 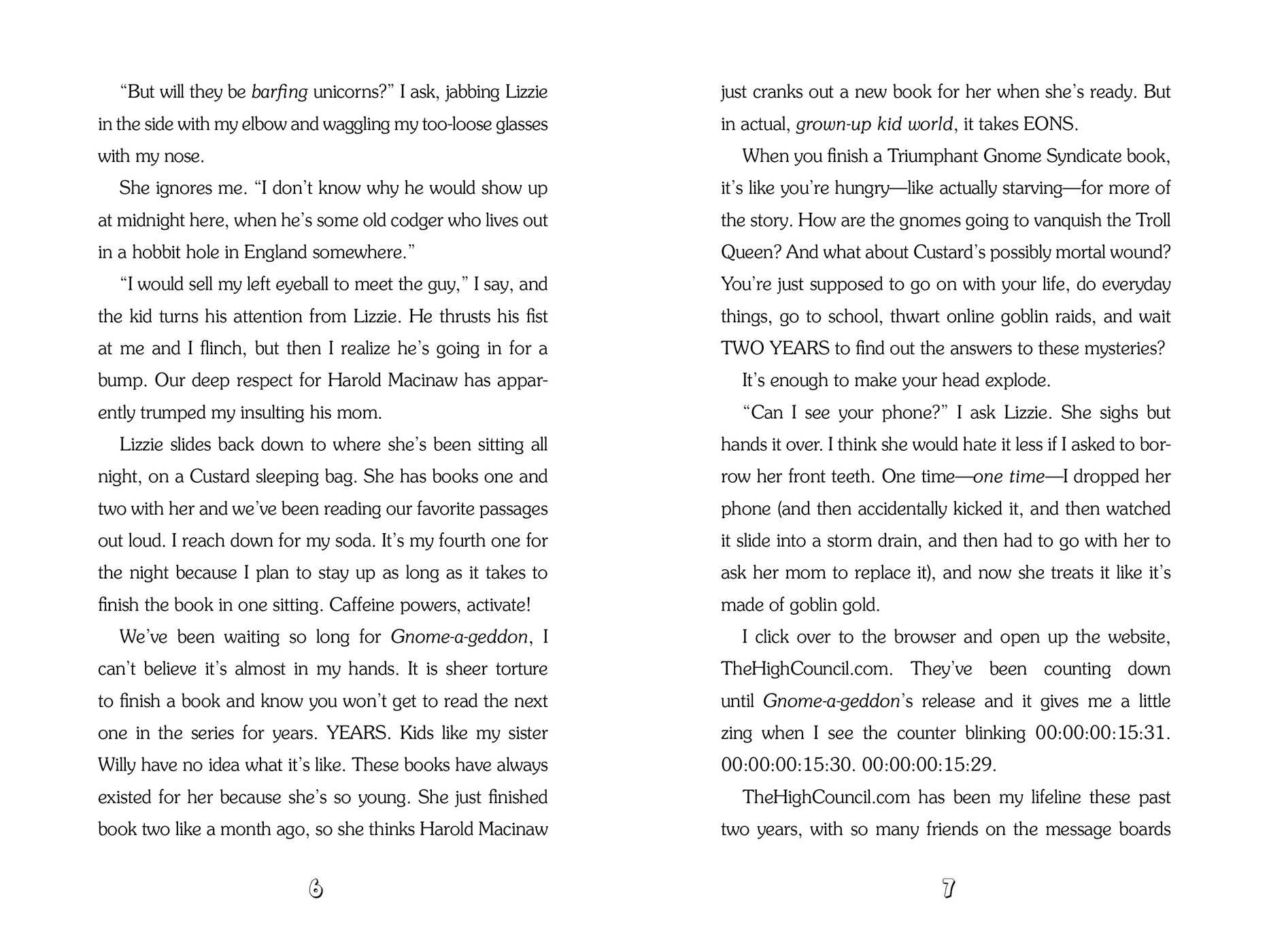 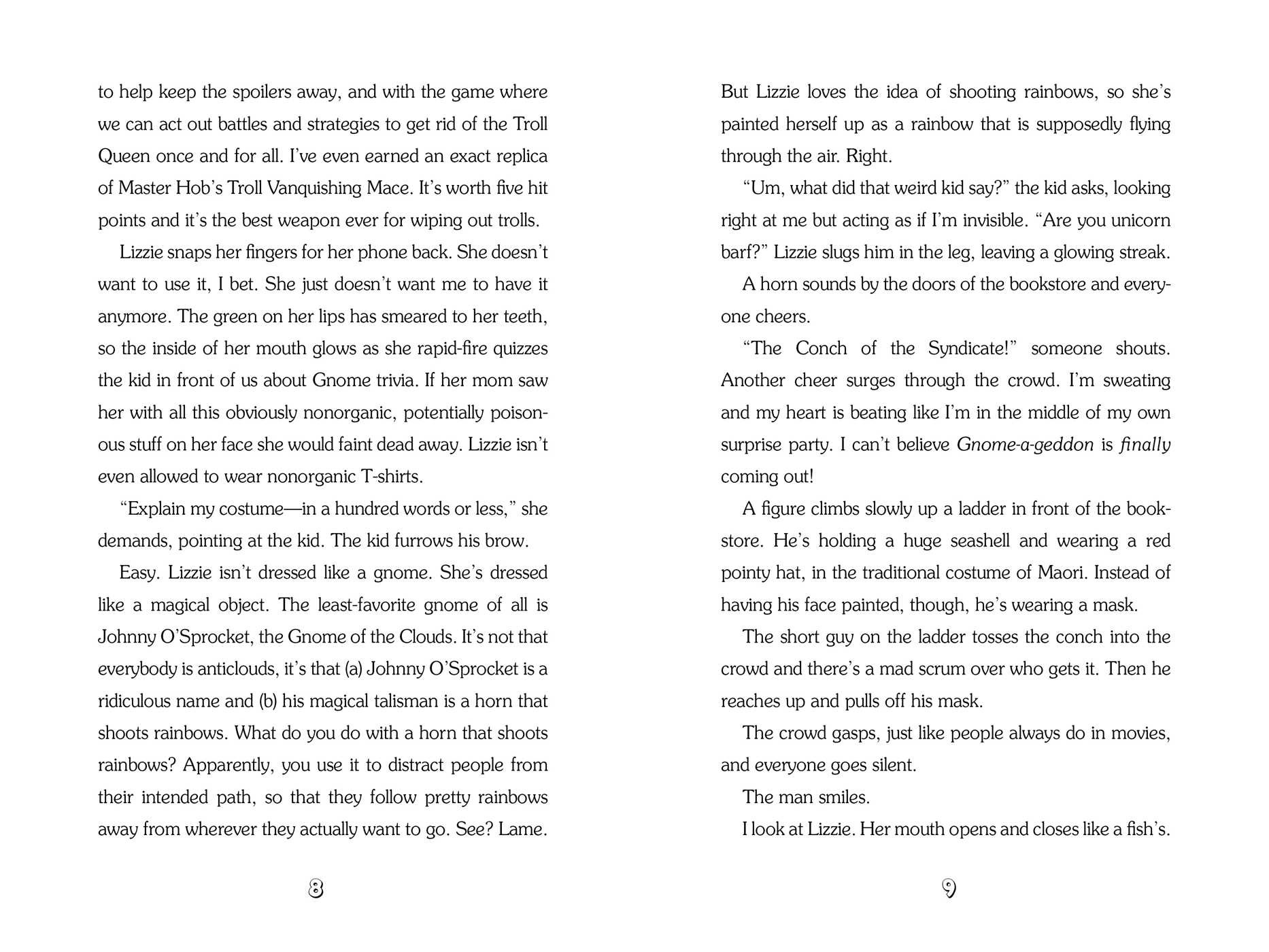 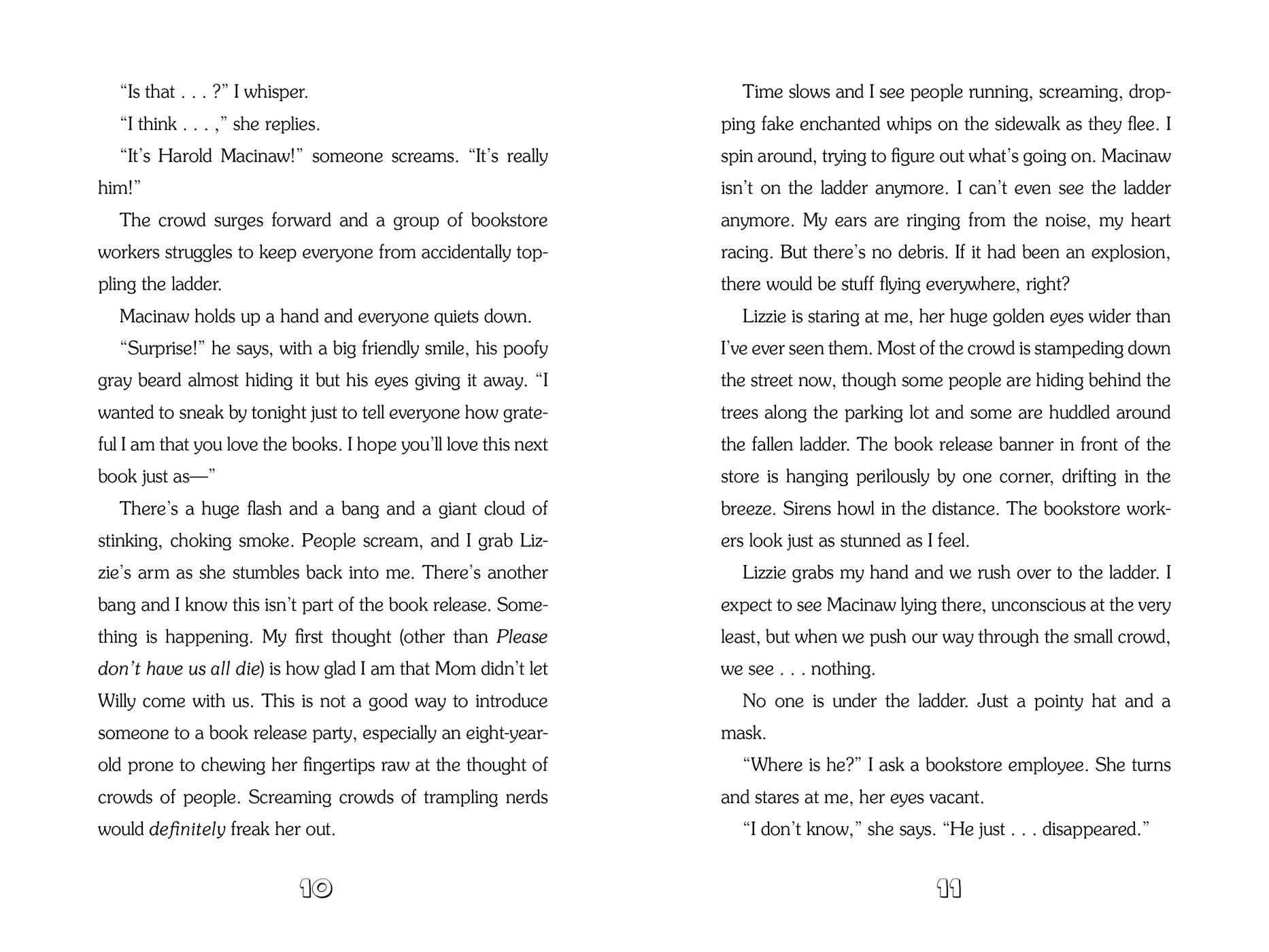 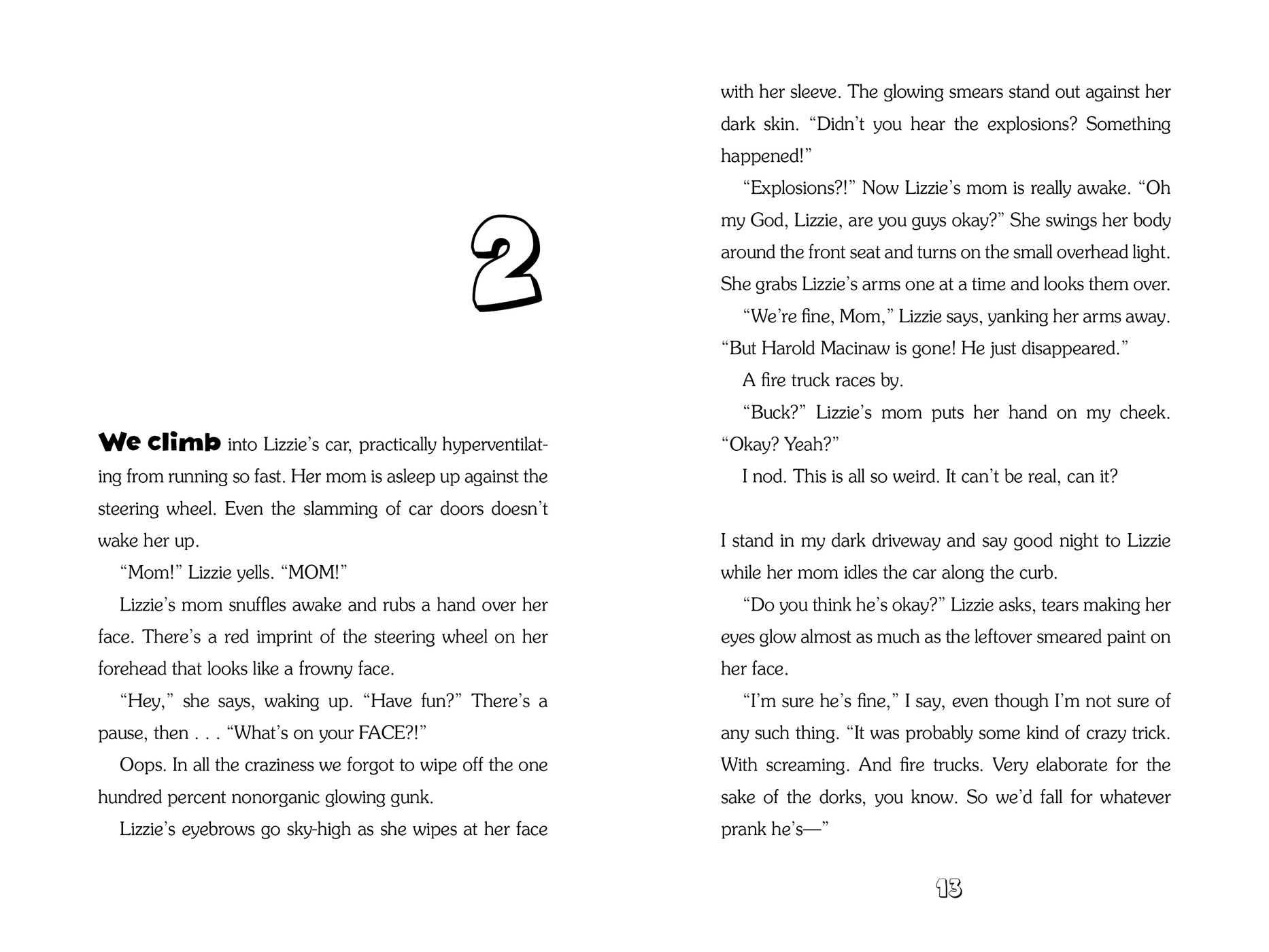 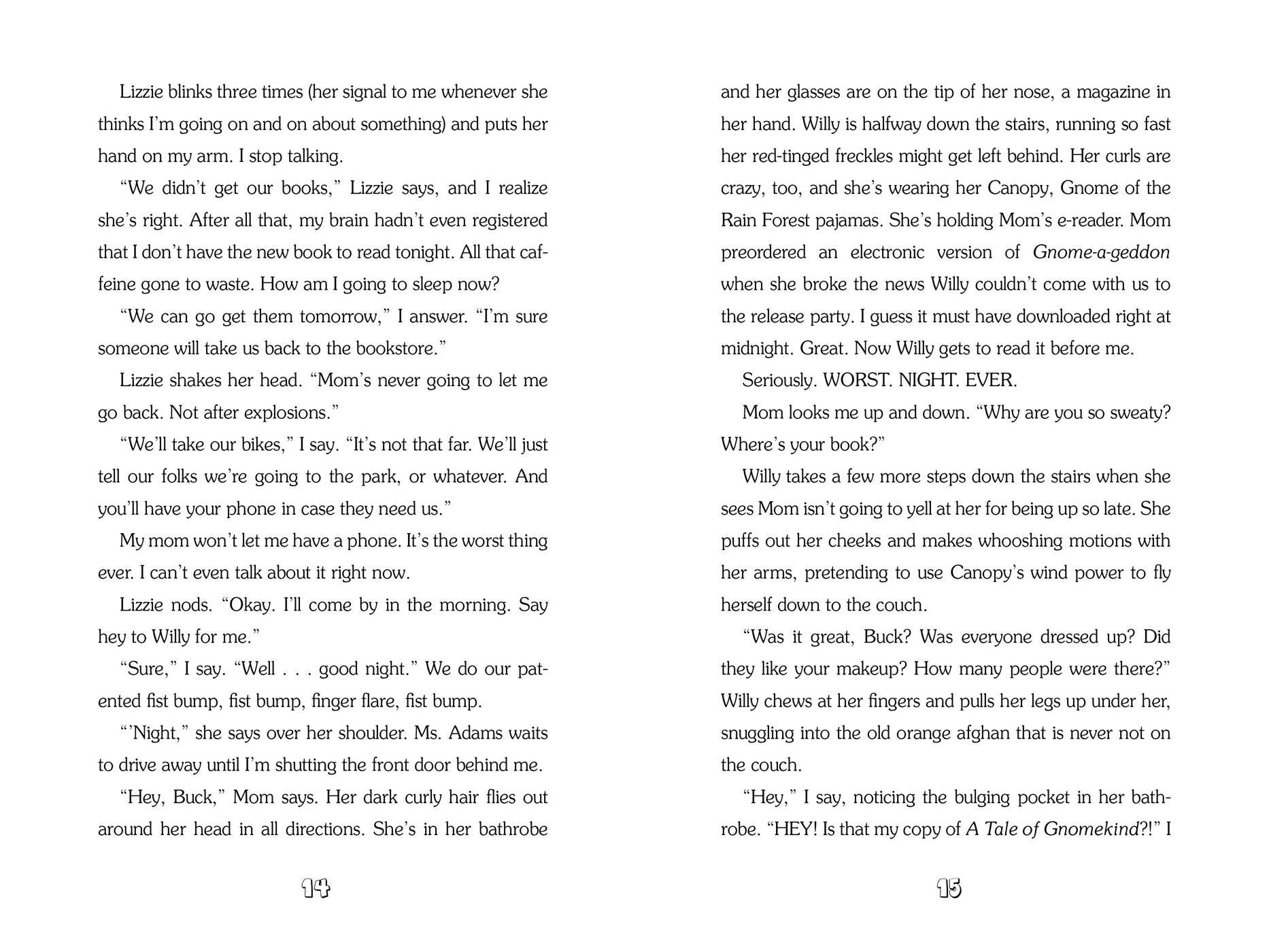 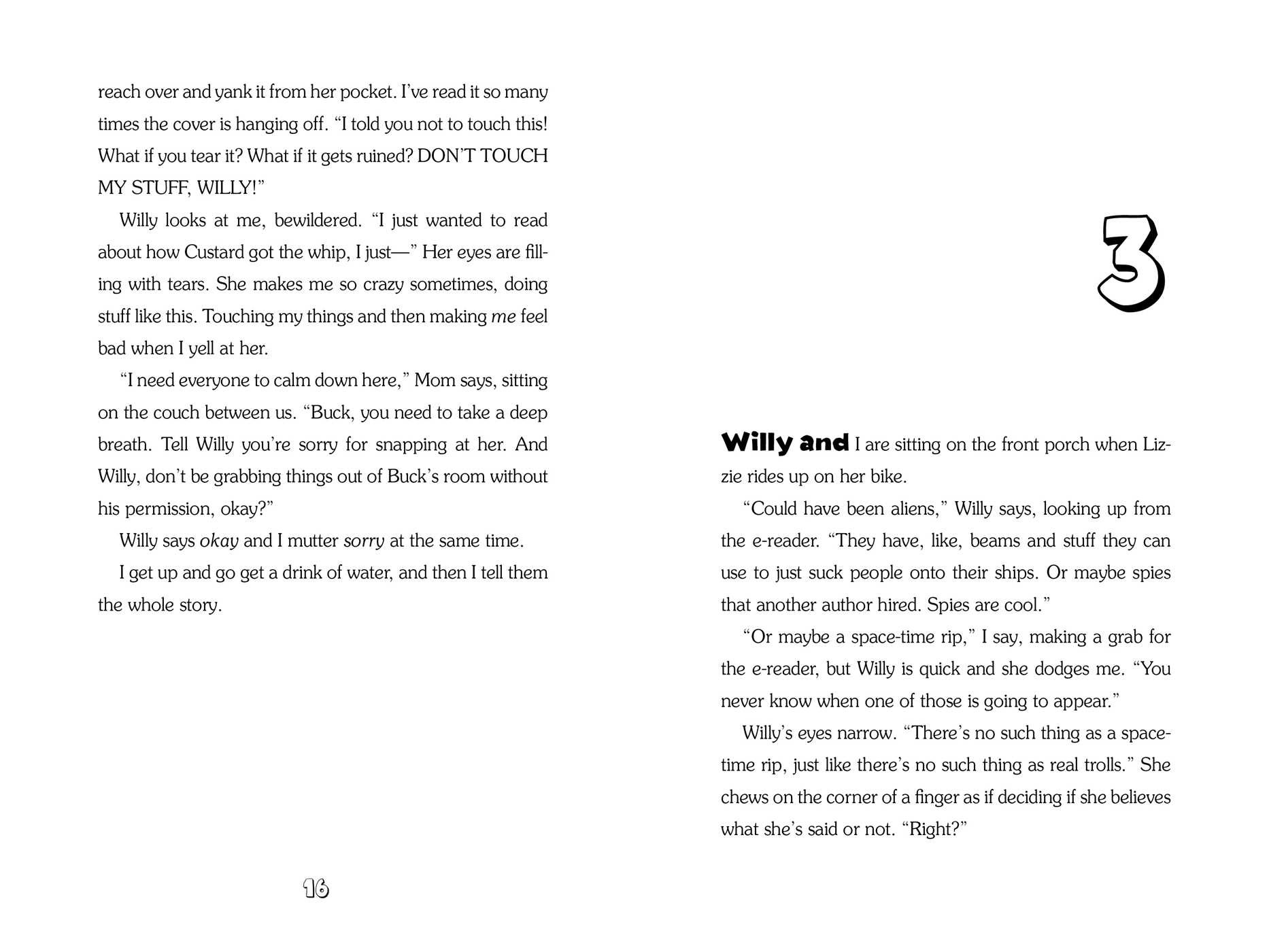 Buck discovers that his favorite book series might be less fictional than he thought in this “silly, clever, [and] fun” (BCCB) middle grade adventure.

Buck is a super fan of the book series, The Triumphant Gnome Syndicate. He knows all the trivia. The properties of the Troll Vanquishing Mace, and even what kind of snack Custard, the Gnome of the West, prefers. But when the book’s author disappears in a cloud of smoke, and Buck’s little sister disappears into a bottomless dumpster, Buck realizes that the world of gnomes and trolls might really exist. What the heck?

As it turns out, the real Custard needs Buck’s help to find the Troll Vanquishing Mace. And Buck needs to find his sister. So Buck and his best friend Lizzie set off on an adventure that would make any fan’s head spin. But it seems the books did not tell the whole truth about this not-so-make-believe world. Buck soon discovers that real life doesn’t work like a story, and the heroes and villains might not be who they seem. Holy trolls! What’s a super fan to do?

Buck is about to fulfill the ultimate fantasy: going on adventures with his favorite characters, and getting the chance to save the world. Assuming he can figure out whose side he’s really on.


Lizzie is glowing. And when I say that, I don’t mean her cheeks are rosy and her skin is dewy and all that junk, I mean she’s actually glowing. Her lips are splattered with the guts of a green glow bracelet, and there are glowing streaks of purple and pink and green on her teeth, on her cheeks, in her hair, and inside her ears. It looks like a unicorn threw up on her face. Which is exactly what I tell her.

“Even with unicorn barf on me, I look better than you do. What were you thinking, Buck?” She pokes my cheek with her finger and makes her badger face. It’s the one where she scrunches up her nose so that her front two teeth stick out in obvious disgust. I swat away her finger. She’s totally ruining my makeup. 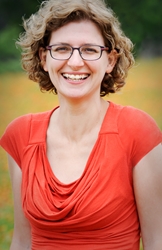 Kari Anne Holt is the author of Gnome-a-geddon, which received a starred review from Booklist, and Red Moon Rising, which Booklist said “will lasso readers and have them hoping for a sequel.” She has also written several middle grade novels in verse including Rhyme Schemer and Brains for Lunch, which received a starred review in Publishers Weekly and was highlighted on the Texas Library Association’s Annotated Lone Star Reading List, and Mike Stellar: Nerves of Steel, a nominee for the Connecticut Library Association Nutmeg Book Award and the Maud Hart Lovelace Award. Kari has recently contributed to the anthology, Dear Teen Me: Authors Write Letters To Their Teen Selves. Learn more about her at KAHolt.com.

"Buck survives to show emotional resilience, as well as an ability to learn from his mistakes, and Holt leaves him, along with readers, eager for a sequel."

"Fans of Angie Sage’s “Magyk,” J.R.R. Tolkien’s “The Lord of the Rings,” and C.S. Lewis’s “The Chronicles of Narnia” should enjoy this and what are sure to be subsequent titles involving the plethora of characters introduced here."

"This is silly, clever fun for fantasy buffs, and a sequel could be even better."

More books from this author: K. A. Holt