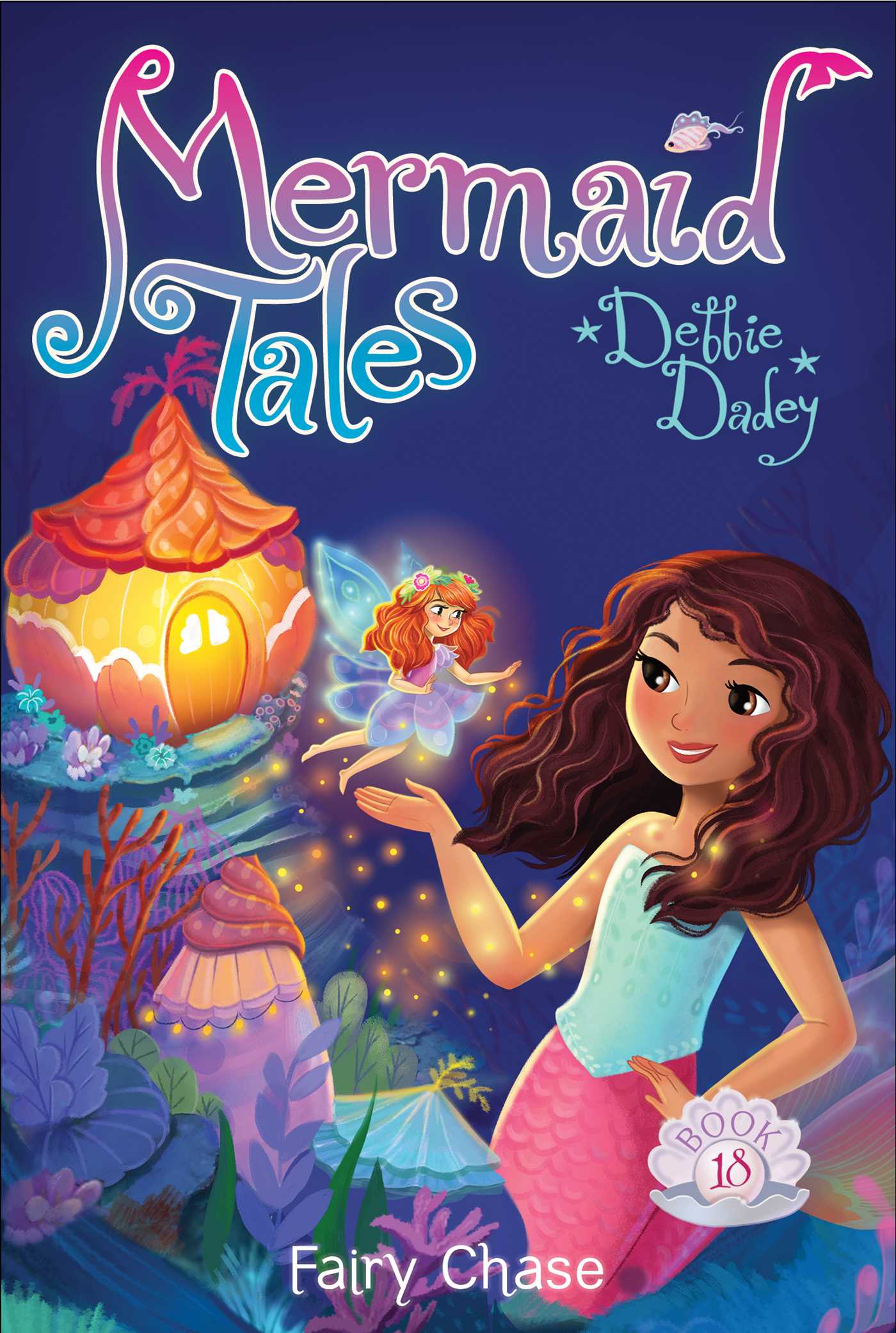 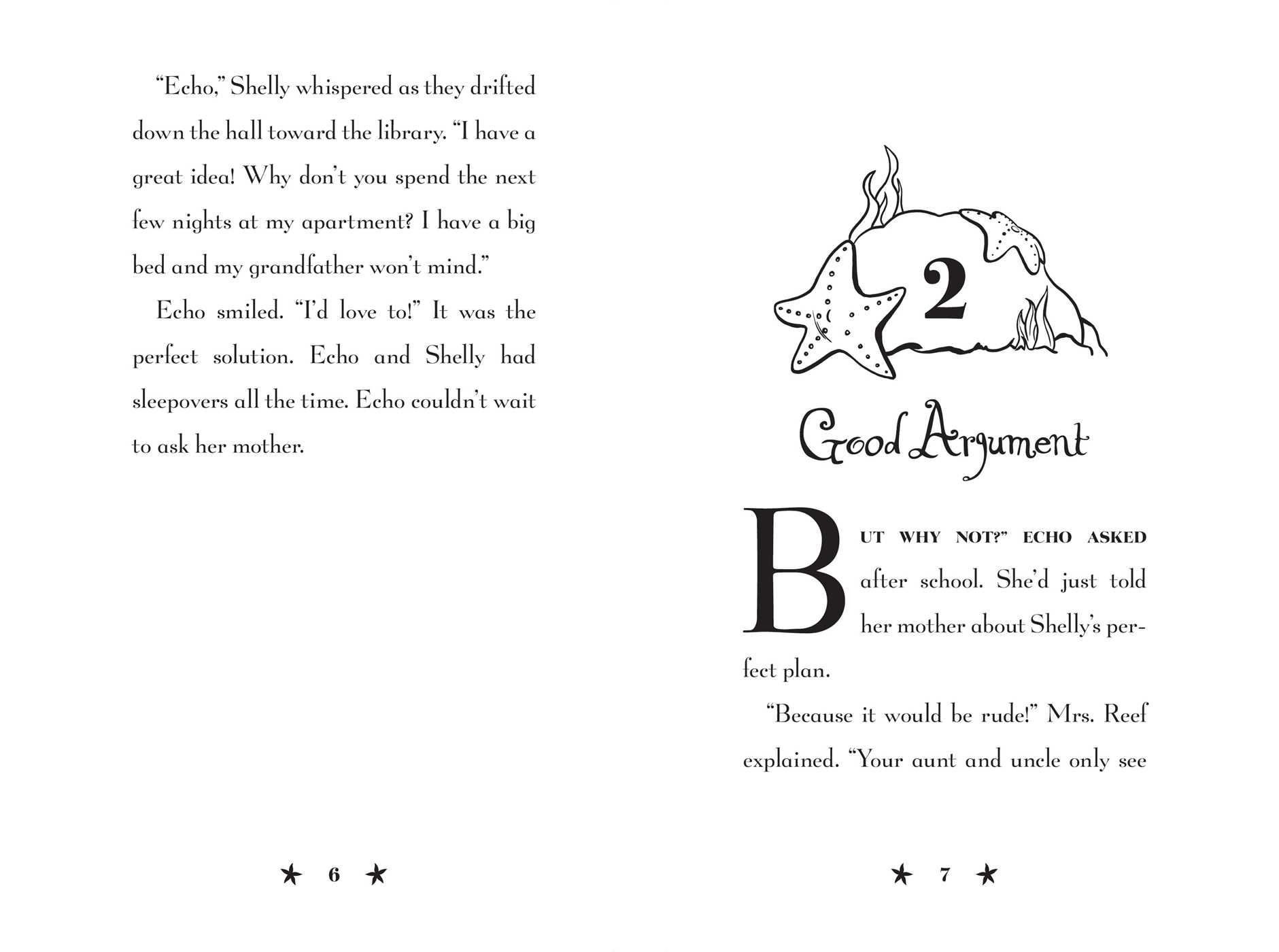 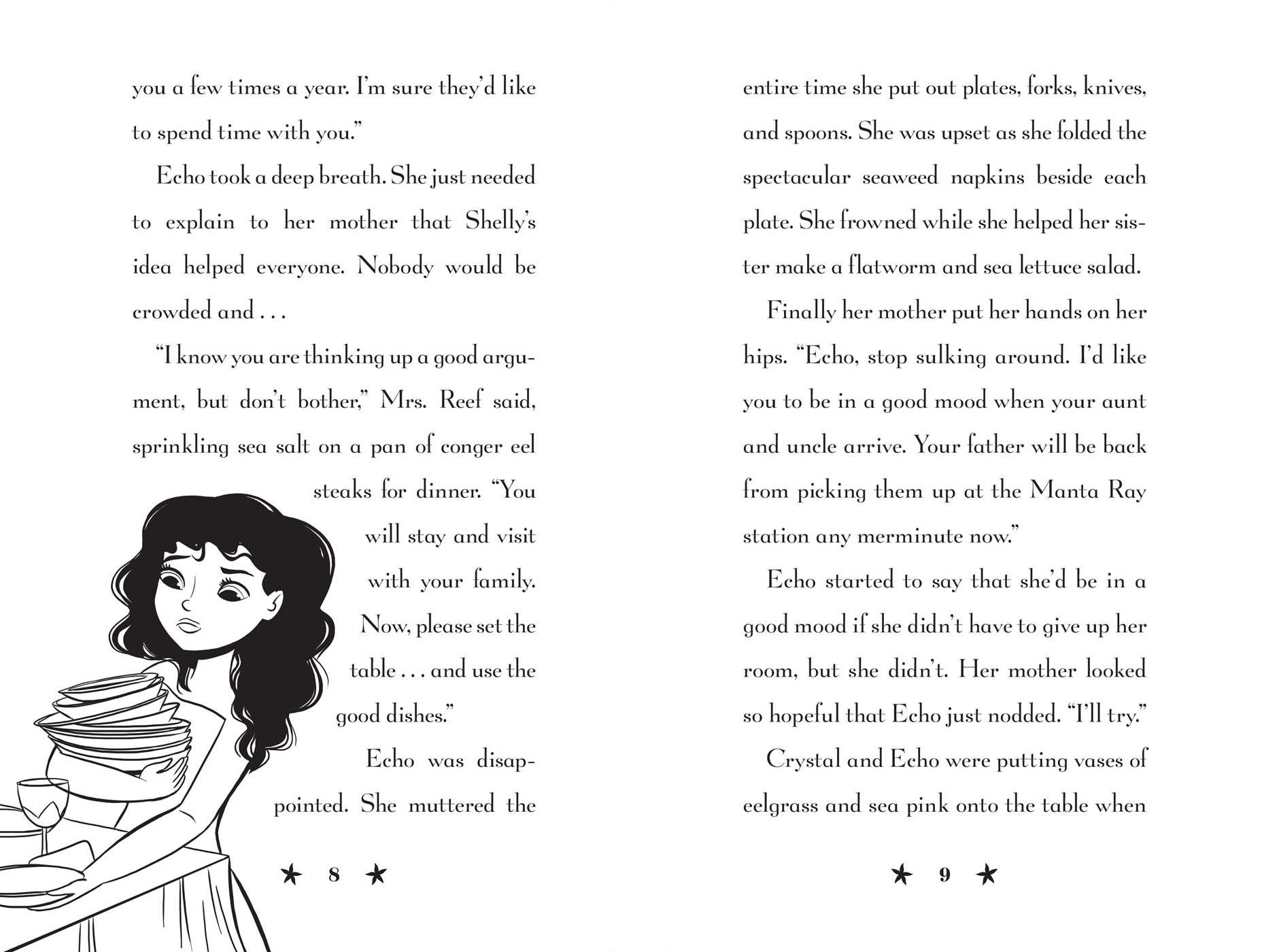 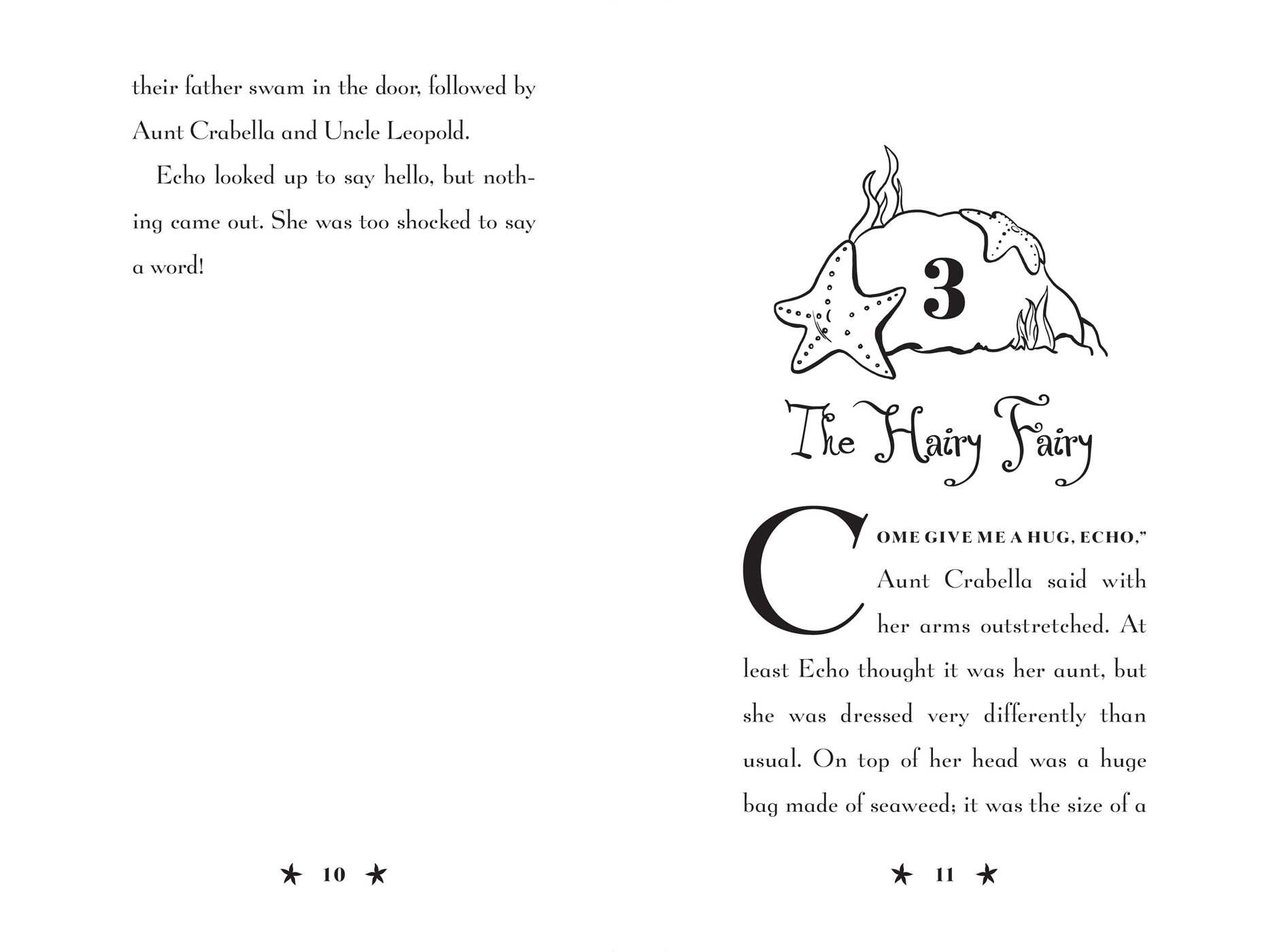 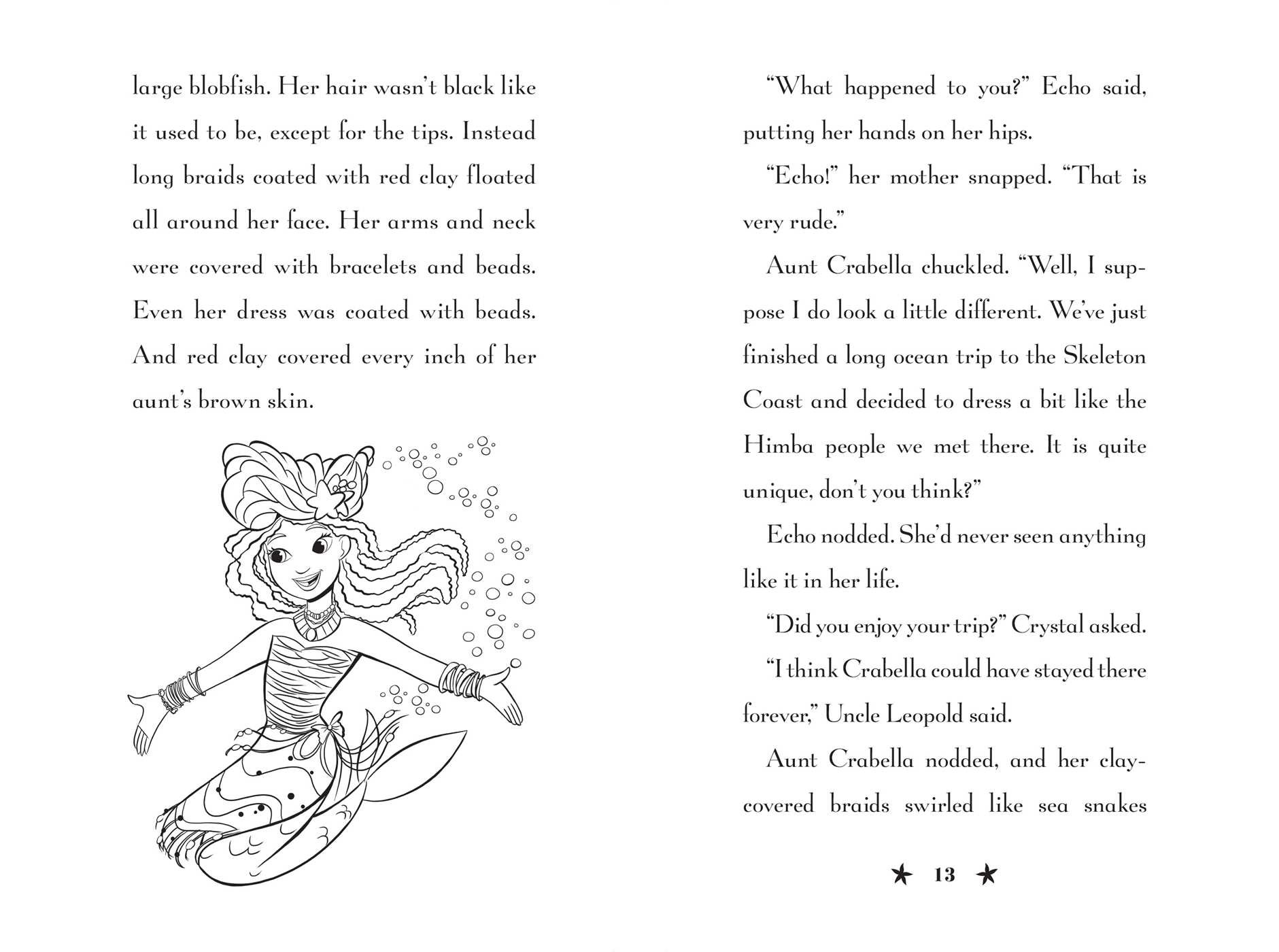 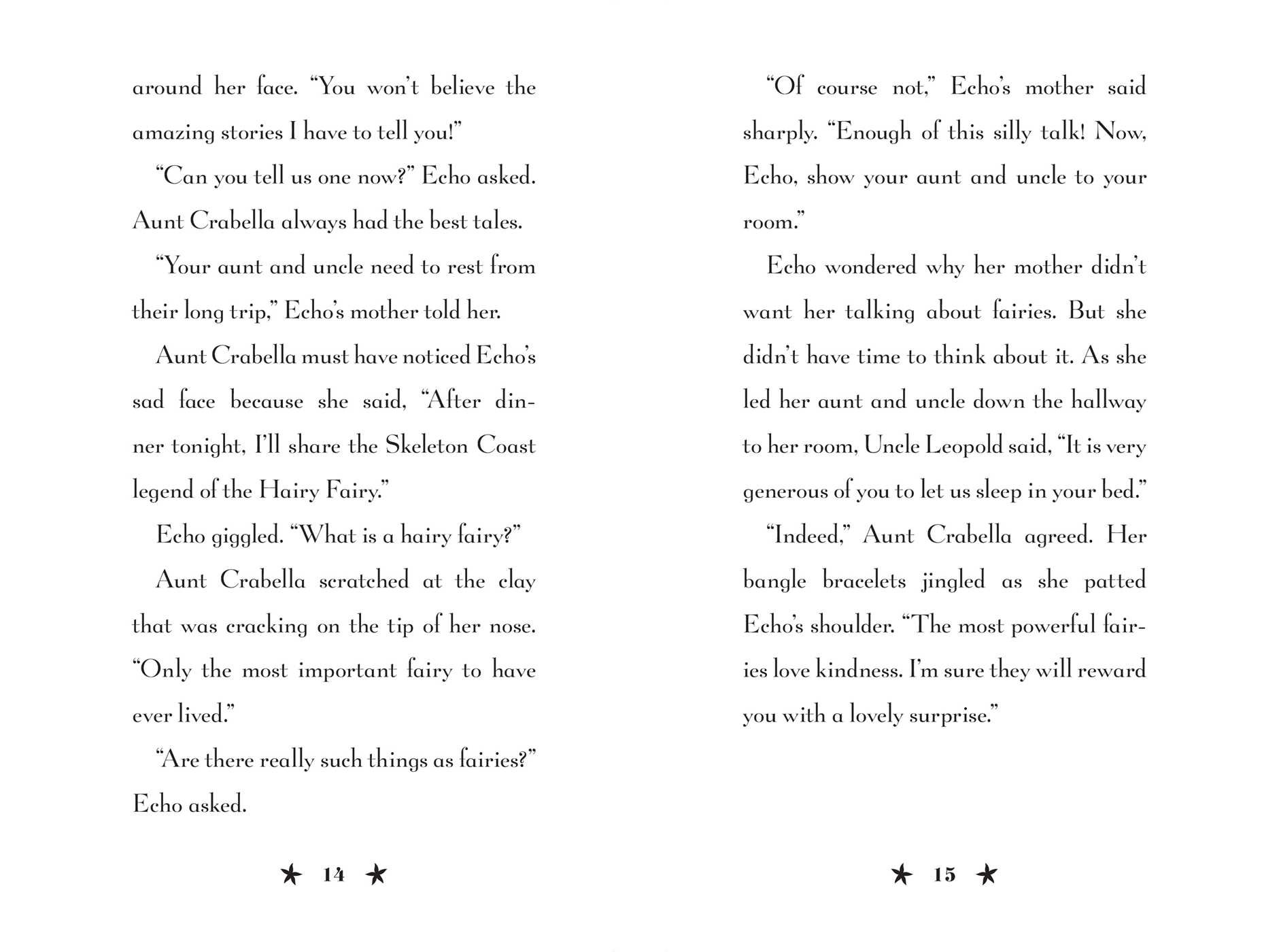 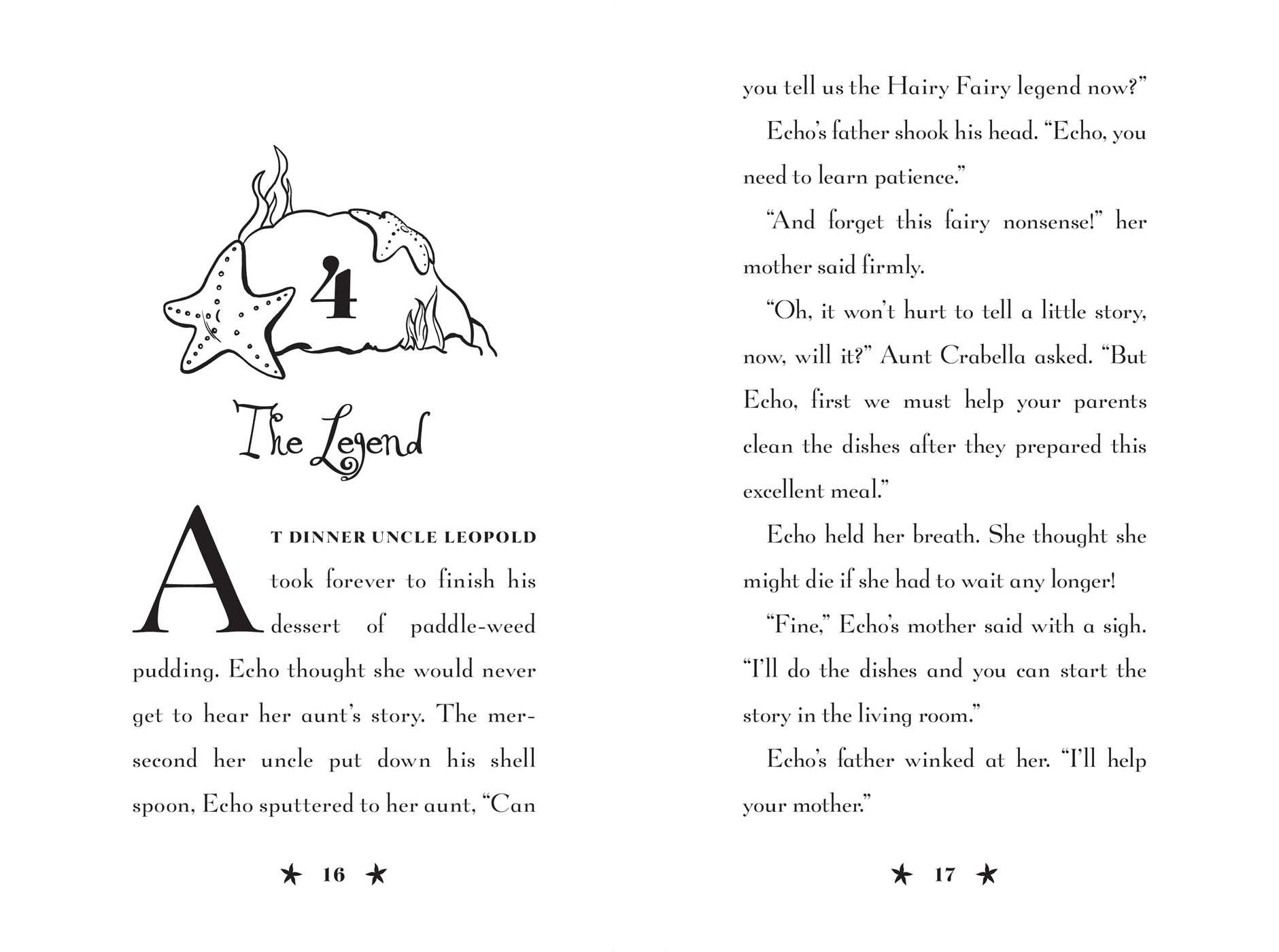 With the help of her fintastic friends, Echo investigates whether or not fairies really DO exist in this sparkling Mermaid Tales adventure.

Echo is excited when her Aunt Crabella and Uncle Leopold visit, especially since Aunt Crabella always has amazing stories about all of her many ocean travels. But when Aunt Crabella tells Echo about the Hairy Fairy—a fairy that visits mermaids while they sleep and purposely tangles their hair—Echo is all set to catch the fairy in the act.

Shelly and Kiki tell Echo that fairies aren’t real, but Aunt Crabella says she believes they are. And what’s the harm in believing? When Echo can’t seem to catch the Hairy Fairy, she becomes determined to figure out if fairies really do exist! She teams up with Shelly and Kiki and makes “Fairy Juice” (via a recipe from Rocky Ridge) in order to go on a fairy hunt on Trident City’s majestic Sperm Whale Mountain.

But what will they find on their fairy hunt? Will all of Echo’s magical fairy dreams come true?

A Perfect Solution
WHY ME?” ECHO SAID TO her mother one morning before school. “Why can’t Crystal give up her room?”

Mrs. Reef shook her head. “Because your bed is bigger than hers. And it’s only for a few days.”

Echo wanted to cry and slap her pink tail on the floor, but she knew it wouldn’t do any good. Aunt Crabella and Uncle Leopold were coming to visit, and they would sleep in Echo’s room. That meant that she’d have to squeeze into her sister’s tiny bed. And Crystal snored!

Echo was still unhappy about it on the swim to school. “My mom’s sister and her husband are coming to visit this afternoon,” she told her best friend, Shelly Siren, as they glided past MerPark. “They’ve been on vacation and are stopping here on their way home.”

“It would be if they weren’t sleeping in my room.” Echo scowled. “I have to share Crystal’s bed for the next couple of nights, and she barely gives me any space.”

“Maybe you could sleep on the sponge couch in your living room?” Shelly suggested. They floated into the front entrance hall of their school, Trident Academy. Over their heads, the huge shell’s ceiling was filled with colorful old carvings of merfolk history.

“That won’t work,” Echo said. “My parents will be in the living room talking with my aunt and uncle until late each night.”

Just then a merboy zoomed past them. “Watch out!” Shelly shouted at Rocky Ridge as he bumped into Echo on his way into the school.

“Sorry!” Rocky called. Shelly and Echo shook their heads and followed Rocky into their classroom. All the other third graders were already seated. Mrs. Karp hung a kelp poster about seabirds just as the conch sounded to start the school day.

“Good morning, class,” Mrs. Karp said. “Today we’ll start a new unit of study about birds called albatrosses and petrels. Have any of you seen one?”

Echo wasn’t sure if she’d ever glimpsed a bird before, let alone one of the ones her teacher mentioned. But her friend Kiki Coral raised her hand. “I saw a diving petrel once,” Kiki said. “It caught a fish. Then it used its wings to swim.”

“Birds can’t do that,” Rocky said with a shake of his head.

“Oh, but some can,” Mrs. Karp told the class. “In fact, let’s use our trip to the library this morning to find examples of other birds that can swim.”

Echo sighed as the class lined up. She was still upset about having to give up her room.

“Echo,” Shelly whispered as they drifted down the hall toward the library. “I have a great idea! Why don’t you spend the next few nights at my apartment? I have a big bed and my grandfather won’t mind.”

Echo smiled. “I’d love to!” It was the perfect solution. Echo and Shelly had sleepovers all the time. Echo couldn’t wait to ask her mother.