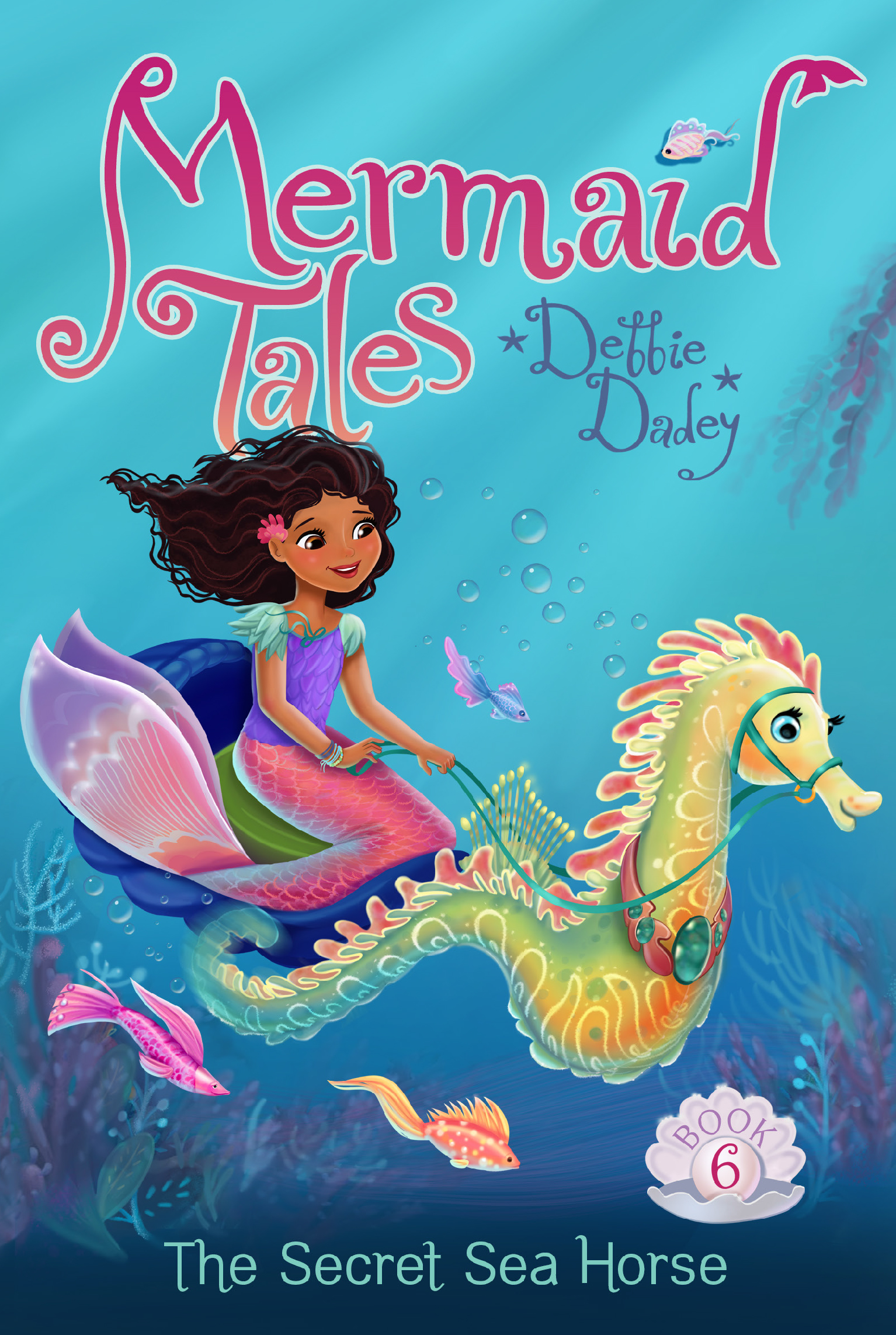 Echo Reef loves sea horses so much, she wants one for a pet…no matter what!

Of all the creatures in the ocean, sea horses are Echo Reef’s favorite. They’re sweet and gentle and they glide through the water so gracefully. When Echo discovers that Rocky Ridge, one of her Trident Academy classmates, has his own pet sea horse, she wants one right away. Not everyone agrees sea horses should be pets, however—perhaps they are happiest when swimming freely. But Echo thinks that if Rocky can make a sea horse happy, she can too! Can’t she?

The Worst Thing
ECHO REEF HELD HER BREATH. She crossed her fingers and her pink tail fins. She was hoping that Mrs. Karp wouldn’t say the worst thing ever. But she did.

“Class,” Mrs. Karp said, looking around the room of twenty third graders, “we will have a spelling test on Wednesday.”

Echo’s heart sank. But a merboy named Rocky Ridge cheered, “Yippee!” Everyone looked at Rocky in surprise. Usually he hated any kind of schoolwork.

Rocky smiled and then he laughed. “Just kidding.”

Mrs. Karp raised her green eyebrows at Rocky, but continued. “Since we only have two days before your test, I’ll give you a short list of ten words.”

Ten words! Echo thought it might as well have been a million. Echo was a good merstudent in most of the subjects at Trident Academy. She liked merology, storytelling, science, and astronomy. But spelling was difficult for her.

Mrs. Karp pointed to a list of words on a seaweed chart. “These ocean creatures are extremely interesting. It will be quite useful to know how to spell their names.” Echo looked at the list as Mrs. Karp called on various students to read the words aloud.

Then Pearl Swamp read, “Sea horse.” Echo loved sea horses. She couldn’t help daydreaming about them. They were so cute and graceful. Sometimes she visited the Conservatory for the Preservation of Sea Horses and Swordfish, where her mother worked. Housed in the fabulous Trident Plaza Hotel, the conservatory had the largest display of sea horses known to merfolk. It was also a hospital for sick or hurt sea horses. Echo liked sea horses even more than she liked humans—and she adored everything about humans.

Echo gulped. She’d been so busy thinking about sea horses, she wasn’t sure which word were they on. She guessed and read, “Stonefish.”

Mrs. Karp tapped her white tail on her marble desk and shook her head. “Echo, you need to pay closer attention. Pearl, please read the next word.”

Pearl looked at Echo and stuck her nose up in the water before reading, “Trumpet fish.”

Echo sighed. How was she ever going to learn ten new spelling words before Wednesday? She wished she could ride away on a sea horse and never take another spelling test ever again.