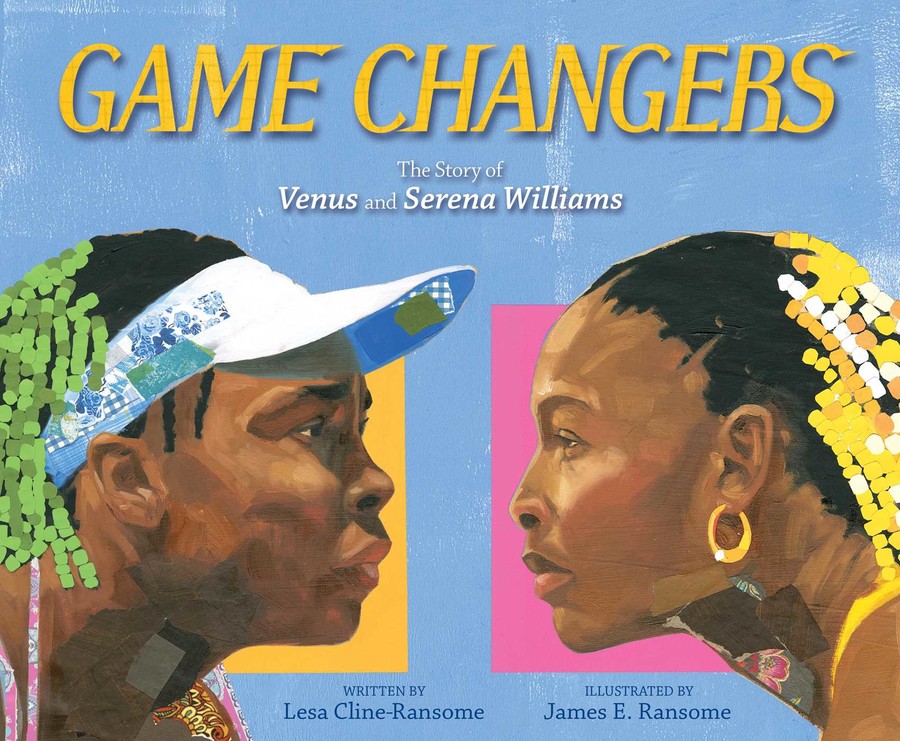 The Story of Venus and Serena Williams

By Lesa Cline-Ransome
Illustrated by James E. Ransome
PRICE MAY VARY BY RETAILER

An ALA Notable Book

“Every page is splashed with vibrant color and eye-catching patterns, and the figures of the women themselves are full of energy, speed, and tension.” —Shelf Awareness (starred review)

Six days a week they awoke before the sun came up to practice their serves and returns, to learn to run faster and hit harder. They were unstoppable. At age fourteen, Venus played her first professional match. Three years later, it was Serena’s turn. It wasn’t easy. Some tennis fans cheered for these two fresh faces, while those who were unhappy to see two black girls competing in a nearly all-white sport booed and taunted them. But they didn’t let it stop them.

Lesa Cline-Ransome is the author of many award-winning and critically acclaimed nonfiction books for young readers, including Game Changers: The Story of Venus and Serena Williams; My Story, My Dance: Robert Battle’s Journey to Alvin Ailey; and Before She Was Harriet. She is also the author of the novel Finding Langston, which received a Coretta Scott King Honor Award and five starred reviews. She lives in the Hudson Valley region of New York. Learn more at LesaClineRansome.com 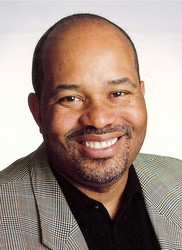 James E. Ransome’s highly acclaimed illustrations for The Bell Rang, which he also authored, received the 2020 Coretta Scott King Illustrator Honor. His other award-winning titles include the Coretta Scott King winner The Creation; Coretta Scott King Honor Book Uncle Jed’s Barbershop; Sweet Clara and the Freedom Quilt; Before She Was Harriet, and Let My People Go, winner of the NAACP Image Award. He frequently collaborates with his wife, author Lesa Cline-Ransome. One of their recent titles is Game Changers: The Story of Venus and Serena Williams, which received four starred reviews and was an ALA Notable Children’s Book.  He lives in New York’s Hudson River Valley region with his family. Visit James at JamesRansome.com.

The lively narrative . . . focuses on [Venus and Serena Williams's] determination to succeed and their close relationship. Ransome uses cut paper, pencil, and acrylic paints for pictures that are varied and energetic.

The acclaimed Ransome husband–and–wife duo move from the historical to the present-day with this story of African American sisters Venus and Serena Williams, who changed the game of tennis with their prowess and determination. . . . Clear writing, aninviting layout, collage-style pictures, and quotes from the sisters and their parents make this nonfiction format accessible for emerging and more confident readers. Cut paper, pencil, and acrylic paints blend seamlessly to create beautiful bold, colorful illustrations in tribute to two amazing athletes. . . . Will appeal to children and sports fans of all ages.

This lovingly crafted picture book biography centers on the incredible bond between Venus and Serena Williams and one of their signature accomplishments: being the first two sisters in tennis history to rank numbers one and two in the world. . . . Fans of tennis will be in for a treat as Cline-Ransome recounts the Williams’s matches with thrilling detail. . . . An important selection for biography and sports collections.

Wife-and-husband team Cline-Ransome and Ransome celebrate tennis superstars Venus and Serena Williams, focusing on their formative childhoods and the way their preparation and talent fundamentally changed the game. Cline-Ransome’s chronological account begins with the sisters’ pre-dawn practices in Compton, California, sweeping the public courts of garbage and broken glass before applying themselves with phenomenal dedication (“By the time Venus was four she could hit five hundred tennis balls at every practice”; “When gunshots rang out in the distance, [their father] Richard reminded them, ‘Never mind the noise. Just play’”). As they grow and improve, moving from their family’s private coaching to the professional tour, they become the dominant force in women’s tennis and find themselves playing against each other with increasing frequency. Ransome’s detailed collages reflect this shift. Early illustrations show the girls close together, dressed in like colors with similar hairstyles. As the story progresses, the sisters are positioned apart, wearing different colors, until as young women they find themselves on opposite sides of the net, their separation emphasized by the book’s low, wide trim size. The final spread, showing them on the same side of the net, holding hands, after Serena bested Venus in the 2002 French Open, communicates the sisters’ ultimate devotion to each other. Thorough back matter—including an afterword, source notes, a selected bibliography, and further reading—is appended.

Husband-and-wife team James E. and Lesa Cline-Ransome (Before She Was Harriet) offer a powerful portrayal of the sisters and tennis legends. Growing up in Los Angeles, Venus and Serena played tennis in the courts of East Compton Park, where neighborhood gunshots sometimes interrupted their practice. The book follows their move onto professional courts, where they drew attention for their raw talent and expressive styles, as well as their unfortunate treatment by some watchers, who “threatened, booed, and taunted” the sisters for their skin tone. Cline-Ransome conveys the sisters’ affection and competitiveness, emphasizing how Serena remained one step behind Venus until the 2002 French Open, when “a victorious Serena stepped out of the shadow of her sister.” Yet the sisters are pictured standing side-by-side for Serena’s win: “ ‘Nothing can keep me from celebrating when my best friend wins a match,’ Venus said proudly.” Ransome’s sophisticated portraiture captures a likeness of the two athletes, while spreads feature playfully stylized cut-paper collage accents—visuals that enhance this tribute to sisterhood, athletics, and determination.

Award-winning author/illustrator team Lesa Cline-Ransome and James E. Ransome's  newest nonfiction picture book pays tribute to two of the world's most impressive athletes: tennis stars and sisters Venus and Serena Williams. . . . The illustrations glory in the sisters' brown skin and colorful clothing, making them prominent "in a sea of white tennis attire, white fans, and white opponents." Every page is splashed with vibrant color and eye-catching patterns, and the figures of the women themselves are full of energy, speed and tension. An afterword, selected bibliography and source notes round out this incredible tennis life story of "two of the most popular athletes in history."

The Story of Venus and Serena Williams

By Lesa Cline-Ransome
Illustrated by James E. Ransome
PRICE MAY VARY BY RETAILER