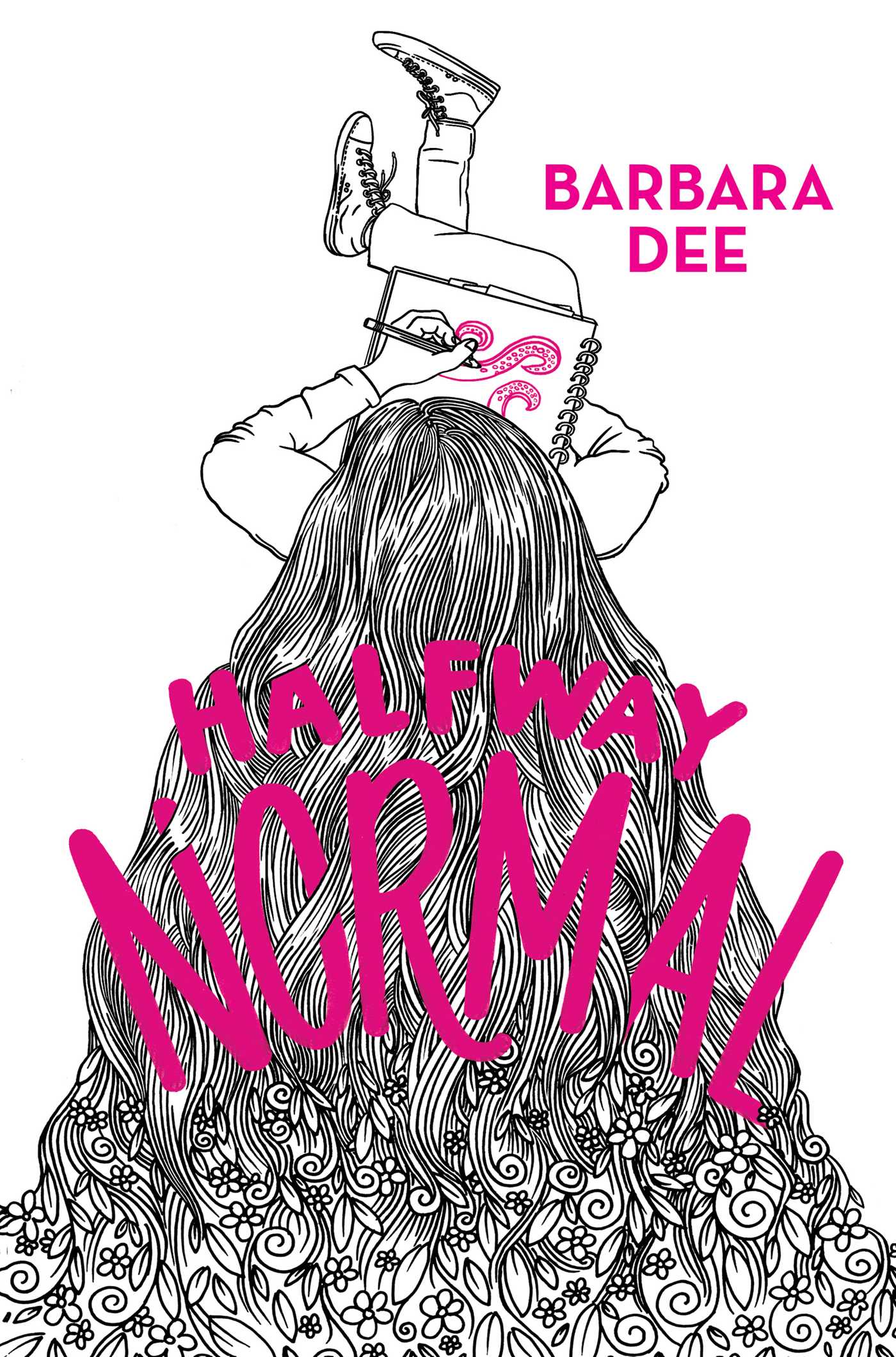 A cancer survivor must readjust to “normal” middle school life in this hopeful novel from the author of Star-Crossed and Truth or Dare.

Norah Levy has just completed two years of treatment for leukemia and is ready to go back to the “real world” of middle school. She knows it'll be tricky—but like the Greek mythological characters she read about while she was sick, Norah’s up for any challenge.

But seventh grade turns out to be trickier than she thought. Norah’s classmates don’t know what to make of her. Her best friend, Harper, tries to be there for her, but she doesn’t get it, really—and is hanging out with a new group of girls. Norah’s other good friend, Silas, is avoiding her. What’s that about, anyway?

When Norah is placed with the eighth graders for math and science she meets Griffin, a cute boy who encourages her love of Greek mythology and art. And Norah decides not to tell him her secret—that she was “that girl" who had cancer. But when something happens to make secret-keeping impossible, Norah must figure out a way to share her cancer story.

But how do you explain something to others that you can’t explain to yourself? Can Nora take her cue from her favorite Greek myth? And then, once she finds the words, can she move forward with a whole new ‘normal’?

Halfway Normal THE GIRL WHO
The second I stepped into the room, somebody screamed.

I turned to look behind me—for a rock star, or a grizzly bear, or the Loch Ness Monster. But no one was following.

The scream was for me.

“Norah Levy! Omigod! It’s Norah Levy!” Two girls jumped up from their chairs to smother me in a hug. Kylie Shen and Aria Maldonado, who smelled like bubblegum-scented shampoo. Or shampoo-scented bubblegum.

“Omigod, Norah, this is so great, how are you?” Kylie squealed. She had the kind of voice that took over a room, even though she was tiny. Not as tiny as me, though.

“Well, you look amazing,” Aria said. She gave me a pep-talk sort of smile and bounced on her toes.

“Incredible,” Kylie agreed. “And I love your hair!”

“Yeah, Norah, you look so cute in a pixie cut.”

I ruffled my hair, much shorter than it used to be, but finally long enough to be a style. “Thanks. It dries really fast. And no tangles, so.”

“I wish my mom would let me get a short haircut,” Aria said. Which was insane. Besides, with her warm brown skin and her height, no way could Aria look like me, even if she got permission.

“Everyone, please take your seats,” boomed the homeroom teacher, a man I didn’t know from before. A gym teacher, by the look of his track pants.

Kylie grabbed my arm. “You’re sitting with us, Norah,” she informed me.

“Hey, aren’t you the girl who—” Now a boy I didn’t recognize was talking to me. Oh, wait a sec. Right. His name was Malik. Malik Thrash. As if it was possible to forget a name like that.

“Malik, don’t be rude,” Aria snapped at him.

“You shouldn’t make Norah talk about it.”

“That’s so funny. The Girl Who. I like that!” Kylie laughed, a little too enthusiastically.

Aria and Kylie popped their eyes at him.

“People should shut their mouths if they don’t know what they’re talking about,” Kylie said. “And they should also consider other people’s feelings.” She petted my arm. “Don’t pay any attention to him, Norah.”

I realized then that everyone was watching us. Delete that: They were watching me. Mostly, they were giving me out-of-the-corner-of-their-eyes looks, like they were trying to be subtle, but a few kids were flat-out staring. So I wiggled my fingers in a sort of general hi, but they got embarrassed and turned away.

What was that about? Were they doing a before-and-after? Maybe I looked weirder than I thought I did. I patted my hair with a sweaty hand and tugged at my orange tee. Why hadn’t I protested when Mom bought me orange? And why had I put it on this morning? I looked like a Cheeto in a hazmat suit.

Then I pretended to read my schedule. First period was math, where at least I’d be with my best friend, Harper. (I knew this because I’d texted her the second my schedule showed up in my mailbox; she called back to tell me gossip about all the teachers, including how our math teacher handed out Smarties during tests.) My other good friend, Silas, wasn’t in math with us, but maybe we’d be together in English or science. So if I could just make it through morning homeroom—

“Norah Levy?” the homeroom teacher called as he hung up the classroom phone. “You’re wanted in Guidance.”

“Now?” I glanced at the clock. “But it’s almost first period.”

“Right. Ms. Castro says she needs to see you before first.”

“You want me to come with you, Norah?” Aria asked.

“I can find it. But thanks.” I stuffed my schedule into my backpack. In some zippered pocket was a map of the building, but I’d check it in the hallway. Not here.

“Whoa, your backpack looks heavy,” Malik said. “If you want, Norah, I could help—”

A girl moved her chair out of the way to let me pass. “Sorry,” she murmured. Apologizing for what? The fact that her chair had been in my way, and now wasn’t? The fact that everyone was acting like I was made of cloud wisps and dandelion fluff, and one false move and I’d blow away forever?

“No problem,” I said, feeling the scorch of everyone’s eyes as I fled the room. 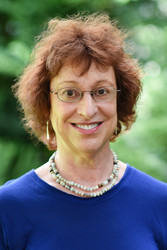 Barbara Dee is the author of eleven middle grade novels published by Simon & Schuster, including My Life in the Fish Tank, Maybe He Just Likes You, Everything I Know About You, Halfway Normal, and Star-Crossed. Her books have earned several starred reviews and have been named to many best-of lists, including the The Washington Post’s Best Children’s Books, the ALA Notable Children’s Books, the ALA Rise: A Feminist Book Project List, the NCSS-CBC Notable Social Studies Trade Books for Young People, and the ALA Rainbow List Top Ten. Barbara lives with her family, including a naughty cat named Luna and a sweet rescue hound named Ripley, in Westchester County, New York.

“Readers will feel with her as Norah struggles with how, when, and to whom she should tell her story—if at all. The moment that really sings is when Norah realizes that there are some life experiences that change you forever, and that's not always a bad thing. Dee, whose acknowledgments hint at family experience with childhood cancer, does an exceptional job accurately depicting Norah's struggles in a way that is translatable to those with varied understanding of illness… A powerful story not only about illness, but about accepting yourself for who you are—no matter the experiences that shaped you. “  STARRED REVIEW Kirkus

“In writing this remarkable novel, Barbara Dee has performed an amazing feat. She has traveled to places you hope you will never have to go and then drawn a lovely, heartbreaking, warm, funny, and ultimately hopeful map of the way back home.”

“Barbara Dee has an unfailing sense of the dynamics of middle school social life. Spot-on portrayals of friends and family relationships frame a powerful main character who’s determined to find her way back. Halfway Normal has a brave, kind heart—as tender and triumphant as the main character herself.”

"Readers will feel with her as Norah struggles with how, when, and to whom she should tell her story—if at all. The moment that really sings is when Norah realizes that there are some life experiences that change you forever, and that's not always a bad thing. Dee, whose acknowledgments hint at family experience with childhood cancer, does an exceptional job accurately depicting Norah's struggles in a way that is translatable to those with varied understanding of illness… A powerful story not only about illness, but about accepting yourself for who you are—no matter the experiences that shaped you."

"A powerful story about surviving and thriving after serious illness."

The authenticity of Norah's story can be credited to the author's own experiences as the mother of a cancer patient.But this is not a book about cancer; rather, it's about the process of moving forward in its wake. Readers who appreciate well-wrought portrayals of transformative middle-school experiences, such as Rebecca Stead's Goodbye Stranger (2015) will find a story in a similar spirit here.