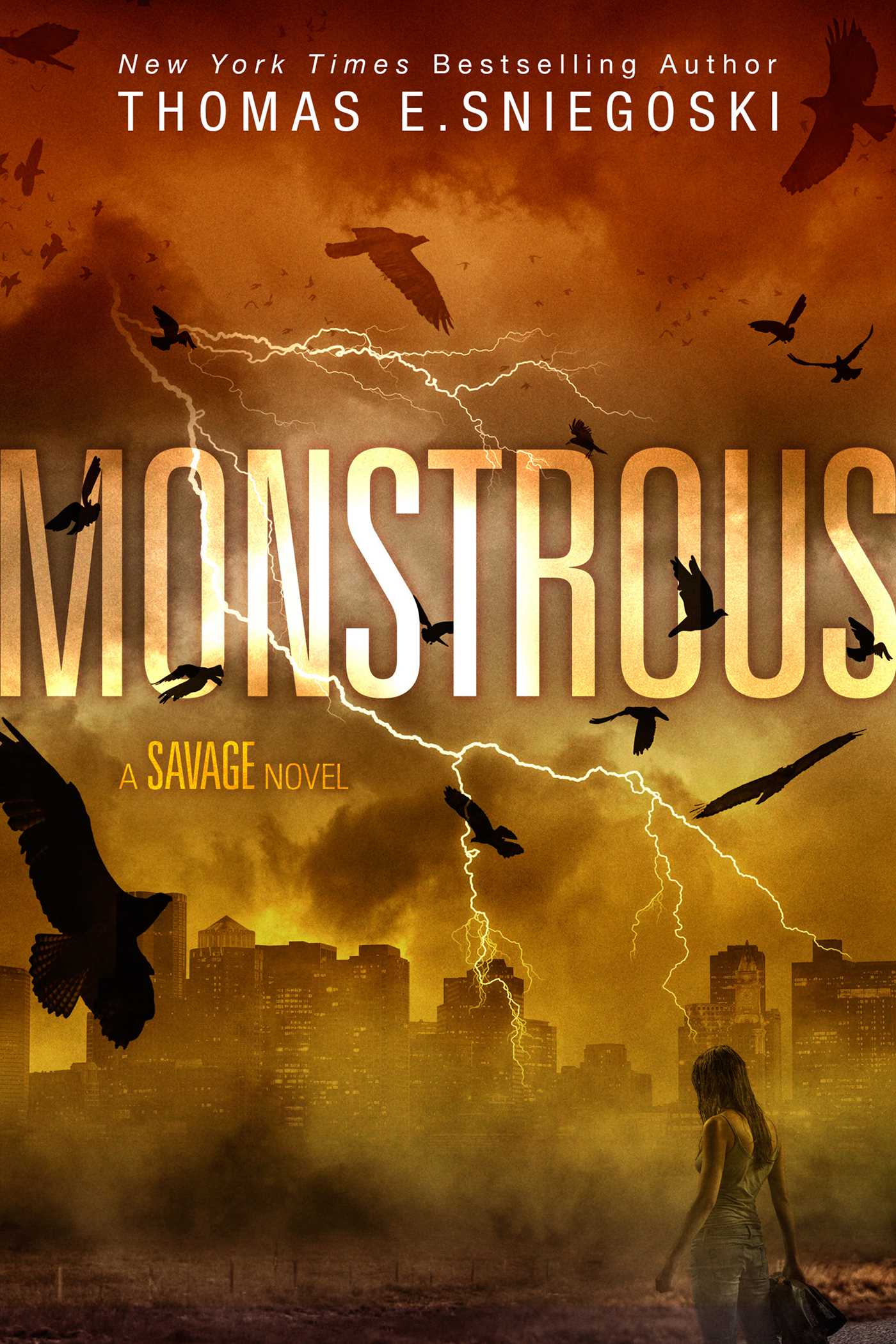 The city of Boston isn’t prepared for the coming storm in this sequel to the “unpredictable” (VOYA) and “fast-paced” (School Library Journal) Savage from New York Times bestselling author Thomas E. Sniegoski.

Sidney and her friends have survived the storm that came to the small island of Benediction, bringing with it almost unimaginable darkness and horror. But now the storm has reached Boston. The terror continues as Sidney and her friends work to protect the city from the newly crazed rampage of animals and try to figure out the origins of the storm and its power.

Monstrous CHAPTER ONE Benediction Island, Massachusetts
It was as if all sound had been sucked from the tent as the realization of what Borrows had just relayed from his tablet began to sink in.

Another storm was forming. Not over tiny, peaceful Benediction Island, like yesterday, but over the city of Boston.

Sidney sat numbly on the cot, watching the expressions of the others there with her. The scientist who had been asking her questions about the previous night looked as though he might be sick. What did he say his name was? Sayid? Dr. Sayid?

The woman standing next to him, Langridge, immediately placed her hand on the butt of the gun that was holstered at her side.

Cody, Sidney’s ex-boyfriend, and her friend Rich both looked like they wanted to run. Her new friend, Isaac, glanced around the tent as if bored. She had no idea what he might be thinking. And poor Snowy, her white German shepherd, whined pathetically and nuzzled Sidney’s hand as if reading their vibes.

She didn’t blame any of them in the least for their reactions now, not after what they had experienced last night—what they had lost to the . . .

The word was sharp, cutting, brutal in its revelation.

What had happened yesterday—what had come in the storm—it wasn’t anything natural at all. It had been planned—directed.

She remembered the mental connection she’d made with something not of this world and shuddered so hard she thought her back might break. “I know what it is,” she said. “It’s an invasion.”

They were all looking at her now.

“How do you know what—” Langridge started to ask, moving toward her.

“This is just the beginning,” Sidney continued, ignoring the security officer, wanting, needing them all to know how bad it truly was—how bad it was likely to get. “They come in the storm.”

She saw, clear as day, the thing in the cave, its quivering, gelatinous mass, the thick black tendrils that covered it, broadcasting its signals throughout the island—urging everything that crawled, slithered, and flew to attack and kill if they could.

There was no mercy in an invasion like this.

“Sidney, where are you getting this from?” Dr. Sayid asked.

She remembered the feel of the alien’s slippery, rubbery flesh beneath her and the sucking sounds as she’d stabbed her makeshift spear into its body over and over again. She remembered the sudden rush of energy through her body as she’d somehow connected with it, the images of an alternate reality that had filled her mind, and the others. The others, who had not at all liked her presence in their realm, had tried to destroy her mind.

She could still feel something inside her head, something wrong—like a splinter just below the skin—imbedded, festering.

Langridge and Sayid looked at each other. Was that skepticism or fear on their faces?

“Okay,” the scientist said, taking a deep breath and turning his eyes back to Sidney. “You’re saying that you somehow connected with the organism in the cave?”

“Then maybe you can give us some insight into what we’re dealing with here.”

“We need to notify the NSA immediately,” Langridge stated, hand still on her gun.

“Is that who you guys are working for?” a familiar voice asked. They all looked to see Doc Martin, Benediction’s veterinarian, coming into the tent. “The National Security Agency?”

“We’re a science division of the NSA,” Langridge explained. “We need to let the authorities in Boston know immediately that a threat is imminent and—”

“Why? What’s wrong now?” Doc Martin asked, pulling a pack of cigarettes from the pocket of her bloodstained smock.

“Another storm,” Cody said grimly. “This time over Boston.”

“Another . . . Shit,” she said, putting the smoke into the corner of her mouth and fishing for a light. “We gotta do something.”

“That’s exactly what I’m going to do,” Langridge said, turning quickly and rushing from the tent.

“If you’ll excuse me,” Sayid said politely, and then followed the security officer out toward a larger tent, where there appeared to be much hustle and bustle.

Cody and Rich were looking at Sidney now. There was something strange in their attention.

“Are you all right, Sid?” Rich asked. “This stuff about connecting with that . . . that monster . . .” He paused, and the look on his face told her that he was remembering the horror of the creature in the cave.

“She’s fine,” Cody answered for her.

“What are you guys talking about?” Doc Martin wanted to know. “Who connected with what?”

“I did,” Sidney said, and told Doc Martin what she had already explained to Langridge and Sayid.

“But she’s fine,” Cody said again when she had finished.

“I don’t know if that’s true, Cody,” Sidney said, struggling to keep her voice from cracking. “I guess I got inside their heads . . .” She paused, her stomach roiling. “But they got inside mine, too.”

Doc Martin sat on the cot beside her and carefully looked her over. Sidney’s hands were still bandaged from the insect bites, as were many areas of her body, but what she was feeling as a result of the connection, it was more than physical.

“Are you all right?” Doc Martin asked, the concern clear in her tone and her gaze.

Sidney didn’t answer right away, not wanting to lie to someone who was as close to her as family. Something was still there, inside her head. Maybe it would go away over time, but as for right now . . .

“I really don’t know,” she finally admitted, hot tears beginning to roll down her face.

And Doc Martin pulled her close and hugged her. 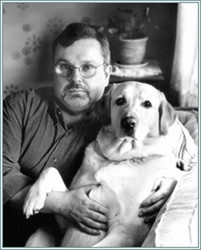 Thomas E. Sniegoski is the author of more than two dozen novels for adults, teens, and children. His books for teens include Legacy, Sleeper Code, Sleeper Agenda, and Force Majeure, as well as the series The Brimstone Network. As a comic book writer, Sniegoski’s work includes Stupid, Stupid Rat Tails, a prequel miniseries to international hit, Bone. Sniegoski collaborated with Bone creator Jeff Smith on the project, making him the only writer Smith has ever asked to work on those characters. He was born and raised in Massachusetts, where he still lives with his wife LeeAnne and their French Bulldog, Kirby. Visit him on the web at Sniegoski.com.

"Savage will encourage readers to cheer for their favorite characters to survive the storm. Just like a real natural disaster, Savage is unpredictable and its winds are relentless; there is never a lull in this storm—not even at the very end."

"Supernatural and horror readers alike will speed through Sniegoski’s fast-paced tale and no doubt enthusiastically await the sequel."

More books in this series: Savage