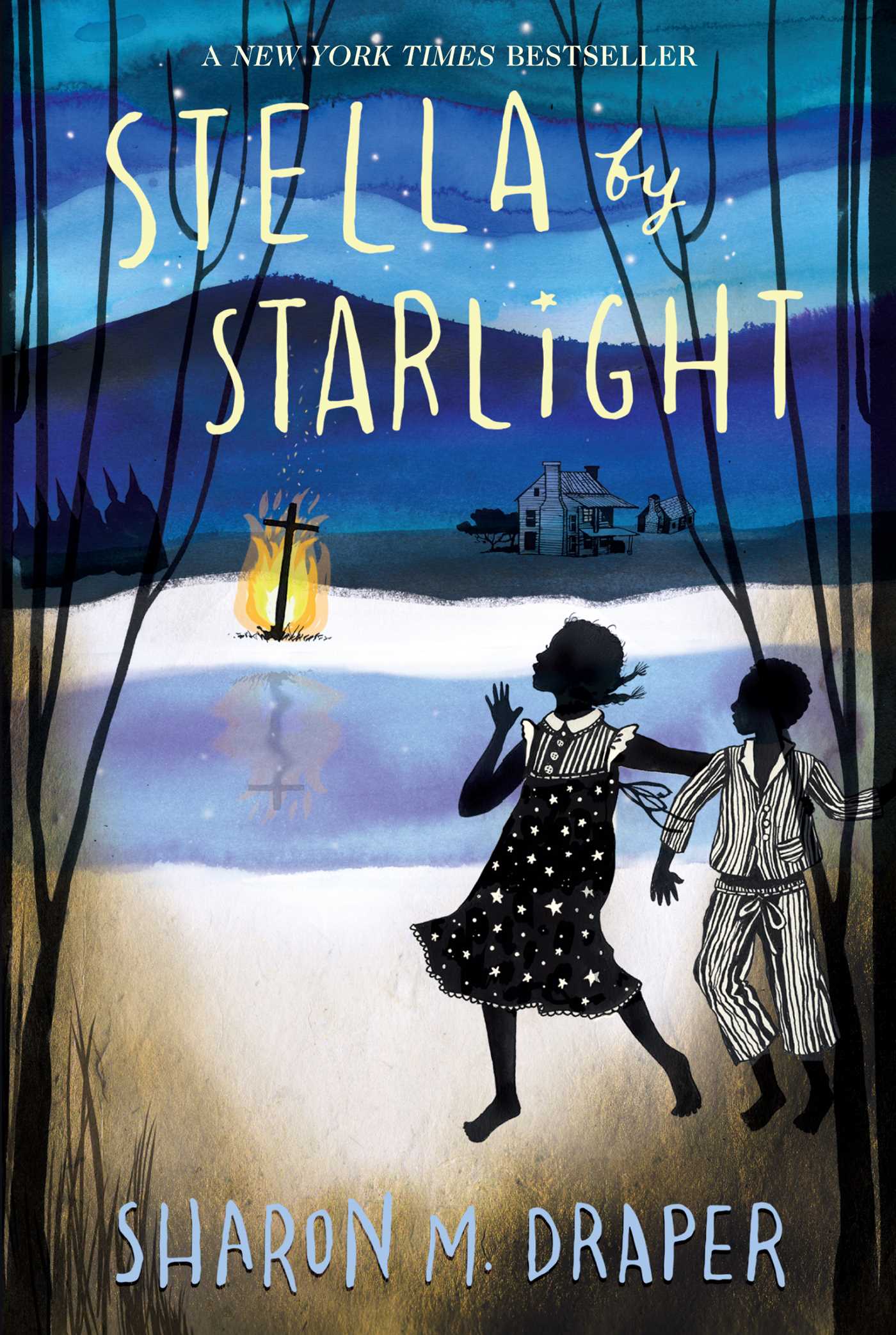 Sharon M. Draper presents “storytelling at its finest” (School Library Journal, starred review) in this New York Times bestselling Depression-era novel about a young girl who must learn to be brave in the face of violent prejudice when the Ku Klux Klan reappears in her segregated southern town.

Stella lives in the segregated South—in Bumblebee, North Carolina, to be exact about it. Some stores she can go into. Some stores she can’t. Some folks are right pleasant. Others are a lot less so. To Stella, it sort of evens out, and heck, the Klan hasn’t bothered them for years. But one late night, later than she should ever be up, much less wandering around outside, Stella and her little brother see something they’re never supposed to see, something that is the first flicker of change to come, unwelcome change by any stretch of the imagination. As Stella’s community—her world—is upended, she decides to fight fire with fire. And she learns that ashes don’t necessarily signify an end.

Stella by Starlight 1 Flames Across the Water
Nine robed figures dressed all in white. Heads covered with softly pointed hoods. Against the black of night, a single wooden cross blazed. Reflections of peppery-red flames shimmered across the otherwise dark surface of Kilkenny Pond.

Two children, crouched behind the low-hanging branches of a hulking oak tree on the other side of the pond, watched the flickers of scarlet in the distance in fearful silence. Dressed only in nightshirts, Stella Mills and her brother Jojo shivered in the midnight October chill.

Jojo squirmed out of her grasp. “It was me that saw ’em first!” he protested. “You’d still be ’sleep if I hadn’t come and got you. So lemme see!”

Stella covered her brother’s lips with her fingers to quiet him. Even though her toes were numb with cold and she knew they needed to get out of there, she could not take her eyes from the horror glimmering toward them from across the pond. “Do you know what would happen if they saw us?” she whispered, shifting her stinging feet, the crushing of dry leaves seeming far too loud.

Jojo pressed himself closer to her in answer.

Besides the traitorous leaves, Stella could hear a pair of bullfrogs ba-rupping to each other, but nothing, not a single human voice, from across the pond. She could, however, smell the charring pine, tinged with . . . what? She sniffed deeper—it was acrid, harsh. Kerosene. A trail of gray smoke snaked up to the sky, merging with the clouds.

“Who are they?” Jojo whispered, stealing another glance.

“The Klan.” Just saying those words made Stella’s lips quiver.

“What are they doing?”

Stella paused and smoothed his bushy hair, trying to figure out the best way to answer. Jojo was only eight.

“Nothing good,” she said at last.

A horse whinnied in the distance—it sounded nervous. And there, in the shadows of the trees across the pond, Stella could make out half a dozen of them. The flames must be scaring them, too, she thought. The horses began to stamp and snort as the fire flared.

Stella inched forward, trying to get a better look. One of the harnesses seemed to sparkle in the darkness. Or was it just a stray ember from the flames? The men in the white hoods were now all raising their arms to the sky, and they cried out as one, but their exact words were muffled by cloth and wind.

“Jojo, we’ve gotta get out of here!” she whispered, now edging backward.

“Should we tell Mama and Papa?” Jojo asked.

Stella did not answer her brother. Instead she caught his hand in her tightest grip and ran.

Sharon M. Draper is a New York Times bestselling author and recipient of the Margaret A. Edwards Award honoring her significant and lasting contribution to writing for teens. She has received the Coretta Scott King Award for both Copper Sun and Forged by Fire, and was most recently awarded the Charlotte Huck Award for Stella by Starlight. Her novel Out of My Mind has won multiple awards and was a New York Times bestseller for over three years. She lives in Cincinnati, Ohio, where she taught high school English for twenty-five years and was named National Teacher of the Year. Visit her at SharonDraper.com.

SEE ALL
See more by Sharon M. Draper
Thank you for signing up, fellow book lover!