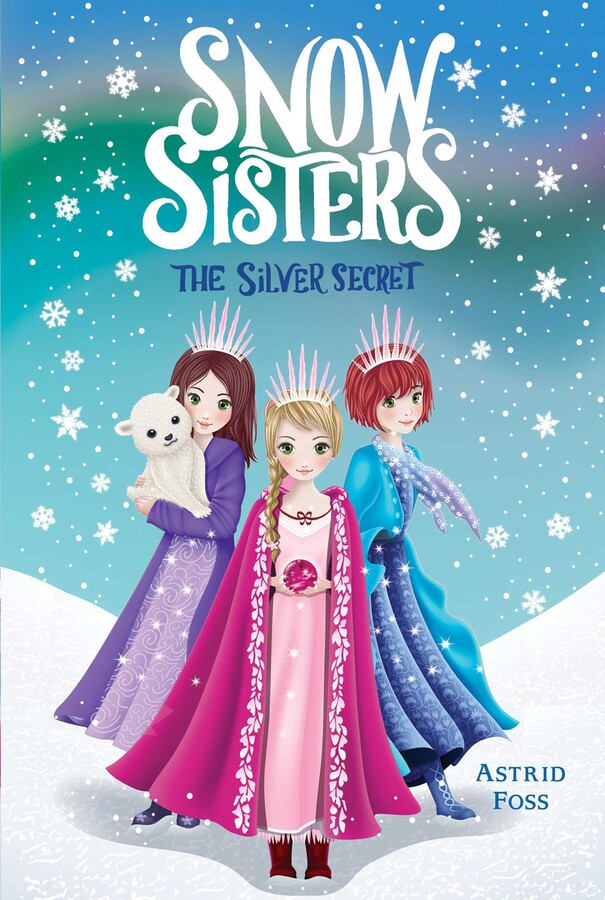 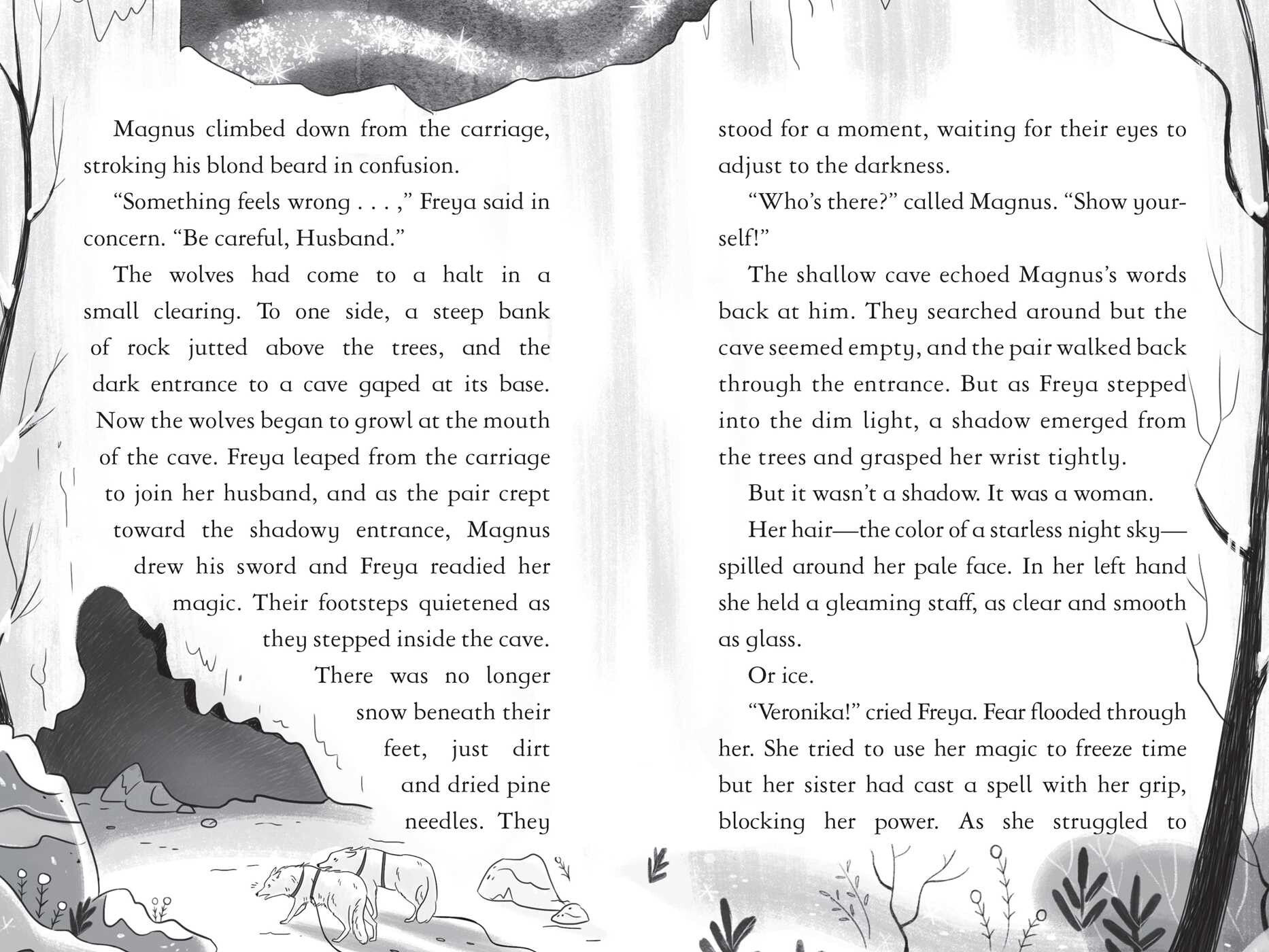 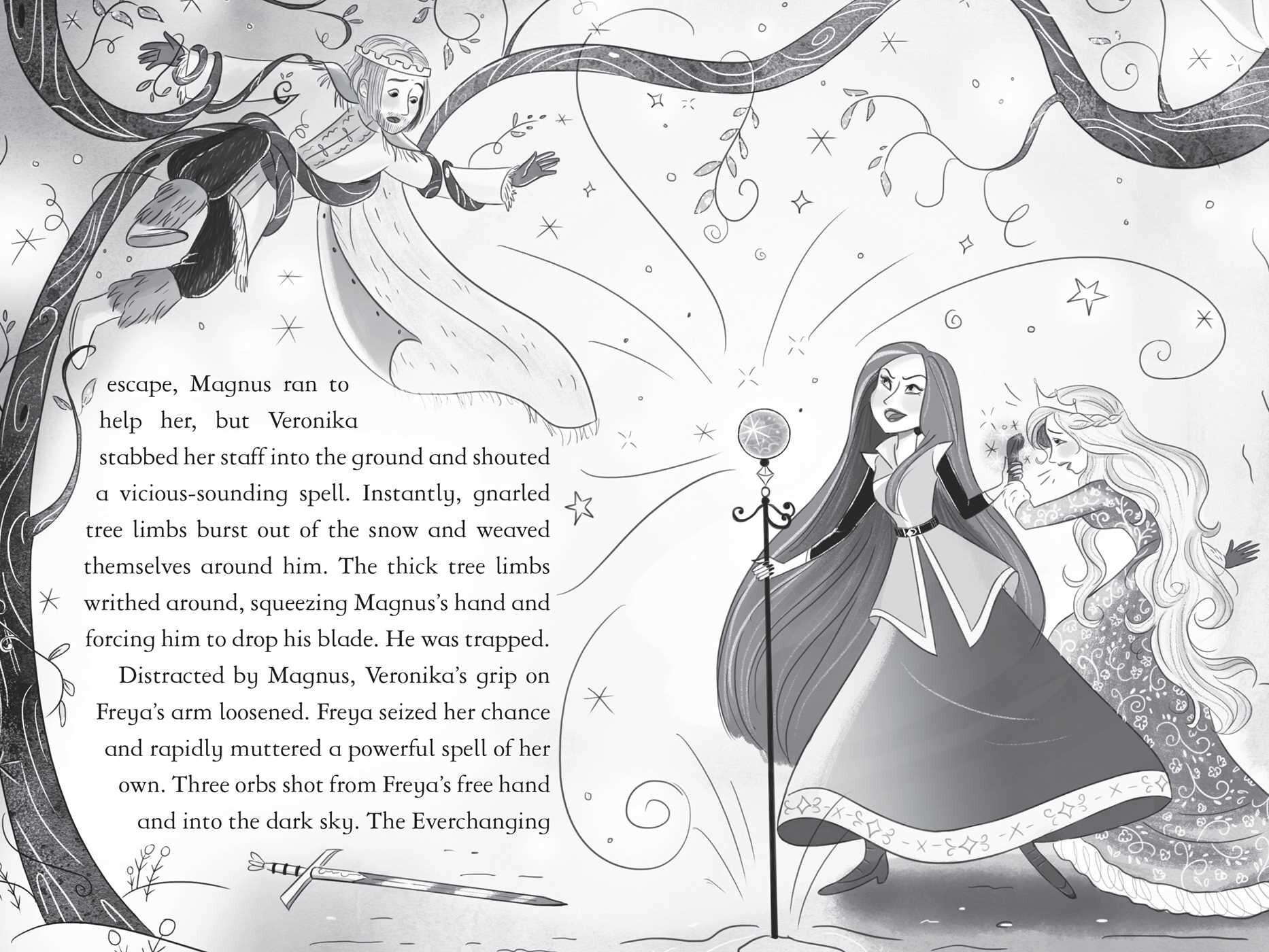 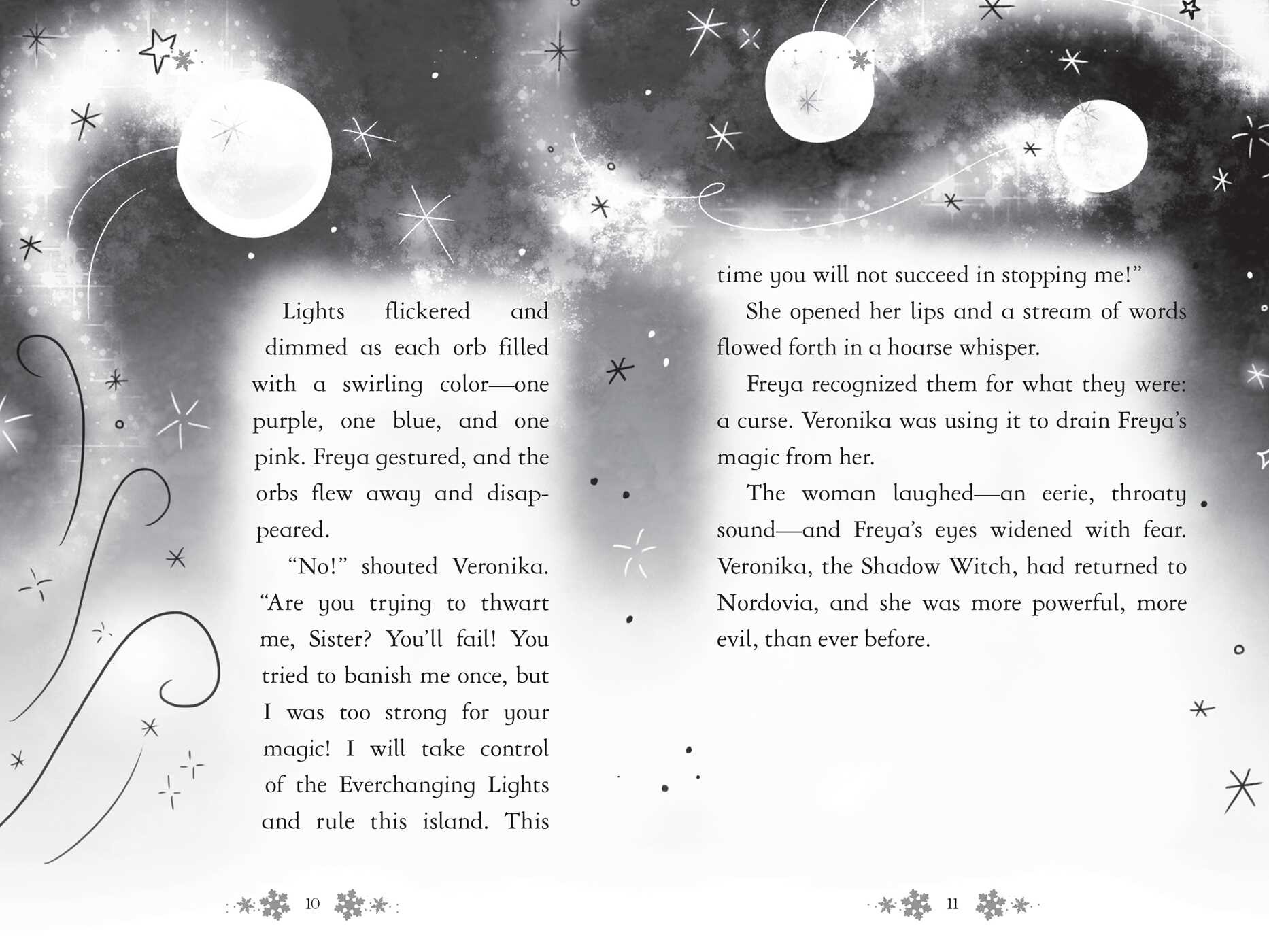 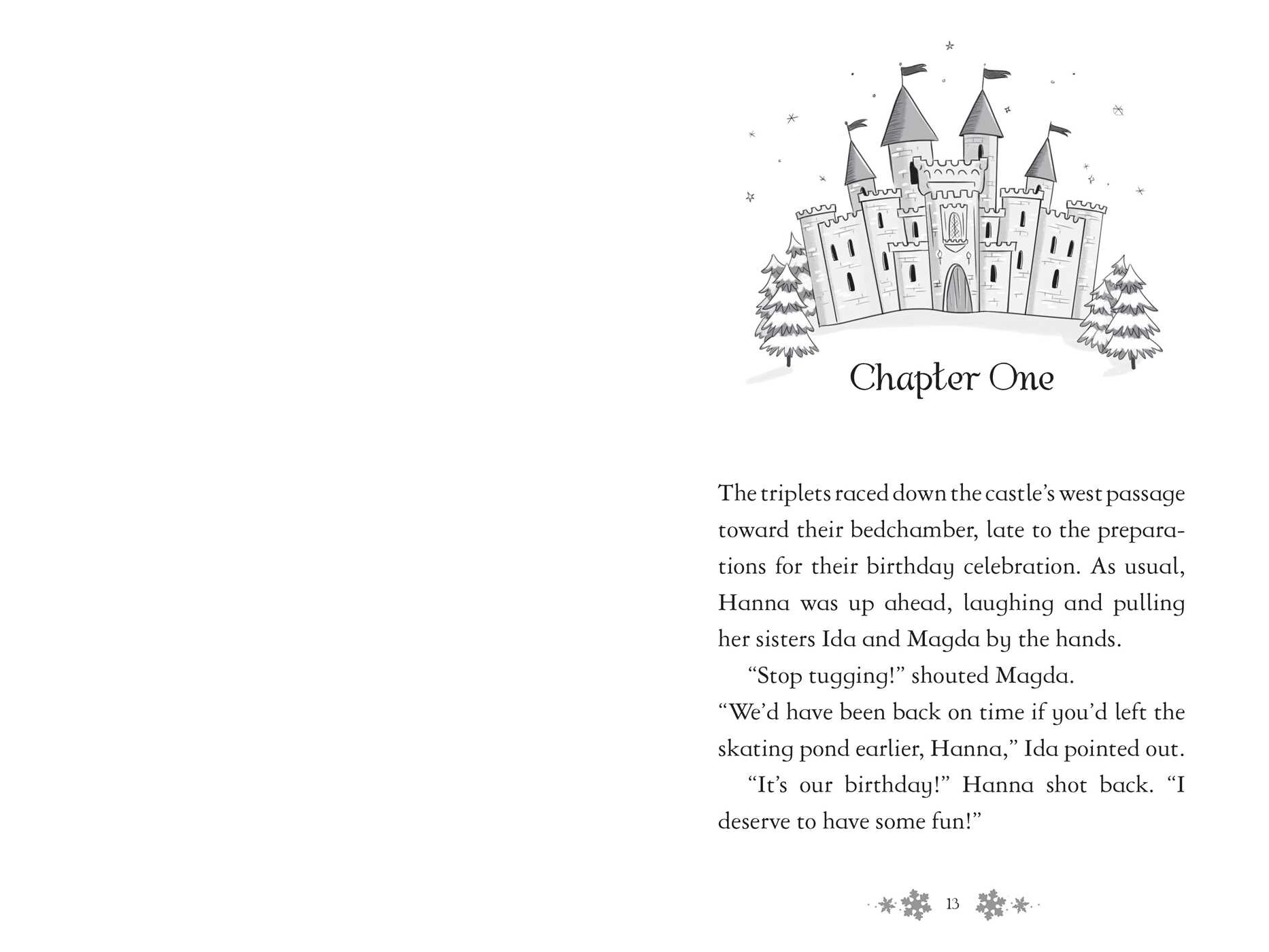 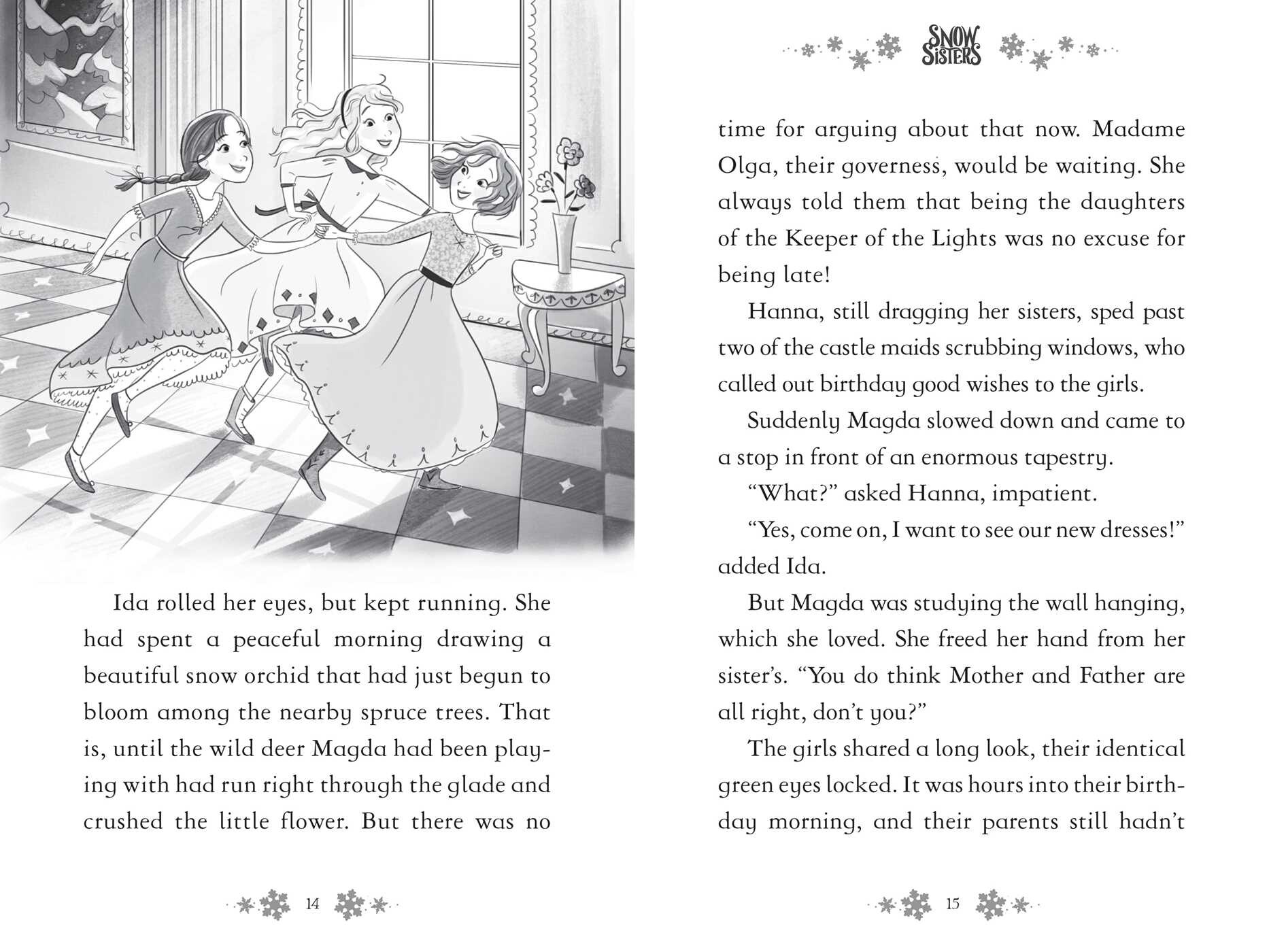 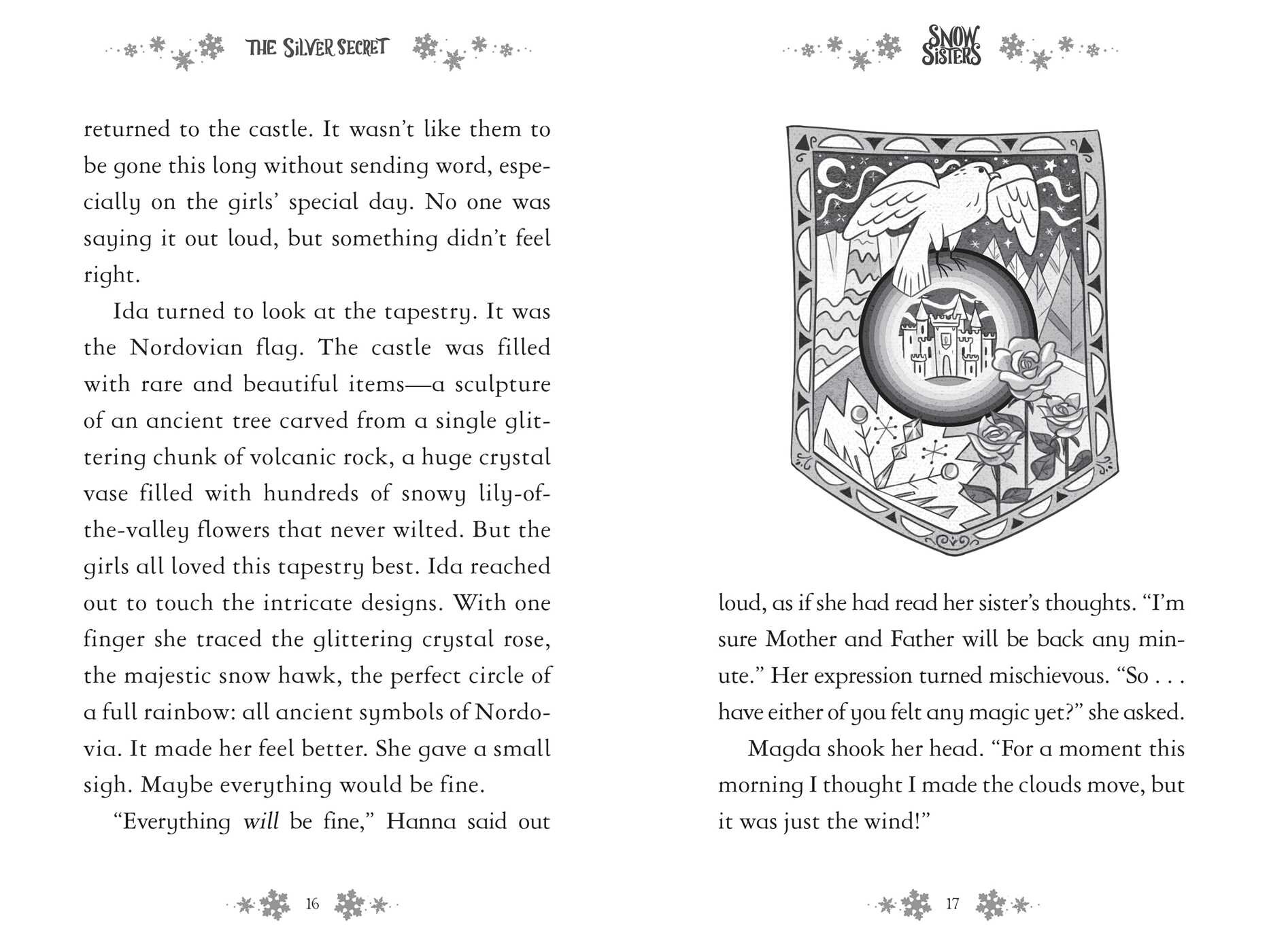 Disney’s Frozen meets Snow and Rose in this enchanting chapter book adventure about princess sisters with magical powers who embark on a quest to defeat an evil witch.

Three princesses live in a sparkling, happy kingdom. There’s always the perfect blanket of snow on the ground, and the sky is filled with the glowing, multi-colored Everchanging Lights that protect their kingdom.

When the wicked Shadow Witch plans to steal the Everchanging Lights out of the sky, the Snow Sisters will do whatever it takes to stop her. The princesses, along with their pet polar bear, sneak away from the castle under cover of night. To protect the pink Everchanging Light before the Shadow Witch can snatch it for herself, the girls will have to brave the treacherous frozen forest. Can they make it through in time?

Astrid Foss—if that’s even her real name—is very secretive. No one is sure where she lives, but it’s probably in a log cabin where she can take her huskies for a walk every morning then sit with a hot chocolate and dream up icy adventures. One thing is for sure…she loves ginger cookies and knitting complicated hats!

Magical triplets must go on a quest to save their parents—and their island—in this series opener.

Though never referred to as princesses (nor are Freya and Magnus, their crown-wearing parents, called king and queen), Hanna, Magda, and Ida live in a castle in the Nordic-esque island kingdom of Nordovia. In a prologue, their parents go on a quick overnight trip only to be captured by their mother’s evil sister, Veronika, the Shadow Witch, who wishes to usurp Freya’s powers and her role of Keeper of the Lights (the Everchanging Lights, a special magic that protects the island). When their parents don’t arrive home for the girls’ birthday—a special one, as 12 is the age they come into their own magic gifts—the party is canceled and searches are launched. That night, the sisters’ special snow globe comes to life, as their mother uses it to warn them about Veronika and tasks them with retrieving her power, hidden on the island in three orbs. They trade their glittering gowns and velvet dresses for practical gear and, with their magical polar bear cub, set out to retrieve the first. They succeed by using their powers, which they discover along the way. Though the story is heavily front-loaded with exposition, the pacing’s quick. The attractive artwork throughout uses fine, delicate lines and depicts main characters as White, though crowd scenes show diversity. Sequel The Crystal Rose publishes simultaneously.

There’s something for everyone in this series opener: Arctic animals, magic, pretty gowns, adventure. (Fantasy. 7-11)