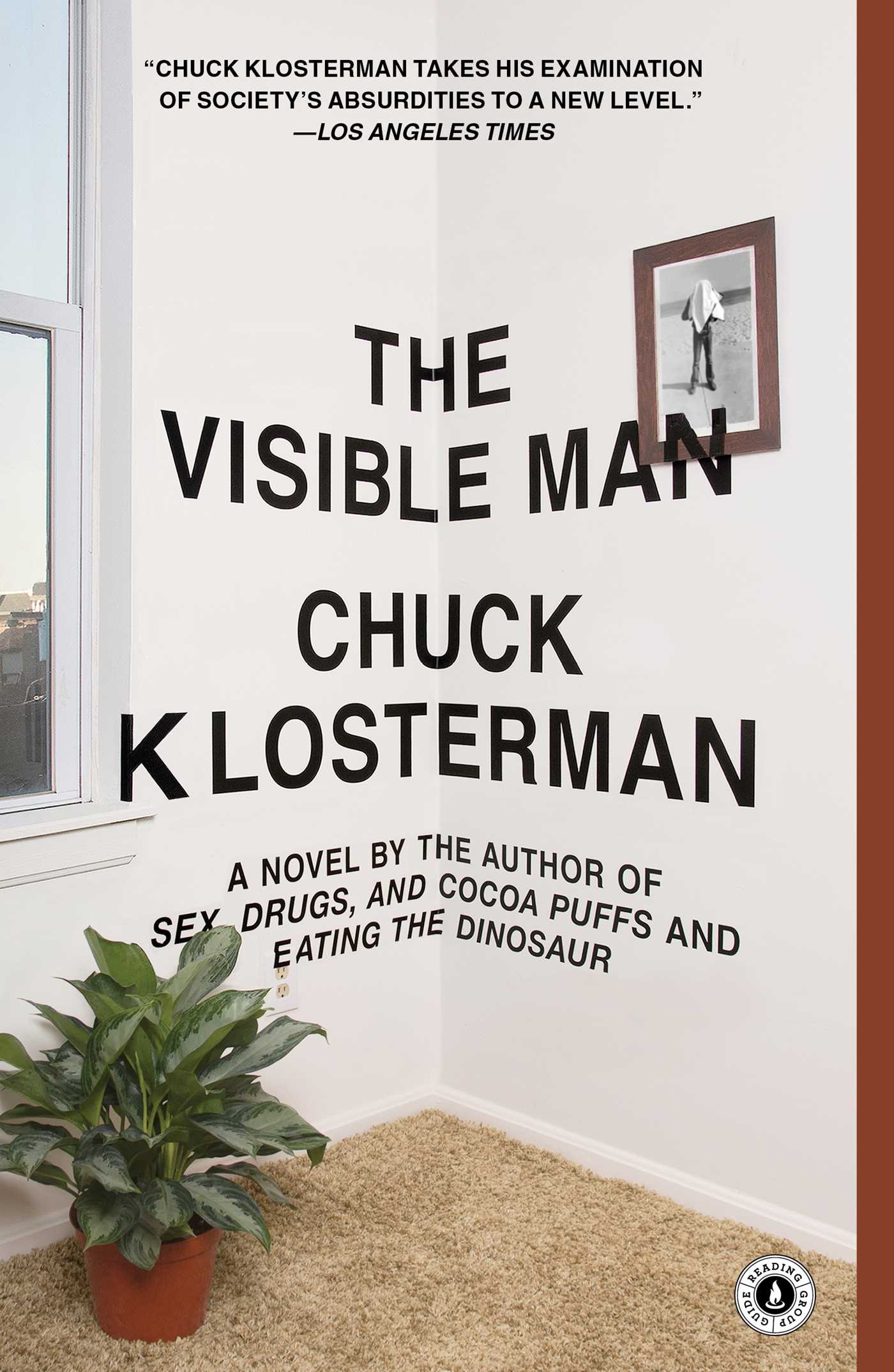 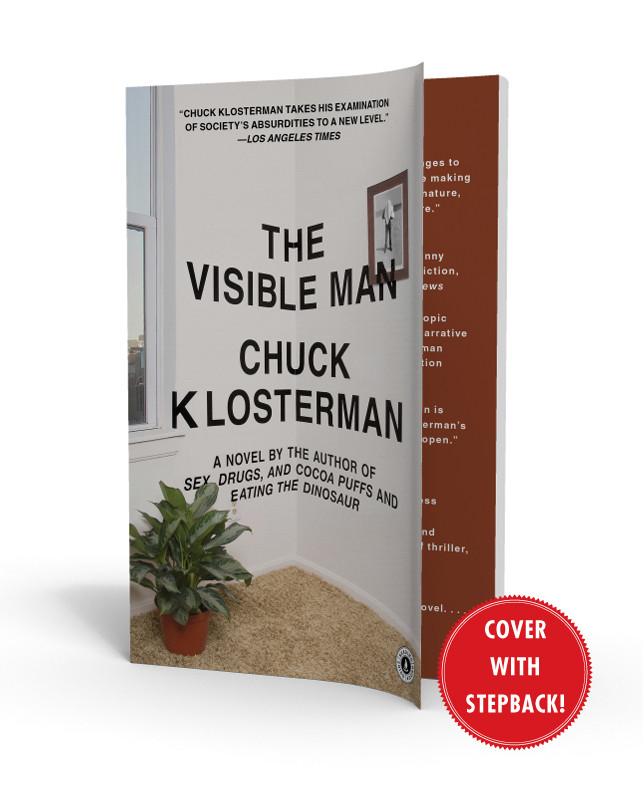 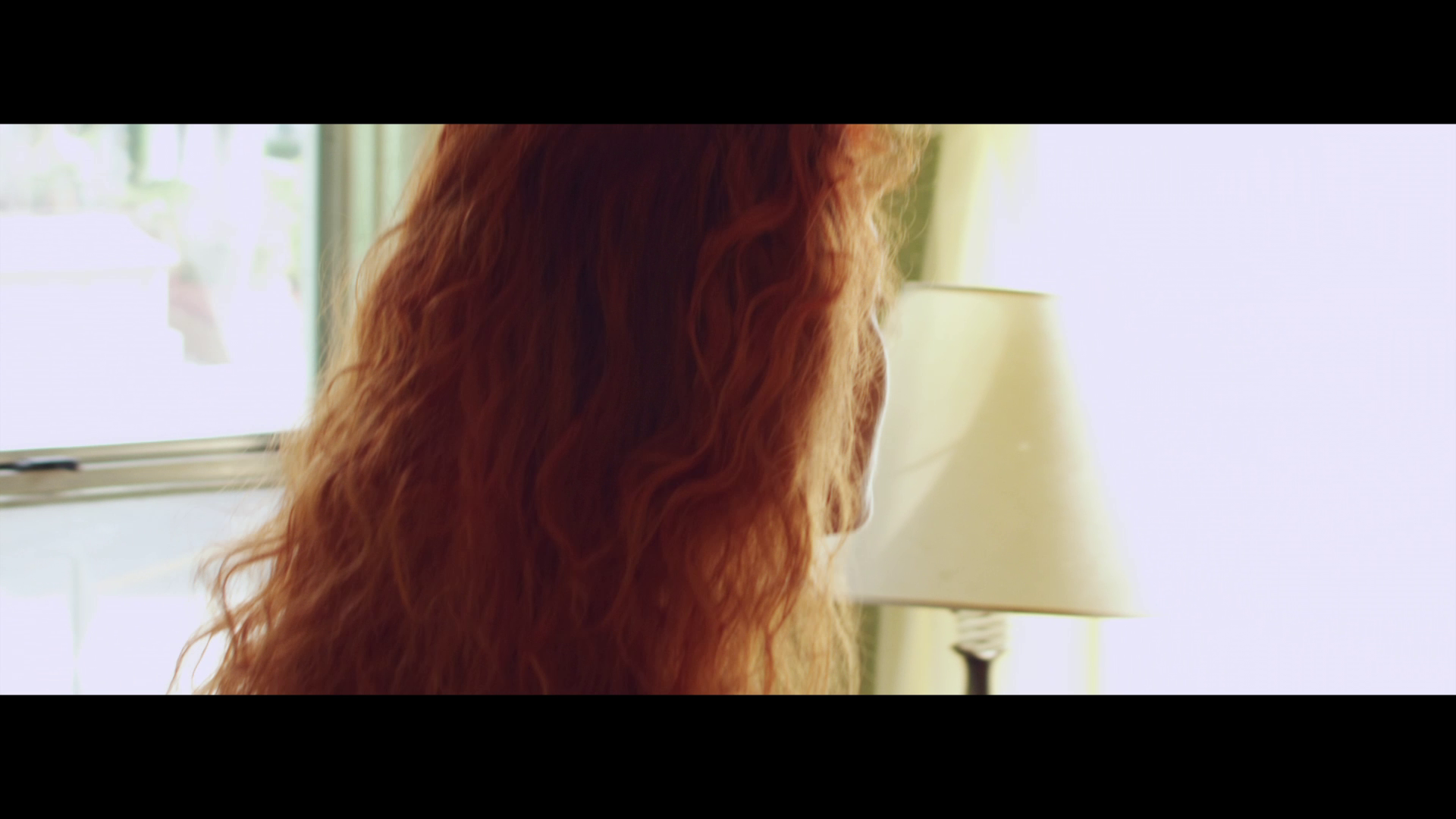 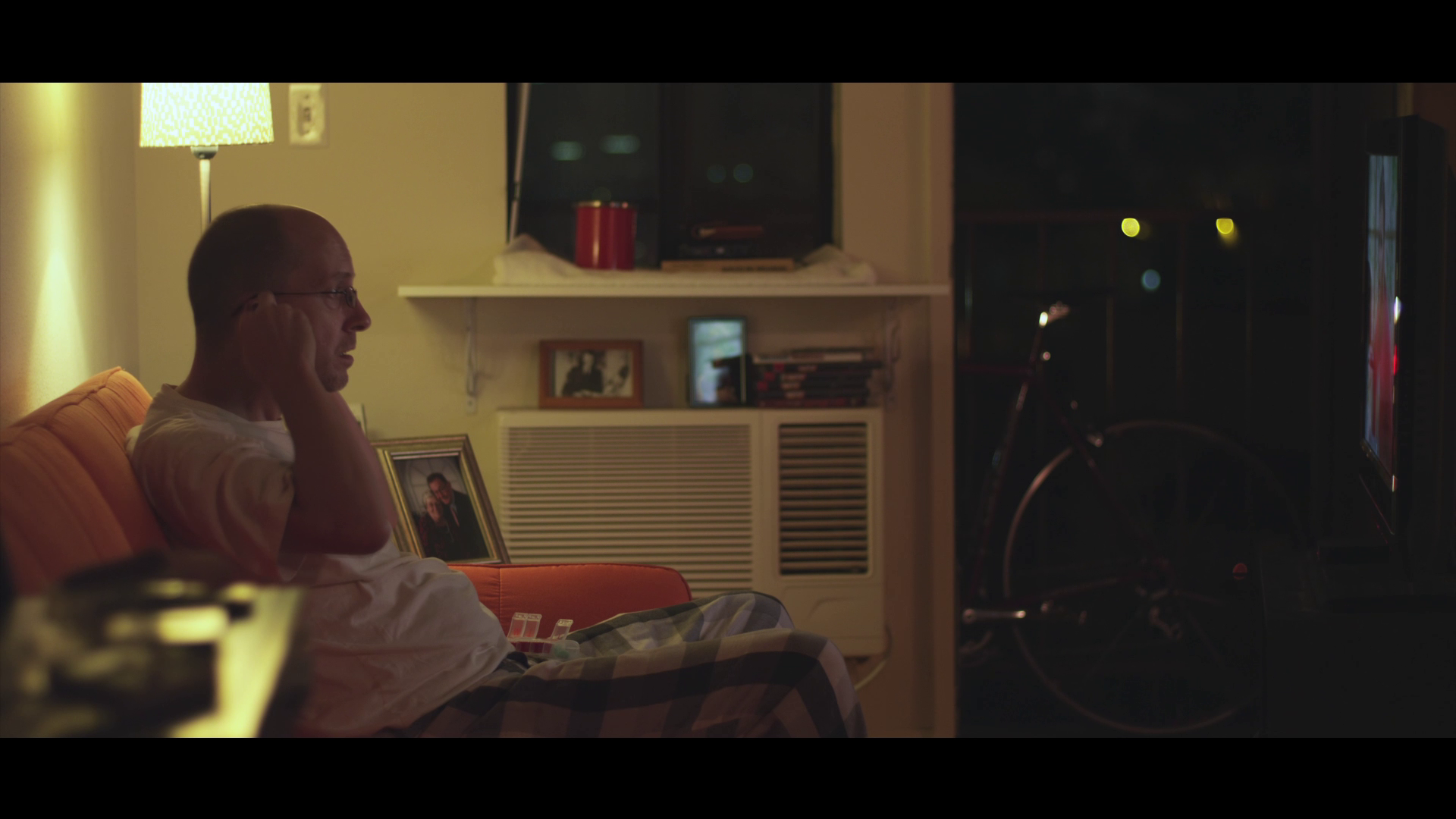 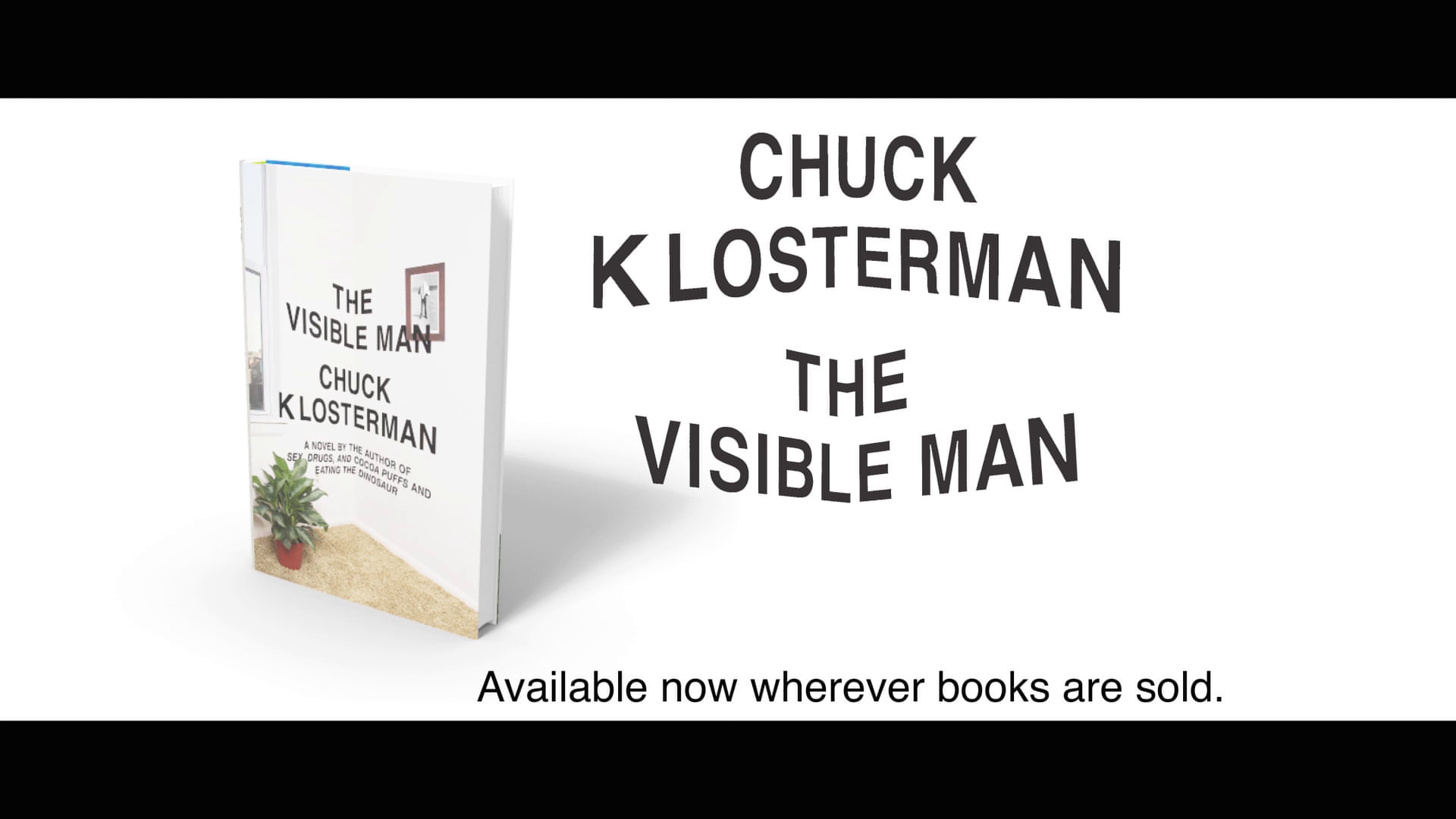 By Chuck Klosterman
PRICE MAY VARY BY RETAILER

New York Times bestselling author of Sex, Drugs, and Cocoa Puffs and Downtown Owl, “the Ethicist” of the New York Times Magazine, Chuck Klosterman returns to fiction with his second novel—an imaginative page-turner about a therapist and her unusual patient, a man who can render himself invisible.

Therapist Victoria Vick is contacted by a cryptic, unlikable man who insists his situation is unique and unfathomable. As he slowly reveals himself, Vick becomes convinced that he suffers from a complex set of delusions: Y__, as she refers to him, claims to be a scientist who has stolen cloaking technology from an aborted government project in order to render himself nearly invisible. He says he uses this ability to observe random individuals within their daily lives, usually when they are alone and vulnerable. Unsure of his motives or honesty, Vick becomes obsessed with her patient and the disclosure of his increasingly bizarre and disturbing tales. Over time, it threatens her career, her marriage, and her own identity.

Interspersed with notes, correspondence, and transcriptions that catalog a relationship based on curiosity and fear, The Visible Man touches on all of Chuck Klosterman’s favorite themes—the consequence of culture, the influence of media, the complexity of voyeurism, and the existential contradiction of normalcy. Is this comedy, criticism, or horror? Not even Y__ seems to know for sure.

This reading group guide for Visible Man includes an introduction, discussion questions, and ideas for enhancing your book club. The suggested questions are intended to help your reading group find new and interesting angles and topics for your discussion. We hope that these ideas will enrich your conversation and increase your enjoyment of the book

When therapist Victoria Vick initially assesses her new patient, whom she refers to as “Y_”, she believes that he suffers from a complex set of delusions, revealed to her through his cryptic, capricious behavior. Patient Y_ soon proves to be a truly special case, however, when he confronts her with the unimaginable. A scientist who has been using cloaking technology from an aborted government project to render himself nearly invisible, Y_ uses this ability to observe individuals in their daily lives, usually while they are otherwise alone. Ultimately, Victoria becomes obsessed with her patient and his disclosure of increasingly bizarre and disturbing tales. As a result, Victoria’s interactions with Y_ threaten her career, her marriage, and her well-being. The Visible Man is narrated with a series of notes, correspondence, and transcriptions that catalog a relationship based on uncertainty, curiosity, and fear. The novel explores everything from the influence of media and pop culture, to the implications of science, to issues of voyeurism, normalcy, and reality. You’ll think a lot harder about what you do when you're alone and what it says about who you are.  That, and whether or not you're alone at all.

1. Why do you think Victoria has chosen “Y_” for her patient’s pseudonym? Moreover, what “unique dilemmas” would the other initials that she considered using – V, K, or M – have caused?

2. In Victoria’s cover letter to her agent, she asks in her fourth annotation, “How do I overcome the fact that real people inevitably behave more erratically than fictional constructions?” Do you agree with this suggestion? What behavior among real people have you encountered that would be unbelievable if portrayed as fiction? Who or what defines “normal” behavior?

3. Y_ claims to be seeking Victoria’s help so that he can learn to manage his “sensations of guilt.” Do you believe this is truly why he solicits Victoria’s professional evaluation and guidance? Is he in fact seeking her professional guidance? Do you agree with Y_ in his assertion that feeling the sensation of guilt and feeling guilty are actually two different experiences?

4. The Beatles are mentioned throughout The Visible Man. What impact do these references have on the story? In terms of the Beatles themselves or the themes that exist in their music, why do you think Klosterman chose them as his primary music and pop culture reference?

5. What similarities exist among the characters that Y_ observes? Are any of these characters particularly sympathetic or unsympathetic? Why?

6. Is Y_’s pursuit to observe and monitor the behavior of people who are alone a worthy one? Do you believe, as he consistently reminds Victoria, that his endeavor is scientific? What has Y_ gleaned from his observations? Does he learn more about other people or himself?

7. Y_ asserts that his ventures are not driven by voyeurism. Given the direction his relationship with Victoria takes, do you believe this claim? Why do you think people might derive pleasure not just specifically through the act of voyeurism but through observing people in general?

8. Why does the revelation of Y_’s invisibility suit become such a turning point in his and Victoria’s relationship? Why does Victoria then become so all-consumed by her interaction with Y_? Does she fall in love with him? If so, why?

9. Under what circumstances is Y_ compelled to make attempts to help his subjects? What does this reveal about his character? Are these efforts consistent with the other characteristics or behavior that Y_ displays?

10. The Visible Man is told from Victoria’s perspective. She frequently offers the caveat that she did not record her sessions with Y_ and recounts much from memory. Is she a reliable narrator? What impact does the telling of the story through a character’s manuscript have on you as the reader?

11. The Visible Man explores the assumption that you are your true self only when you’re alone. Discuss with the group whether or not you agree with this notion.

12. Discuss the title of the book. What is the significance of “Visible” as opposed to “Invisible”?

1. If you had the ability to become invisible, what would you do? Use this question to learn more about your fellow book club members and to test how much you think you know about them. Write your answer to this question on a scrap of paper. Collect the answers in a hat and draw each one at a time. Take turns guessing the owner of the answer and repeat until all answers have been revealed.

2. Read H.G. Wells’ The Invisible Man as a companion text. What prominent themes or motifs exist in both novels? Do you think The Visible Man a modernized retelling of Wells’ novel?

3. If you have read any of Klosterman's previous nonfiction books, which include Fargo Rock City, Sex, Drugs, and Cocoa Puffs, Killing Yourself to Live, and Chuck Klosterman IV, how do they compare to this novel?

Chuck Klosterman is the bestselling author of many books of nonfiction (including Sex, Drugs, and Cocoa Puffs, I Wear the Black Hat, Fargo Rock City and Chuck Klosterman X) and two novels (Downtown Owl and The Visible Man). He has written for The New York Times, The Washington Post, GQ, Esquire, Spin, The Guardian, The Believer, Billboard, The A.V. Club, and ESPN. Klosterman served as the Ethicist for The New York Times Magazine for three years, and was an original founder of the website Grantland with Bill Simmons.

By Chuck Klosterman
PRICE MAY VARY BY RETAILER

SEE ALL
See more by Chuck Klosterman
Thank you for signing up, fellow book lover!