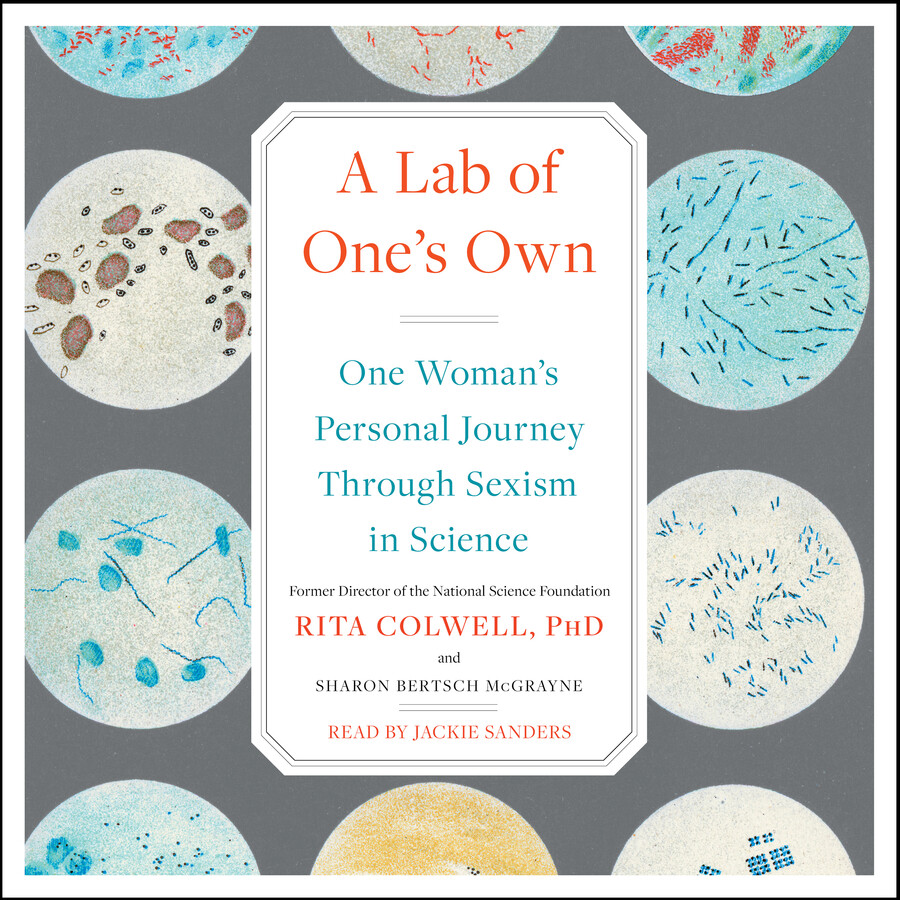 A Lab of One's Own

One Woman's Personal Journey Through Sexism in Science

A riveting memoir-manifesto from the first female director of the National Science Foundation about the entrenched sexism in science, the elaborate detours women have taken to bypass the problem, and how to fix the system.

If you think sexism thrives only on Wall Street or in Hollywood, you haven’t visited a lab, a science department, a research foundation, or a biotech firm.

Rita Colwell is one of the top scientists in America: the groundbreaking microbiologist who discovered how cholera survives between epidemics and the former head of the National Science Foundation. But when she first applied for a graduate fellowship in bacteriology, she was told, “We don’t waste fellowships on women.” A lack of support from some male superiors would lead her to change her area of study six times before completing her PhD.

A Lab of One’s Own documents all Colwell has seen and heard over her six decades in science, from sexual harassment in the lab to obscure systems blocking women from leading professional organizations or publishing their work. Along the way, she encounters other women pushing back against the status quo, including a group at MIT who revolt when they discover their labs are a fraction of the size of their male colleagues’.

Resistance gave female scientists special gifts: forced to change specialties so many times, they came to see things in a more interdisciplinary way, which turned out to be key to making new discoveries in the twentieth and twenty-first centuries. Colwell would also witness the advances that could be made when men and women worked together—often under her direction, such as when she headed a team that helped to uncover the source of the anthrax used in the 2001 letter attacks.

A Lab of One’s Own shares the sheer joy a scientist feels when moving toward a breakthrough, and the thrill of uncovering a whole new generation of female pioneers. But it is also the science book for the #MeToo era, offering an astute diagnosis of how to fix the problem of sexism in science—and a celebration of the women pushing back. 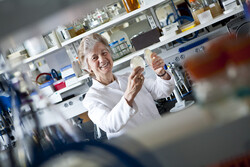 Rita Colwell is a pioneering microbiologist and the first woman to lead the National Science Foundation. She is a Distinguished University Professor at both the University of Maryland and Johns Hopkins University’s Bloomberg School of Public Health and has received awards from the emperor of Japan, the king of Sweden, the prime minister of Singapore, and the president of the United States. She is the author of A Lab of One’s Own.

Sharon Bertsch McGrayne is the author of five books on the history of science, including Nobel Prize Women in Science, The Theory That Would Not Die, and A Lab of One’s Own, which she coauthored with Rita Colwell. She lives in Seattle.

"Narrator Jackie Sanders favors a neutral, informative delivery as she reads this story of sexism in science. Sanders's approach is similar to author Rita Cowell's strategy when dealing with her obstructionist male colleagues—stay calm and avoid channeling melodramatics or anger. Not surprisingly, there is plenty to get angry about—from the denial of Colwell's research fellowship request in 1956 ('We don't waste fellowships on women,' she was told.)—to Nobel Prize winner Francis Crick's 1964 groping of a female Harvard undergraduate. Colwell, the first woman to lead the National Science Foundation, persevered in her career to make historical discoveries relating to cholera and anthrax. Alas, the real tragedy of scientific misogyny is that half the population is effectively prohibited from helping to solve the world's problems."

“In this, an era of changing climate and sweeping epidemics, we need great scientists more than ever. Yet for generations, women scientists have been under-funded, condescended to, denied jobs and lab space, and robbed of recognition for their discoveries and contributions. Rita Colwell has been a leader in the fight to change all that. You will be riveted by the true story of how she and other women scientists methodically undertook to challenge biases and dismantle barriers, using the classic tools of their discipline: facts, data, measurement, and the persistence to try and try and try yet again.”
– Liza Mundy, New York Times bestselling author of Code Girls: The Untold Story of the American Women Code Breakers of World War II

“Beautifully written… as much a call to arms as it is autobiography. An unforgettable tell-all that’s rife with details of insurrection, scientific breakthrough, and overcoming the odds.”
– Kirkus Reviews (starred review)

“A Lab of One’s Own is both a human and a humane story... wonderfully readable for scientists and non-scientists alike.”
– Dr. Hilary Lappin-Scott, OBE, former president of the Society for General Microbiology

“Colwell's forthright memoir is an inspiring read for women embarking on a career or experiencing career challenges. The book is also a must-read for those in higher education seeking to support women in S.T.E.M.”
– Library Journal (starred review)

“A fascinating account, full of detail about the crises solved under Rita Colwell’s leadership, among them the fight against cholera and the Anthrax scare during the early part of this century.”
– Dr. France Anne Córdova, former director of the National Science Foundation and former president of Purdue University

“A great read and a profound commentary on the challenges that women in academic science have faced.”
– Dr. Jennifer Doudna, professor of molecular and cell biology and of chemistry at the University of California, Berkeley

“With her characteristic wit, Rita Colwell has produced a compelling portrait of a better future for science and instructions for how to achieve it.”
– Dr. Jo Handelsman, director of the Wisconsin Institute for Discovery

“A terrific adventure story through the world of science: overcoming the bad guys, forging teams to fight battles, and doing the right thing when needed… Rita Colwell’s rousing memoir is an inspiration.”
– Dr. Ben Shneiderman, professor of computer science at the University of Maryland, College Park

“A refreshingly candid story of how the tenacity and grit of one of the world’s great scientists enabled her to overcome prejudice and push back cultural and bureaucratic barriers to transform a research field that saves lives and open doors for other women in science.”
– Dr. Neal Lane, former chancellor of the University of Colorado, Colorado Springs

A Lab of One's Own

One Woman's Personal Journey Through Sexism in Science

You may also like: Science and Nature Staff Picks