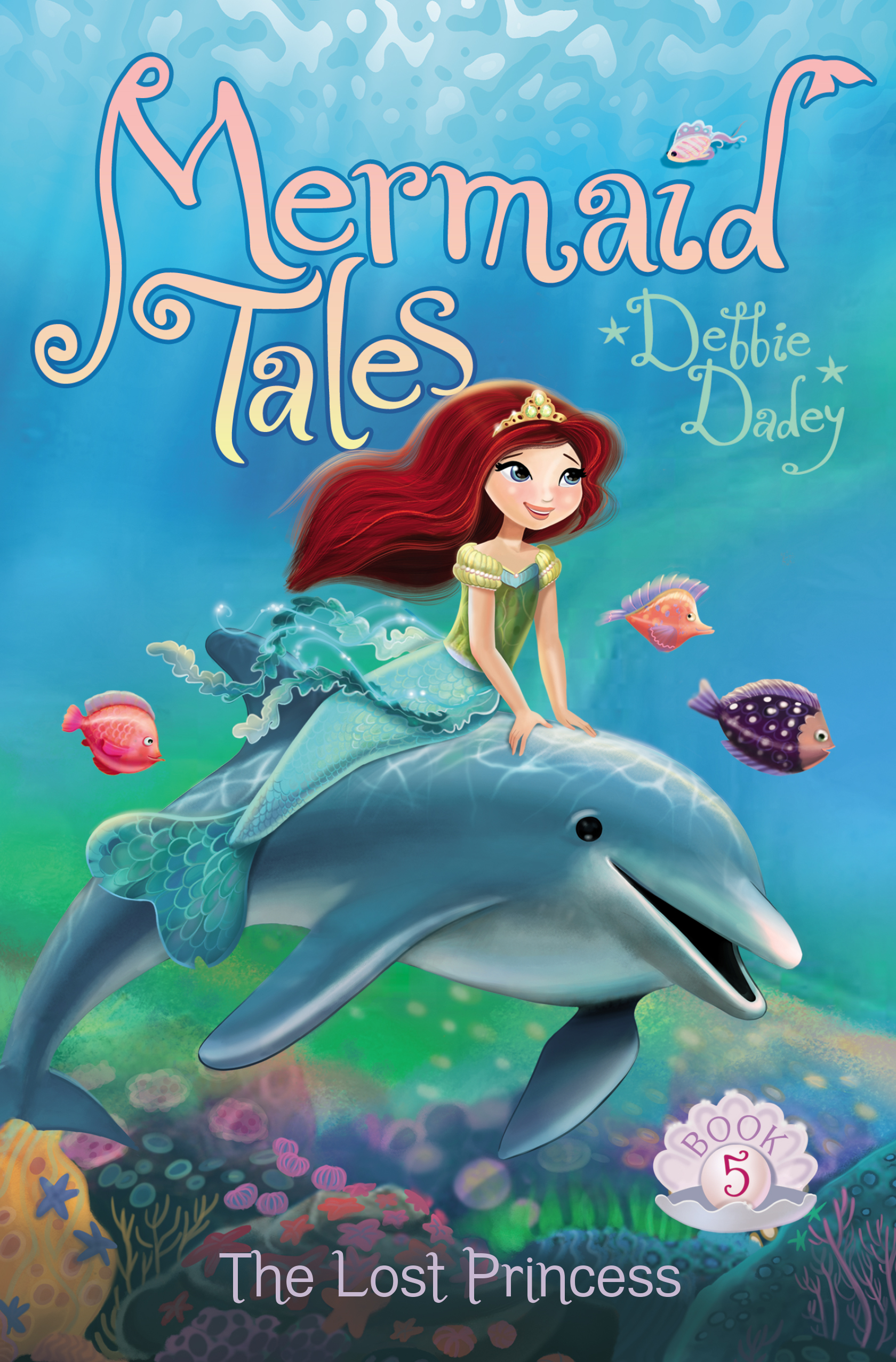 In this Mermaid Tales adventure, Shelly’s not sure she’s ready to be royalty.

Not one of the merkids in Shelly Siren’s third grade class can believe the shell-shattering news: Shelly is a princess! A real princess! It’s been a deep, dark secret in Trident City, but now everyone knows—and Shelly doesn’t know how to act. Should she start wearing a glittery crown? Or move to a grand undersea palace? Will her friends have to call her Princess Shelly? She knows it’s an exciting turn of events, but Shelly’s not sure she can truly fit the royal part. Can she find a way to be a princess and stay herself?

CLASS, HERE’S A RIDDLE. What creature has a head, a soft body, and one foot?” Mrs. Karp asked her classroom of twenty third graders.

One excited merboy blurted out, “A dolphin with a big belly?”

Mrs. Karp raised a green eyebrow. “No, Rocky, these creatures sometimes have a shell. Can anyone else tell me the correct answer?”

Shelly Siren pushed her red hair out of her face and slowly raised her hand. “Is it a mollusk?”

Mrs. Karp slapped her white tail on her marble desk. “Correct! And mollusks are the subject of our next project.”

Rocky groaned. “Mrs. Karp, do we have to do another seaweed report?” The entire class held its breath. The merkids had been at Trident Academy for only a few weeks, and already they’d done assignments on sharks, whales, krill, and famous merpeople.

“No. Instead of reports we’ll be making sculptures!” Mrs. Karp said. “Tomorrow your art teacher, Miss Haniver, will give you a lesson on sculpting. Won’t that be delightful?” Mrs. Karp smiled at the merboys and mergirls.

Shelly thought making a sculpture sounded hard, but she hoped it’d be easier than a written report. She’d much rather be playing Shell Wars than sculpting or writing a paper. Shell Wars was a fun game where you used a whale bone to toss a shell into a chest guarded by an octopus, while the other team tried to stop you from scoring.

Shelly’s good friend Kiki Coral asked, “Mrs. Karp, I read in the Trident City Tide that there’s a group of vampire squid living on the other side of Whale Mountain. Are they mollusks?”

Mrs. Karp nodded. “Yes, they are. Vampire squid are one of my favorite mollusks because their light organs make a lovely glow when they are disturbed.”

“Vampire squid?” Rocky gasped. “I’ve heard about them. They come into your shell at night and suck your blood!”

Echo’s eyes widened and her pink tail shook. “It worked,” she whispered to Shelly. “I’m terrified.”

“Now, students, we have quite a busy day. First, we’re going to meet Madame Hippocampus, who will teach you merology. Then, after lunch, we’ll visit the library so you can decide which mollusk you would like to sculpt.”

Rocky and a few other boys frowned. “Do we have to study merology?” Rocky asked.

“Of course,” Mrs. Karp said. “To be a well-rounded merperson, you must know everything about merhistory, government, and society. And, class, if you have never seen a hippocampus before, do not scream when you first see Madame. It is not polite.”

“A hippocampus!” Rocky shrieked. “I heard they have six heads and twelve eyes!”

Mrs. Karp glared at Rocky. “That will be quite enough. You must stop spreading these silly rumors. They can only cause trouble.”

“What’s a hippocampus?” Shelly whispered to Kiki as they glided to line up. Kiki was probably one of the smartest merstudents in class and usually knew the answers.

Kiki whispered back, “A hippocampus is part dolphin and part horse. But I’ve never seen one. I wonder which part is which.”

“I guess we’ll find out soon enough,” Shelly said. “Whatever she looks like, I sure hope she’s nice.”